The minimum wage and Martín Elías were the two most googled terms in Google’s list of top 2017 searches in Colombia. Music and sports featured extensively, while ‘How to be a Latin Lover?’ was the most-asked question.

There aren’t many mornings that find you dancing to vallenato music with a Martín Elías impersonator before you’ve even had your first coffee.

But then there aren’t many days when you’ll eat breakfast opposite a pretend Pope while a strange spy-type character hovers nearby and a person with dwarfism clutching a wad of cash worries past.

The ever-imaginative team at Google had teamed up with Andres Carne de Res to bring 2017 to life at a press breakfast, with nine lists of top 2017 searches in Colombia.

Carolina Angarita, general manager of Google Colombia, explained that while social media is what we present to the outside world, “when we enter a google search, we are asking what we really want to know, what we are interested in, what we dream of. Nobody is looking at us, we can ask what we want.”

The poor Pope stumbled on his way to the stage and got lost several times in his short speech. But, at number four, he wasn’t google Colombia’s most-searched-for personality. That honour went to Martín Elías – the promising vallenato star who was killed in a car accident this April. Patricia Teherán, considered one of the most important female voices in vallenato history, came in at second place. The vallenato star died in 1955, but this year her story was televised by Caracol. 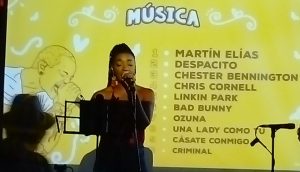 Music featured heavily, with its own top ten and a separate top ten of the most-searched-for song lyrics. Mind you, how ‘Despacito’ topped that list is a mystery to me – surely it’s been played enough that there’s barely a soul left on the planet, nevermind Colombia, who needs to look up the words?

Angarita said, “Colombia is one of the countries in the world that is most interested in music on the internet.” She continued, “We learned more reggaeton songs and we still love vallenato.” Not many surprises there then.

Equally unsurprising, given the country’s passion for sports, was that athletes and sports events dominated the lists, with the Liga Águila, Giro Italia, the Tour de France and Russia qualifications all taking top-ten spots on the most-searched list and Rigo Go-go and Coutinho appearing in the year’s top personalities. A padded Nairo puffed onto the stage, panting and apologising for being late.

We British are perhaps overly sensitive when it comes to political correctness, but I did wonder whether it was verging on inappropriate to personalise hurricane Irma as a crazy lady dressed in a maid’s uniform who heckled the speakers and embarrassed members of the audience. The hurricane that wreaked havoc featured on several of the search lists.

In contrast, Google’s Year in Search 2017 video hit exactly the right note and made the hairs on the back of my neck stand on end. Some of the things the world asked were: How do hurricanes form; how to calm a dog during a storm; how to help flood victims; how to make a difference; and how to help Puerto Rico, Mexico, Las Vegas, Grenfell Tower, Syria and more.

Those who live outside Colombia may be surprised by the absence of peace, FARC, and indeed politics and politicians on any of the lists. Indeed, given the prominence of peace in Colombian news, it may also come as a surprise to some who live here. But perhaps it is that very prominence that leads to the lack of searches ­­– maybe people don’t feel the need to search because they are already inundated with peace-related news. Perhaps people are simply tired of reading about both conflict and peace. Or perhaps it reflects an apathy towards the peace process, which would be sad since so many observers have highlighted the importance of civic participation in this post-conflict phase.

I would certainly posit that the lack of politicians on the list does not bode well for voter-turnout in the 2018 elections. Let’s hope the 2018 presidential campaigners do not ignore the fact that the minimum salary topped the list of search trends for 2017. It was certainly hard to ignore the little person circling the room and muttering ‘It’s not fair’ as he clutched his cash.

Returning to the things people did search for, and they asked are some interesting questions. ‘How to be a Latin lover’ was at the top, followed by ‘When is Mother’s Day?’ and ‘Where is Mocoa?’ The importance of family here comes through with ‘When is Father’s Day?’ also making it into the top ten.

I’ll leave you to make what you will of the rest of the results. 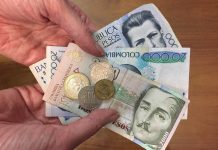 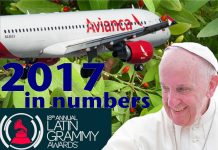