The effects of El Niño, which hit the country’s hydroelectric generation capacities, had been compounded by serious incidents at two power plants, causing energy bosses in March to advise President Santos that electricity rationing was needed.

Instead, the government launched a three-pillared energy drive, which has proven successful.

This has seen daily press releases congratulating the country on the amount saved, along with government and businesses turning off their lights after 6pm and financial incentives offering increased savings for those using less energy, as well as extra costs for those using more.

Second and third have been increasing thermal power – which represented 51% of the country’s energy generation in March – and importing electricity from Ecuador.

While the effects of El Niño will be felt for at least another month, on April 2 the president assured the public that “the spectre of rationing has passed”.

He exhorted people to continue with the good habits of conserving water and electricity that had been developed in recent months. 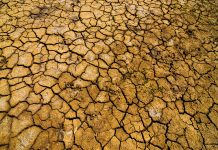