Home In This Edition Separated by a common Spanish language

There are so many regional differences when speaking the Spanish language that at times even native speakers get confused. Diana Mejía explains how the variations evolved and what to look out for.

A Cuban, an Argentine and a Spaniard walk into a bar… but will they all get the joke? Even assuming that the Spaniard does indeed speak Castilian, these native Spanish language speakers may have a difficult time understanding one another – at least until the drinks are poured!

Let’s backtrack for a minute, and return to the time of the colonisation of the Americas. In the Iberian Peninsula, a plethora of Romance vernaculars such as Catalan, Galician and Andalusian were spoken regionally.

Nonetheless, the colonisation of the New World coincided with the period when Castilian was taking a dominant role in the peninsula, prevailing as the official language of the unified Spanish Kingdom. And so, Castilian, better known now as Spanish, took root in the New World.

The evolution of the Latin American vernacular happened slowly, as waves of immigration steeped the continent in tradition and history, blending and clashing with those of the indigenous populations.

The three people at the bar would each have been speaking a form of Spanish whittled away by hundreds of years of divergence from their common ancestor. This evolution of the Latin American vernacular happened slowly, as waves of immigration steeped the continent in tradition and history, blending and clashing with those of the indigenous populations and their languages.

The Cuban speaker, for example, may have been using words of African origin peppered into their vocabulary, a byproduct of the slave populations brought over in the 16th century to work the sugar plantations. Meanwhile, the Argentine’s lilt would have been clearly influenced by the recent mass immigration of Italians in the late 19th and early 20th century.

Latin American Spanish is not only a reflection of its first settlers, but also the totality of its population, including immigrants and natives. And with close to 400 million speakers across more than 20 countries, the amount of local variations in grammar and pronunciation are difficult to imagine.

Fortunately, there is little difference in literary, scientific and the otherwise standardised written language, so picking up a newspaper in Madrid or Montevideo shouldn’t be a problem!

In this piece, we will look at some of the most obvious divergences in the Spanish spoken around the continent and in the Iberian Peninsula.

One of the first lessons many Spanish-learners in Latin America are taught is to ignore a whole column in their verb charts, correctly explained as something they would only need to learn if they planned on travelling to Spain. Those are the ones corresponding to vosotros (second person plural), which is used instead of ustedes to refer to groups of people.

The pronoun corresponding to this form is os and is as seldomly used in Latin America as vosotros.

The use of os, vuestro or vosotros in Latin America may be heard at a sermon or in a very solemn discourse. Used outside of this context, it may make someone think of a 16th century novel they read in high school – or the last Spaniard they met.

In Spain ustedes (plural) corresponds to usted (singular) as a formal pronoun. In Latin America it’s used as the second person plural in all contexts regardless of formality.

On the other hand, parts of Latin America use the pronoun vos, which takes the place of tú and has its own conjugation, which is very regular:

In Argentina, Uruguay, Paraguay and much of Central America, its use is the general norm, while it lives side-by-side with the use of tú, or el tuteo in Chile as well as in Antioquia and Valle del Cauca here in Colombia.

Turning the tables on the use of vosotros, vos was originally brought to the continent by the Spaniards. However, the use of this pronoun fell out of use in Spain long ago but has remained unscathed in parts of Latin America. In Spain you can occasionally find examples of a different vos – conjugated like vosotros – historically used as a formal pronoun even more reverential than usted.

The seseo is the pronunciation of both the c (before an e or an i) and z as an “s”. While this is the norm in Latin America, most Spaniards use the ceceo, which makes a “distinción” between these sounds.

Having this distinction certainly makes spelling easier, as the written form simply follows the spoken words. It also helps to distinguish words that in Latin American Spanish are homophones:

So why did this useful bit of pronunciation get lost in the New World?

At the time of the colonisation of the Americas, there were two predominant forms of Castilian spoken in Spain: one in the north of Castile, with a stronghold in Madrid; and another in Seville, the city that would be the main link to the Americas because of its strategic Puerto de Indias.

It happened to be that in Seville, both the Z and C were pronounced in a similar way to the S. Why was that? The historian Peter Boyd-Bowman explained in an interview with BBC World that the /θ/ sound was seen to belong to a lower social class, since it was associated with the Moors living the region at the time.

Thus, it was to be that the Sevillian way of speaking Castilian came to be the predominant form of “Spanish” spoken in Latin America. However, because the court, the king and much of the written Spanish came from Madrid, the spelling never did without the C/Z distinction.

Another factor that may have weighed in would have been the ease of use in the New World. Simplifying the phonemes may have helped the colonisers spread the language and facilitate learning amongst indigenous populations. Indeed, any anglophone who’s tried to help a foreigner with English pronunciation will know that /θ/ is a notoriously difficult sound to replicate.

Speaking of the letter S, anyone who has taken a recent trip to the coast, or perhaps watched Neruda, set in Chile, may have had a hard time understanding the Spanish spoken by the colourful characters.

La aspiración de la s refers to the omission in pronunciation of the letter S, usually replacing it with a faint sound similar to the English H. ¿Ehtán lihtoh?, en lieu of ¿Están listos?

This pronunciation – one of the hardest for learners to pick up on – is widespread in the Caribbean as well as Chile and parts of the River Plate area.

Similarly to the C/Z/S, the Y and the LL originally existed as separate sounds and are still pronounced that way in parts of the Andean region and Spain. However, the predominant form in most modern Spanish dialects is the yeísmo; that is, the practice of pronouncing the LL in the same way as the Y is pronounced; a “y” or ‘j’ sound in English. Thus, a Spanish speaker from Bogotá would pronounce both haya and halla exactly the same way.

A particular form of the yeísmo is seen in Argentina and Uruguay, where the Y and the LL take on a completely different sound, similar to the French J /ʒ/ or the English SH /ʃ/.

So, do you have to learn all these variations to communicate with Spanish language speakers abroad? Of course not! Much like a Canadian, a Kiwi and a Scott will understand each other – perhaps with a bit of patience – speaking slowly and clearly, and asking your counterpart to do so as well, will allow you to have meaningful conversations with Spanish language speakers from around the globe. 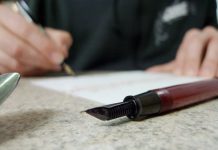 Writing with class: A guide on how to write Spanish letters 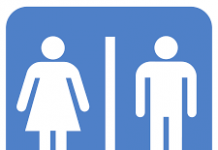 OPINION: Inclusive gender-neutral Spanish is riling linguistic authorities, but will it stick?