Home Amazon Welcome to the jungle… in Putumayo 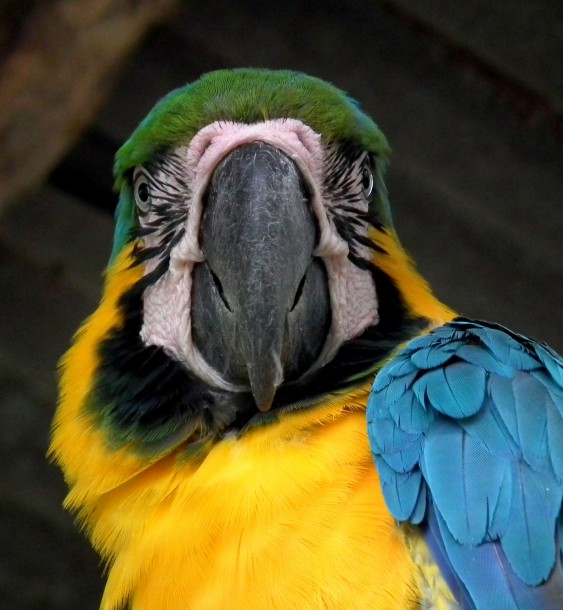 As I wipe the condensation from the bus window, it’s clear that things have changed since I dozed off some 10 hours earlier: the dawn light reveals thick green forest, shrouded in mist and occasionally interrupted by fast flowing rivers, rolling and tumbling over smoothly polished boulders. A flock of parrots bursts from a nearby treetop, screeching no doubt, but rendered mute by the hum of the air conditioning and the glass separating us. The Andean chill of Bogota seems a million miles away, and the mountains of the western cordillera have melted away, replaced by Putumayo’s jungles.

Putumayo remains a byword for danger for many Colombians: this southern department, sprawled along the Ecuadorian border, has traditionally been a major coca growing region, and has seen more than its fair share of the violence meted out in the name of Colombia’s most lucrative illicit trade. Mocoa, the department’s capital, where my bus has deposited me on this hot, close morning, is a small, fairly isolated city of less than 40,000 people, bordered by thick jungle on all sides. The only major transport links come from the north: every night, a bus leaves Bogota, passes through Neiva and Pitalito, and ends up here. The other options are a hair-raising six-hour bus over the mountains on the so-called ‘Trampoline of Death’ to Pasto, or deeper on into the forest, and the seldom-used Putumayo-Ecuador border-crossing. It’s no wonder that Mocoa remains an under-visited and little-known destination.

Colombia is generally less associated with Amazonian experiences than its neighbours, Ecuador, Peru and Brazil. The major access point to the country’s jungle is in Leticia, a remote city, barely accessible by road, and the decades-old internal conflict has left vast swathes of forest in the eastern plains as no-go zones. So Mocoa, a mere 12 hours by bus from Bogota, has the potential to become a fantastic destination for travellers looking to spend some time in Colombia’s jungles.

With little to do but hike, swim in waterfalls, partake in a traditional ayahuasca ceremony and observe but a fraction of Colombia’s remarkable biodiversity, Mocoa is the ideal place to disconnect from the world for a while, and even from other travellers. With just one hostel in town, Mocoa remains very much an off-the-beaten-track city. The urban area itself is unremarkable, a one-storey affair, gradually being encroached upon by the surrounding jungles, and Mocoa has a different feeling to it than other Colombian cities. Mocoanos (as people from Mocoa are called) seem less gregarious, more closed-off, than the average Colombian. This makes sense, as they’ve seen their fair share of trouble here. Evidence of the ongoing conflict still lingers in the roadside tents that stretch along the edges of the highway, housing hundreds of newly displaced people from the interior of Putumayo.

The aforementioned one hostel in town, the Casa del Rio, is a little shabby and rough around the edges, and could probably use a fresh coat of paint, but what it lacks in cutting-edge decor it more than makes up for with its enviable location – set in front of the Rumiyaco river, a popular local swimming spot, and with large grounds filled with fruit trees and forest, the hostel couldn’t offer a better introduction to this place. At dawn one morning, wandering over towards the main hostel building for breakfast, I am diverted by the sight of a large group of tiny brown-mantle Tamarin monkeys, whistling at me from the overhanging branches. This same group of delightful, brazen primates will later come down to feed on bananas taken from the hands of the hostel’s Belgian, tennis-obsessed owner.

The main attraction in Mocoa is the hike to the Fin del Mundo waterfall, an impressive cascade dropping some 80 metres into the jungle from a perilous overhang. Reached by an intense one-hour hike into the forest, arriving at the ‘End of the World’ first requires the visitor to pass by three stunning little waterfalls and swimming holes dotted along the river: the cool, bottle-green waters of these pools are a welcome relief from the jungle humidity and unrelenting sweat. My hiking companions immediately strip off and dive in; I opt to keep my swim shorts on!

After a few hours of leisurely bathing, gazing up at the clouds and watching swifts hawking over the water for insects, we press on to the “end of the world,” an apt name for a place that feels like it’s yet to be truly discovered. With no barriers or warning signs, the visitor can edge towards the cliff top, and gaze down into the jungle as the torrent of water rushes over into the canyon below. A tough descent on a muddy and treacherous path brings you to the base of the falls, where the roar of the water drowns out the sounds of the jungle, and the mists soak you to the bone. There are other waterfalls to hike to around the city, each one worth a visit if you have the time. However, they all pale slightly in comparison to Fin del Mundo, one of my Colombian highlights.

Another must-visit spot in Mocoa is the Paway Centro Ecoturistico Amazonico (Paway Amazon Ecotourism Centre), a small, locally-run animal rescue and welfare centre, a few miles outside of town. A sign on the edge of the road directs you to follow the path into the forest, and after a strenuous uphill hike you are greeted by a wonderful little Mocoan menagerie –  the centre boasts a stunning butterfly house, a large collection of rescued parrots, macaws and monkeys, and, best of all, ‘Chonta’ the Colombian Woolly Monkey. This irrepressible youngster is free to wander the grounds, and spends much of her time clutching onto the shoulders of any visitor who takes her fancy. The centre aims to rehabilitate captive or abused animals, with many of them slated for release programmes within Colombia. While the owner is slightly brusque and unfriendly, the good work they are doing is obvious, and for less than $10,000 COP a visit, it’s not a bad place for your money to go.

In all honesty, Mocoa is unlikely to ever become a must-visit tick on the check-list of South America’s backpackers. It’s too remote, too relaxed and lacks that one bucket-list attraction that would draw the hordes of guidebook toting travellers. However, the fact that this kind of Amazonian jungle can be reached by a simple bus journey from the capital makes Mocoa remarkable in itself.

Falling asleep wrapped in blankets at 2,600 metres above sea level and waking up to the sight of jungle, monkeys, parrots and waterfalls really highlights the remarkable diversity of Colombia’s environment and a visit to Putumayo is a wonderful way to experience the richness and variety of the Amazon without needing to board a plane. 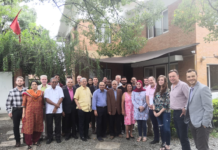 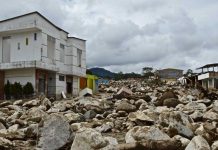 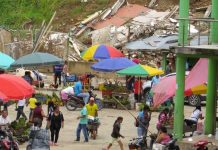