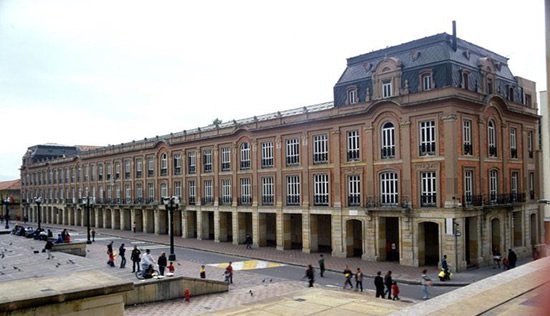 The Bogotá city council has problems. A quarter of Bogotanos don’t even know that it exists. Of those who do, 65% are unimpressed by its performance. That’s according to a citizen group called Bogotá Cómo Vamos, who also say that of the 45 council members, only 13 have an approval rating higher than 50%.

Principal functions:
1. Political Control: Supervise the mayor and all parts of their government.
2. Create and Approve Legislation: Legislation can be created by the council members themselves, or they can approve or reject legislation proposed by the mayoral administration or fellow council members

Nevertheless, the council must be a fairly attractive job. If it weren’t, then surely 32 of the 45 incumbents wouldn’t be running for re-election, against 520 others looking to get elected for the first time.

Why are there so many candidates? And why should Bogotá care? The answer to both questions might be the same: while the mayor, for better or worse, gets all the scrutiny, the council still wields considerable power, but does so with barely a fraction of the mayor’s media attention. Those cushy conditions attract some politicians looking to take advantage of their access to the city coffers, and some looking to keep the mayor’s power in check (or sabotage the mayor’s plans, depending on how you look at it).

How much power does the council actually have? Enough to do quite well for themselves: look at the contracting carrousel scandal, in which contracts were given out in exchange for bribes  under Samuel Moreno’s mayorship in 2008-11. It cost the city about COP$2 billion pesos (a little less than USD$700 million), and six council members elected in 2011 had to vacate their seats for their alleged involvement in it. Eleven more were under investigation but refused to step down.

Some of these council members would face serious consequences. Andrés Camacho, who bought two luxury houses and a BMW with illicit income while on the council, is now serving a 40 month suspended sentence. Another councilman, José Juan Rodriguez, was accused of being the “brain” behind the Calle 26 contracts given during the carrousel, which cost the city an estimated COP$100 million. He would later be convicted and sentenced to prison for corruption.

Not all of them would have such bad luck with the law, though. Twelve council members, including six current ones, were absolved by the procurador (the government official who supervises most public servants) of all crimes committed before July 2010, due to the statute of limitations expiring on the investigation. They are now being investigated for crimes committed after July 2010.

Related – Bogotá: The race for mayor

The procurador doesn’t even give much value to the council members themselves confessing to crimes: he absolved ex-councilman Jorge Salamanca in spite of his confession to accepting a COP$500 million bribe.

And it’s not even as if they need to steal to have a nice life. If the council members attend every session of the council (they are paid COP$1,000,000 pesos for each one) in any given month, they receive COP$20 million, plus a COP$900,000 allowance for petrol, which means they can make more than 20 times the average salary in Colombia.

Those council members who do their job seriously and honestly can have a significant political impact by exercising their principal function: supervising the mayor and their administration. During current Mayor Gustavo Petro’s administration, the council has made their presence felt by blocking several of Petro’s major projects.

Their most important rejection was of the mayor’s 2014 proposal to create a company to manage the metro, the most urgent infrastructure project in the country, claiming that the proposal did not prove that the company would be technically and fiscally viable. Bogotá cannot build the metro unless that company is created.

The council also rejected Petro’s 2014 tributary reform, which aimed to reduce traffic in Bogotá by implementing a congestion charge, and to make property taxes more equitable. Council members claimed that such changes amounted to an unacceptable tax increase.

Semana magazine stated that the council was in part blocking initiatives simply to make the mayor’s life difficult. To support their argument, the magazine points out that council members initially supported initiatives to set aside money from future budgets for state schools, and to ban bullfighting in Bogotá, only to withdraw their support when Petro came out in favour of them. The council president, for his part, blamed Petro for their adversarial relationship, calling him a “despot” and saying that he “ridicules criticism and doesn’t recognise his mistakes”.

Whatever the council’s motives, there is no doubt they can be the difference between political success and failure for the country’s second most important executive.

Towards a Less Anonymous Council

Considering the corruption allegations surrounding the council, and the power it has over the mayor, the lack of interest that Bogotanos show in it is alarming. That could change, though, with some of the fairly well-known candidates running in the 2015 council elections.

Below are some of the most prominent names throwing their hat into the ring this year. Maybe a council with more recognisable names will also be a council that gets more attention from the voters.