This week, the Women’s Game Jam will take place in Colombia for the first time.

For the first , a group of all-female developers join in this video game “hackathon”, better known as Game Jam. For 48 hours, participants will meet to develop ideas, form teams, make new creative and innovative games, and introduce them to their peers and the global community.

The Women Game Jam (WGJ) is an initiative that was born in 2018 in Brazil, with the intention of promoting the development of video games by women. The third edition will be held from September 6 to 8 simultaneously for the first time in 4 Latin American countries – Peru, Argentina, Mexico and Colombia, and from September 13 to 15 in Brazil.

According to my company’s research, more than 70 companies are engaged in the development of video games in the country, and although it is a sector that is very friendly women, they show no interest in becoming part of the industry.

The research shows that there are many barriers making games, one of which is the way we approach leisure. In IT they prefer to address issues of security and innovation. However, this is a space open to everyone with an interest in promoting the development of games by women, in an ecosystem in which I estimate that only 10% belongs to this gender. Not to mention the percentage of companies led by women, which is almost invisible.

The Women Game Jam seeks to stimulate women’s sense of belonging to the community of local game developers, to make it possible for women who are already or want to be in the gaming industry to get to know each other, show their work to the industry, and create a friendly environment and an experience sharing space for beginners or experienced developers.

“Less than 10% of the resumes we receive at Teravision Games are from women, and we know that it is a fairly similar situation in the rest of Colombia’s video game companies; however, accept this as the reality of our industry and just waiting for it to change, is simply to ignore the problem.” said Cyndi Ordoñez, Studio Manager at Teravision Games.

“That is why at Teravision Games we are committed to carrying out efforts focused on sponsoring and supporting courses and events that emphasize women’s participation, in order to generate greater opportunities for inclusion in our industry. Surely our initiatives at Teravision Games will not be enough to achieve a large-scale change, but as Gandhi said: ‘Be the change you want to see in the world,’ so we have to start by wondering how we can be agents of change, each from their position and their available resources, and do everything in our power, because a diverse industry is a better and more robust industry,” she continued.

With a mission to share knowledge and prepare the ground for this jam in Colombia, open video game development workshops were organized for men and women. These workshops were completely free and taught by professionals in the video game industry. There were record numbers of female participation, and the jam event is a record in itself: about 40 women who will dedicate themselves only to the development of video games, as well as 15 organizations linked between video game studios, academies and technology centres.

“I love game jams, they are an excuse to make a game without having to worry about , release dates, success among players, and so forth,” says Juliana Montes, Full Stack Developer in Jam City. She was a participant in the WGJ in Brazil in 2018, thanks to the call of Girl Games, organized by the Goethe Institut and the European magazine SOFA.

She explained, “At the WGJ, I participated last year it felt like a sleepover in which we not only games, we also found people with interests and related issues, and it was a safe space to talk about all that.”

“It’s fun to produce a game without thinking about how to make it commercial; however, it’s a product that one can then add to their so that when applying to companies, there is evidence of our abilities to make games. Add to that that there will only be women on this occasion,” she said.

Pre-registered participants do not have to have previous experience. This is a jam that, unlike the previous ones, will generate learning spaces during the event, in order to encourage the development of video games. There are more than 20 volunteers and mentors who will participate.

During this activity Jam City, Teravision Games and Foody will be receiving resumes, while Naska and Arkde will be offering their video game development courses and workshops.

From Tan Grande y Jugando, we organize and accompany other events that promote the development of video games in Colombia, such as Campus Party 2019, La Liga Indie de la Unión E-Gamers, DevTalks by Ashara Games, Jam ORIGINs – the first binational jam between Colombia and Mexico with the support of Platzi, the Center of Digital Culture (Mexico), and the video game development studios Big Monster (Mexico) and Ashara Games (Colombia), and soon we will be in SOFA2019 with the developers.

For more information about the Jam: https://tangrandeyjugando.com/wgj-2019/ 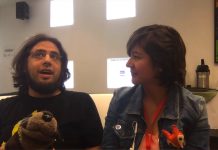 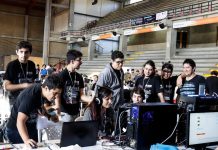