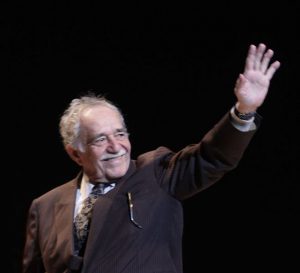 No work is as consistently mentioned atop the Latin American literary canon as Gabriel García Marquez’s 100 Years of Solitude, making it nearly impossible to measure the impact of the novel that may ultimately be Colombia’s greatest gift to the world.

Mexican-American scholar Ilan Stavens calls the book “the bible of Latin America” and says that 100 Years of Solitude is, along with Don Quixote, one of two works that justifies the existence of the Spanish language. These bold, but not hyperbolic claims illustrate how Marquez’s magnum opus remains, 50 years after it was published, as poignant and relevant to the political climates and unfolding histories of the region today.

For those interested in Colombian and Latin American cultures who haven’t read 100 Years of Solitude – despite five decades worth of chances – our first suggestion would be to do so. You can even check out Gabo’s free archive available digitally from the University of Texas at Austin. Our second suggestion, or temporary solution, would be to dive into this brief breakdown of important points we’ve put here to make it sound like you’ve read the masterpiece of Macondo.

In the story’s iconic opening line we are introduced to the first two generations of Buendías: “Many years later, as he faced the firing squad, Colonel Aureliano Buendía would remember that distant afternoon in which his father discovered ice” (Gregory Rabassa translation).

Aureliano Buendía, who will eventually lead Macondo’s leftist revolution and “who fought 32 battles and lost them all,” is the son of Macondo’s founder José Arcadio Buendía. The family patriarch is the Quixote of the story, a man lost to madness who maintains himself on ridiculous and unconquerable quests. Obsessed with technology, he invents a daguerreotype to try to photograph God.

Though Christianity is the dominant religion of Latin America, García Marquez’s book comes off as one of the more Godless texts imaginable among the region’s famed works.

The insomnia plague brought by the orphan Rebecca that leads to everyone coming down with a collective “forgetfulness” permits another genius image from García Marquez of the town having to label every object to remind themselves the names of everything. The people of Macondo go as far as writing on the sign into town “God Exists,” to recall and reinforce their own collective beliefs.

However, the townspeople still forget the context in which these names mean anything, lending to Marquez’s ultimate commentary that political histories easily go forgotten and are doomed to repetition within a system that is short-sighted enough to think writing names on things will improve peoples’ memories. 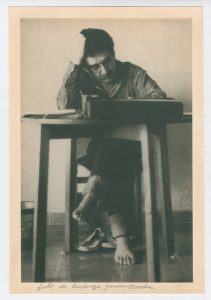 Marquez’s common thread throughout the novel lies in the characters’ inability to escape their fates. When compared to Borges’ obsession with metaphysical idealism in Ficciones or Cortázar’s meditations on chaos and how it controls our consciousness in Hopscotch, Marquez’s masterpiece might not seem as weighty on the surface. However, Marquez’s style opens up a space to comment on the futility of political movements in Latin America where conservative authoritarianism gives way to the left-wing dictatorship, and vice versa.

The repetition of social and political violence, combined with the comic repetition of the names José Arcadio and Aureliano throughout the male heirs of the Buendia family, helps to define Marquez’s point that there is no way out from the cyclical nature of fate. It’s no accident that it is ultimately a hurricane, a storm that moves in circular revolutions, that wipes out Macondo at the story’s end.

The novel often gets stuck with the term “magical realism” for its far-fetched images like yellow butterflies raining from the sky or a girl who is so pure she is lifted up to the heavens.

Though Marquez, as most writers of the region, hated the term “magical realism,” the purposeful style lends itself to make the most important points in the novel. If we hadn’t already read that a girl eating pieces of the wall brought an insomnia disease that spread all over the town, it would be much harder for him to convincingly write that everyone immediately forgets about the massacre at the banana plantation strike that left 3,000 people dead when the government convinces them it was a dream.

The massacre at the book’s climax, as witnessed by Jose Arcadio Segundo (the fourth generation of Buendia) shows how deeply woven together Marquez’s text is if we think back to the spell of “forgetfulness” that came over the town. Unable to convince anyone that what he witnessed was actually real when the government opened fire on his fellow strikers, Jose Arcadio Segundo delves into solitude while he spends the rest of his days trying to decode the prophetic scrolls left behind by the gypsy Melquiades.

The massacre of plantation strikers – based on a real massacre of Colombian strikers in 1928 – also serves as a commentary on the effects imperialism has had on Latin America. In a clear allusion to the once all-powerful United Fruit Company, the banana company in 100 Years of Solitude is headed by a Mr. Brown from Alabama, who at first comes to the town with an optimistic and friendly spirit but soon becomes a totalitarian figure that orders the massacre.

One of the most memorable lines of the book comes from Colonel Aureliano Buendía, who predicts the troubles that will come from the U.S. banana company by saying, “Look at this mess we’ve found ourselves in, all because we invited a gringo to eat a banana.”

The matriarch of the novel

The Buendía matriarch, Ursula, is very purposefully the novel’s most resilient and steadfast character. She represents everything there is to a Latina mother, as she is the solid bedrock of the family who sticks around while the men are off wondering on their fruitless tasks. Her undying faith and love to her family is a constant that Marquez blatantly contrasts with the aforementioned men who are regularly unfaithful to their spouses and off starting wars.

When Jose Arcadio, the first son, is mysteriously shot, the blood from his wound falls from where he had holed himself up in isolation, through the door, across the street and eventually to the Buendía family house where Ursula sees it.

Marquez often hints at Ursula’s lasting reason and often-prophetic warnings, as she wears a chastity belt and warns her husband about incest and their baby being born with a pig’s tail. Ultimately, the last Buendía child born in the book is born with a pigs tail, because Aureliano (of the sixth generation) is undone by his incestuous lust for his aunt Amaranta.

Even for non-readers, 100 Years of Solitude is well-known for “being that book where every character has the same name,” as the chorus of complaints usually goes.

Marquez was the first child born to Gabriel Eligio García and became an older brother to Eligio Gabriel García, giving some explanation for his inspiration to use recycled names throughout.

Marquez always said constant sources of influence came from his grandmother who helped raise him and always told him far-fetched stories while he was young. He would later tell people that all the stories from 100 Years of Solitude, came in some way from the ones his grandmother claimed to be true, including butterflies raining down from the skies.