In the foothills of Sasaima, a warm town a few hours from Bogotá, a spiritual revolution is brewing. At the end of an unpaved dusty road, el mamo Lorenzo Seuny Izquierdo Arroyo has made a home with his family, far from his native Sierra Nevada. He is championing an environmental and humanitarian cause and his tools are traditional medicinal plants, known as medicina ancestral.

“It might look like I’m displaced,” says el mamo whose long dark hair hangs down past his tutusoma, a traditional headdress, and splays onto his robes, “but I came here to exchange knowledge for protection.” By protection, he is referring to la madre tierra which is being damaged to the point of crisis by man. Sacred plants are central to his work as he uses them to create a greater consciousness towards nature and healing in the outside world. These plants, like coca, tobacco and ayahuasca, have long been used by indigenous communities in the Americas as tools for contemplation and connection but are now being used by non-indigenous people. “[The plants] help us find the humanity we have lost,” says Julian, a keen follower of el mamo’s teachings.

A mamo, by western standards, is both a spiritual leader and a doctor. Lorenzo’s face is weathered and kind; his speech is slow and well thought out, if sometimes hard to make out with the coca leaves he constantly has in his mouth. He isn’t one for pleasantries or small talk, but neither is he rude. Rather,  he emits an energy of patience and stillness. The simple finca, which he bought with the help of NGO Colombia en Hechos, is overrun with chicks, chickens, horses and el mamo’s many children. His heavily pregnant wife sits at a reserved distance, by the loom used to make their traditional white robes.

El mamo’s decision to leave the Sierra Nevada and travel to Sasaima came after years of regimented routine and spiritual work. In 2003, while still on the Sierra Nevada, he spent 90 days in a trance contemplating and connecting to nature before arriving in Sasaima in 2008 after consulting with other spiritual elders. Sasaima itself is a strategic point for el mamo’s cause. “Sasaima sits on Seynibyin Ati, the spiritual grandmother who also sleeps under Bogotá,” says el mamo, whose hands are constantly occupied with his poporo, a device that holds a mix of crushed sea snail shells and coca leaves.

El mamo Lorenzo has chosen Sasaima – with the support of Colombia en Hechos and CAAENOC, a council of 35 indigenous spiritual leaders from Colombia’s diverse regions – as the epicentre of his cause. They plan to build two Casas de Pensamientos, representing both female and male, and invite leading spiritual leaders to impart their knowledge. “We want to provide healing to those people who normally don’t have access to this kind of knowledge, anyone can come to heal themselves be that Germans, Chinese and anybody who needs it,” says el mamo on the project’s crowdfunding page.

El mamo Lorenzo is Arhuaco, one of the four indigenous groups that call the Sierra Nevada de Santa Marta home. According to the international organisation Survival International, with over 30,000 people, this Caribbean mountain is Colombia’s largest indigenous stronghold.

The Arhuacos live there along with the Wiwas, Kogis and Kankuamos. Although different, they share the same common belief that they are the centre of the universe, the “big brothers” of humanity, responsible for balancing the earth’s energies with their spiritual knowledge that surpasses that of their “little brothers” (everyone else). For this reason alone, it is surprising to find an Arhuaco family settled in Sasaima, but meeting him is refreshing in a world dominated by euro-centrism.

Although fiercely protected, el mamo’s native mountain has constantly been under threat due to its rich oil reserves and recently approved fracking exploration contracts. “What is below supports what is above,” explains El mamo. “The petrol is a giant snake that helps purify, it’s an organ of the earth. Try pulling out your mother’s organs and see what happens to her.” Central to the Arhuacos belief is that everything is interconnected – not only in its function to one another, but also from past to present.

Delineating a square, El mamo explains “the wise man says that on each square on earth there are 60 lineages back into the past, like stilts of a house, all of humanity has to look after these lineages, through spiritual work.” Central to this process is the use of ancestral medicine.

The world of ancestral medicine, which can broadly be understood as plants that permit the user to become closer to nature, are varied. Their usage and rituals depend vastly upon culture and extend a long way past the well-known Ayahuasca. Those from Santa Marta use coca in a very different way to those in the Amazon. Part of el mamo’s quest is to discover the knowledge behind all the different plants that nativos (how he refers to indigenous communities) use, which has taken him to the Mapuche in Chile and also to Europe. “To understand them we need to find out the creation myth and why they exist,” says el mamo. “Once we know what they are then we can talk to scientists.” His work has lead him to define peyote, coca and tobacco as ancestral medicine with the vote still to come in on marijuana.

It is a common misconception among foreigners and Colombians that indigenous culture is homogenous. Hence, selling ancestral medicine branded as ‘authentic’ earns the question of “authentic to who?” According to el mamo, the use of ancestral plants and the knowledge that working with them can bring is essential to all, not just indigenous communities.

From his modest finca, he holds nine-day spiritual workshops, using tobacco and coca, as an entry into reviving a connection with nature. These events aren’t about losing yourself in hallucinations, but listening to el mamo’s and other leaders’ palabras dulces. These “sweet words” are an intention to provide knowledge, without negative language, a philosophy that’s key to how problems are discussed in Arhuaco culture. “When we are angry, we contaminate,” he explains.

In Latin America, ancestral medicine has become very popular with tourists, bringing complications. Fashionable retreats, often involving the famous hallucinogenic Ayahuasca – also known as yagé – make ambiguous promises of energy cleansing and spiritual awakening, often for a pretty penny. Organisations like El Mundo Mágico offer “spirit of yagé” journeys starting from £400. While it is difficult to put a price on a life-changing experience, many travellers have gone off the beaten track, seeking ‘authenticity’ and lower prices.

Horror stories like the death of Henry Miller, a 19-year-old Brit on his gap year who died after having an allergic reaction in the remote department of Putumayo, have highlighted the dangers of unregulated practice. As more individuals seek medicina ancestral, scientific studies have started but still remain thin on the ground, and have not caught up with the rate of use. With proper regulation, perhaps cases like Henry Miller’s would not have happened.

However, el mamo is aware of the dangers and challenges. “We need to make sure it is being done properly and not through vice,” he says, giving the example of how he chews coca every day not because he can’t go without it, but because he respects the knowledge it is bringing him. Indeed, part of the role of CAAENOC is to keep tabs on different spiritual leaders who use medicina ancestral, as they are the tipping point between responsible and dangerous practice. “Ancestral medicine [in its proper use] is a way of life,” explains el mamo, “they are to be respected.”

A common problem is that these plants are viewed through a westernised perception as recreational drugs and are sold as a one-off experience, whereas they are meant for guidance. El mamo’s project is an exciting opportunity for medicina ancestral to enter into a wider discussion with the outside world. 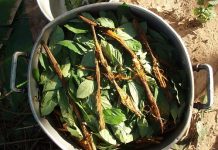 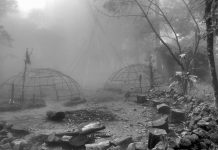 Yagé: On the Quest for Spiritual Enlightenment in Colombia

Ayahuasca: Is It Worth The Risk?