Colombia has had a rollercoaster 200 years of history. Check out some key moments…

The case of the vase

On 20 July, 1810 – nine years before full independence – local Criollos (people of Spanish heritage born in the Americas) used an insult over a flower vase as a reason to riot against the ruling Spaniards.

This forced the Viceroy to agree to limited independence.

The rest, as they say, is history.

Exactly 200 years ago, on August 7, the Battle of Boyacá took place – seen as the unofficial end of Spanish rule.

This was an expansive territory that stretched from southern Central America to northern South America. The name is used to help historians distinguish between “The Republic of Colombia,” which was the territory’s official name and is now Colombia’s official name.

This was a republic consisting of present-day Colombia and Panama. It was formed after Gran Colombia broke apart, following the secession of parts of Venezuela and Ecuador. The territory also included parts of Costa Rica, Peru, Nicaragua, and Brazil.

The Universidad Nacional is founded.

A series of reforms implemented by then-president, Rafael Núñez, which called for a powerful, centralised government rather than state supremacy, and restored the influence of the Roman Catholic Church.

Civil War of a thousand days kicks off.

Outrage at the ‘banana massacre’.

Colombian football finally takes off with the first national championship.

Civil war fought between liberals and conservatives – campesinos, most notably – throughout the country which resulted in at least  200,000 deaths.

Television arrives in Colombia with a rendition of the anthem by the Symphonic Orchestra.

Marulanda Vélez escapes to the hills after a military attack and founds the FARC.

Attack on the Palacio de Justicía.

The current constitution is ratified.

Pablo Escobar is shot on a Medellín rooftop.

Footballer Andrés Escobar is shot after conceding an own goal against the USA.

Attempt at peace talks with the FARC.

Café de Colombia is recognised as a protected label by the EU.

Find here a downloadable version of Colombia’s history to hang up on your wall.

Download the visual version of Colombia’s 200-year history to print and hang up on your wall. Download 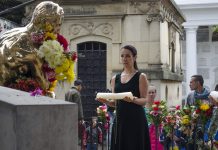 The sounds of Leo Kopp in Bogotá 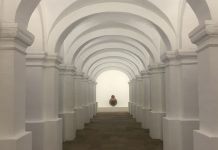