Cali is hot and you’re likely to sweat a bit at Petronio Álvarez. It’s in your interest to drink a lot of water beforehand. Water isn’t cheap at the event grounds (about $5k for a bottle last year, but it was OK to bring some in with you), and there are better ways to spend your money. By the same token (and counterproductively), if you’re a drinker, get saucy before you get to the stadium. Booze there isn’t going to break the bank, but it’s still not cheap. Alternatively, if you’re there with friends, you could split a bottle of viche.

Like a lot of live music festivals, Petronio’s layout is basically a 90/10 split between standing room (a bit of a mosh pit at times) and sitting room. Though there are a few exceptions, those that sit are either families, the elderly, or the bourgeoisie. Those standing in the crowd are everyone else. You want to be the latter. A lot of the draw of Petronio is being a part of something bigger than yourself. Wriggle your way into the crowd and try to migrate toward people bunching together. There will be at least one person leading different dances going along with the music being played on stage. Joining in is the quickest way to ingratiate yourself with locals.

Remontada literally translates to “comeback,” but at Petronio, it refers to the after party. People have their opinions, but for my money, these are actually slightly better than the music festival itself. When Petronio wraps up for the night, grab a taxi (or hitch a ride, if you can) to Ciudad Córdoba, a neighbourhood that festival-goers flock to at night. There, the pounding of drums and repeated chants of “el pueblo no se rinde, carajo” will draw you in. Residents of the complex open up their homes and invite guests in to dance, sing, and occasionally partake in a few rounds of viche shots. You’re unlikely to get a more authentic cultural experience than this.

If it’s your first time in Cali, you’ll understandably want to allocate some of your waking hours to seeing the sights. That’s fine – Cali is a gorgeous city – but less of that. The remontada is no joke. I learned that painfully last year. Make sure you’re going into the evening well-rested and don’t feel bad about hibernating into the late afternoon to do so. Gato Tejada and Cristo Rey aren’t going anywhere.

You can have a great time and still be aware of your surroundings. Be cautious with your personal belongings and try not to bring too much with you to the festival or remontada. Apart from your keys, minimal cash for what you think you need, and a phone (optional, honestly), there’s not really a need for much else. Do a quick scan of your surroundings before pulling out cash or anything else valuable and try to wear clothing that allows you to tuck your belongings away safely when you’re not using them. It’s unlikely that anything bad will happen to you, but do what you can to discourage misfortune. 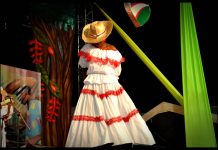 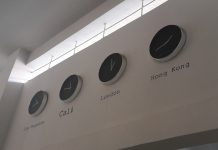 Can Cali get caliente? Ecosystem building and entrepreneurship in Colombia’s third largest city