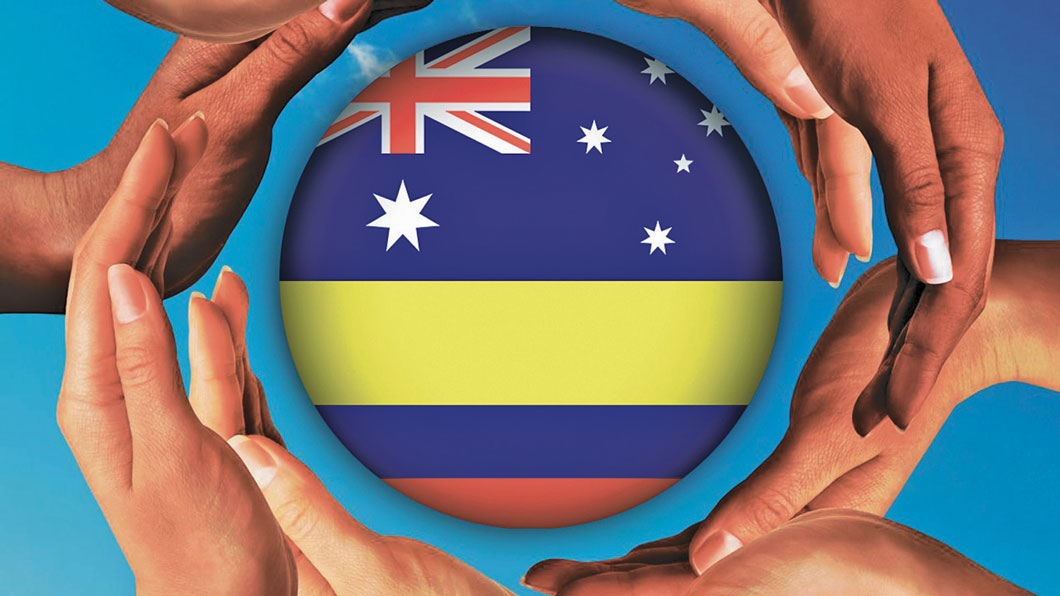 Much like a well-aimed boomerang, the land down under has swung into Colombians’ hearts in recent years due to strengthened academic, commercial and sporting links. In this month’s Colombia Connection column, we take a look at what brings Australia and Colombia together.

Australia, that far-off, sheep-populated land of barbies and billabongs, has risen in Colombian consciousness in the last few years. While the food is yet to make a lasting impression on Colombian shores, the opportunities for studying and commerce have certainly got people’s attention.

In 2017, almost eight thousand students arrived in the state of Victoria alone, over half of them specifically to study English. Australia has really become the in-vogue destination of choice for young Colombians, but why it is so attractive when other, closer alternatives are also available?

“The visa was much easier to get, and it also gave me the chance to work legally while there,” explains Andrea Palacios, who went to Melbourne to study English in 2001. She admits that the distinctive accent caused her a few problems at first, but the kindness of the locals soon helped her to get over any problems settling in, and she ended up staying there for 16 years.

Related: Turning Japanese, the connection between Colombia and Japan

Andrea now works with Somos 21, a not-for-profit organisation which tries to connect young Australian and Latin American professionals in order to create professional development links. With the next event planned for October, this is a great way to get to know people outside of your usual circle and widen your possibilities.

Carlos Daniel Ángel is another example of a Colombian who flourished while in Australia. Originally heading there in 2006 for six months to study English, this turned into a Master’s degree, which eventually led to him becoming an Australian citizen.

As well as making many antipodean mates on his travels, Carlos also met up with a number of fellow Colombians in Australia, with whom he ended up setting up his own company, Anka. Its work in creating cutting-edge drones for a variety of industries has now been recognised as one of the most innovative in its field. All this is the direct fruit of a journey that started with a plan to study a bit of English; not a bad result at all.

Colombian exchange students’ successes will come as no surprise to the universities that host them down under. As Sophie Davies, Australia’s ambassador to Colombia, explained to us: “Australian universities really love Colombians, as they’re really good students. They’re inquisitive, and happy to get stuck into a debate.”

As well as sending over students, Colombia has also been increasing the amount of its commercial exports to Australia. Coffee is still far and away the most important product shipped over, but flowers also made up a large part of Colombia’s Australian exports. Not so much roses (which come primarily from Ecuador), but Colombia’s vivid biodiversity means that it is able to ship a variety of flowers which other countries just can’t match.

The Australian firm Minelab is now also playing a vital part in the peace process, as this leading metal detector company currently takes a leading role in finding the landmines which still represent a pressing concern across the country.

The peace process itself is also a key factor in the number of Australians choosing Colombia as a tourist destination. With almost 17,000 visiting Colombia in 2017, and this figure set to rise in coming years, it remains to be seen how many of these Aussie visitors might be tempted to stay here on a more long-term basis, strengthening the ties between the two countries even more.

Whereas the vegemite sandwich is still to make headway in Colombia, various sports have proved rather more palatable for Bogotá folk. Cricket and rugby have both seen rises in popularity recently, but it’s probably the upsurge in the following for Aussie rules football in Colombia which is the most surprising.

Aussie rules has been described as one of the world’s most physically demanding sports, while also requiring the technical skill of football. The pitch is more than three times the size of a regular football pitch, with 18 players on each side vying for victory.

The matches in Bogotá are usually played on a normal-sized football pitch, with fewer players. But one thing that hasn’t changed about how the sport’s played here is the amount of physical contact; not that this has put people off taking part.

Aussie rules kicked off in Bogotá in 2015 with just one team, made up of mostly Australians with a sprinkling of Brits keen to enjoy the friendly atmosphere. A couple of years later, and there are three Aussie rules teams in Bogotá (the Bombers, the Bullants, and the DC Aguilas), with a fourth looking like a distinct possibility. And the number of Colombians in each side has been steadily growing, to the delight of the Australian players. As DC Aguilas team captain Paddy Smallwood says, his eventual goal is for him to not even be able to get into the team!

Many of the newer and potential players come from a perhaps unexpected source. Over the last nine months, various members of Bogotá’s Aussie rules scene have been working with the NGO Aldeas Infantiles SOS, which aims to help young people from vulnerable backgrounds. With the support of the Australian government and sporting goods manufacturer Burley-Sekem, workshops for budding Aussie rules players between ten and twenty years old offer youngsters a way forward, as well as giving the teams some bright prospects for the future.

Up for seeing what Australian rules football is like in action? There are a few big matches coming up in the next few months, at which spectators will be warmly welcomed. The first is on October 20, when the grand national final will be played at Manzover Sports Club (Calle 224 with Autopista), while the Cervecería Gigante Cup on November 3 will let you experience the thrills of a full 18-on-18 player match. Full match schedules are available on the Facebook page of the Bogotá Bulldogs, the mega-team that is formed when the three smaller teams unite. This bigger team was in action recently against Chilean side the Santiago Saints, and another international against the US is planned to happen soon.

Tristan Quigley, vice-captain of the Bogotá Bulldogs, was quick to invite any new spectators or players along to the forthcoming events. As he says, “just come down, have a beer, and watch the game.”

Women’s bulldogs hit the field for AFL game in Bogotá