Every country has its fair share of superstitions, many of which grew from religious beliefs. Easter in Colombia is no different.

It’s estimated that around 80% of Colombians identify as Catholic. As such, it’s hardly surprising that many of the superstitions around Easter have their roots in Catholicism. Constitutionally, Colombia is a secular country, but you only need to look at the furore around the Pope’s visit to see the levels of devotion here.

Many of the normal Easter processions and parades were banned this year because of the coronavirus. The stations of the cross (viacrucis), the climb to the hill of Monserrate and mass celebrations were not allowed. The numbers of people allowed into church services were limited and large family gatherings were discouraged.

Even so, here are some Holy Week traditions and Colombian Semana Santa superstitions you may have come across if you celebrated Easter in Colombia. Especially if you had the chance to celebrate with some of the older generations.

You may have noticed that fish is a lot more popular during Semana Santa. This is because Good Friday and Easter Saturday are considered days of mourning. Therefore on these holy days Catholics, avoid red meat as a sign of respect for the pain that Jesus Christ suffered at the time of his crucifixion. Some families also fast on Good Friday and Saturday.

2) Do not bathe in a river or in the sea

This unusual belief has several variations. The myth is that if you swim during Semana Santa — in the sea, swimming pool, or river — you might turn into a fish. A less extreme view is that you shouldn’t swim because this is a time of mourning.

Having sex is seen as one of the most important disrespects during Holy Week. Some people go as far as claiming your bodies could get stuck together if you have sex during holy days. As with the bathing and red meat, it’s likely this grew out of a feeling that it is sinful to enjoy yourself when we’re supposed to be reflecting on the crucifixion.

4) Do not go out after 3pm on Good Friday

3pm on Good Friday is especially important for Catholics as it’s believed this is the time Jesus died. This is why many believers stay at home so as to not disrespect such a sacred moment. One family we spoke to said people used to believe thrashing plants at 3pm would help the plants to thrive.

5) A baby born on Good Friday is considered unlucky

6) Do not sweep the floor or hammer in nails

It’s hardly surprising that superstitions have evolved around using nails, considering that Jesus Christ was nailed to cross. Sweeping the ground is considered as sweeping the face of Jesus.

7) Do not listen to music

Listening to any kind of music that is not religious is seen as disrespectful during Holy Week. Especially rock and metal music. For people who are religious, this should be a time of thought and reflection.

8) Do not climb trees

We’ll finish with another slightly odd nature superstition. According to tradition, climbing a tree during Semana Santa could cause children to become monkeys or wild animals.

Of course, you’ll find different regions and different families have their own Semana Santa traditions. And just as your eyes won’t go square if you sit too close to the TV, you’re not going to turn into a monkey if you climb a tree over Easter. But it’s fun to know some of the myths and legends and understand how they evolved. 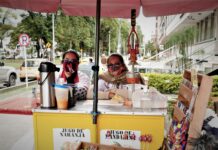 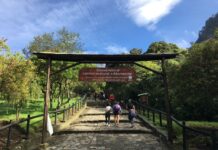 What to do in Semana Santa