Freek Huigen speaks to Pedro Causil, the man who may carry the flag for Colombia at the next Winter Olympics, after swapping his wheels for skates

Colombia could hardly be called a winter sports country. In fact, the only athlete to represent the country at the Winter Olympics is Cynthia Denzler, who, as you might guess from the non-Spanish sounding name, was not born here. The US-born skier took Colombian citizenship through her Swiss father’s business activities in order to compete in Vancouver in 2010.

But that might change in Korea in 2018. San Andres-born Pedro Causil, a multiple world inline skating champion, is swapping sun for ice. The 24-year old is now sitting in an apartment in a small city in the Netherlands with one goal: Winter Olympic success.

He’s not the first to take this change in direction – roller sports do not feature in the Olympics and are unlikely to do so any time soon, which means that many champions from inline skating (more commonly known as roller blading) have switched to the winter discipline.

American inline champions Derek Parra and Chad Hedrick transitioned between the sports and were both rewarded with Olympic gold medals. More recently Bart Swings from Belgium, Shane Dobbin from New Zealand and Brittany Bowe from the US amongst others followed suit, all aiming for Olympic success.

Causil made the move last year. “My record and results in inline skating made me go for a new challenge, making a change to be able to get Olympic success.”

So, is it easy to switch sports? “I think that you will notice a radical change like this in your mind and personality. Obviously coming from the Colombian coast makes it a bit more odd, but it is hard for everyone, whether you come from a country where the sport is developed or a country where they have never practised it.”

He continues, “It is difficult to adapt, when after years of being at the top of your sport, being one of the best, you decide to go to a sport where you are a nobody again, a newby who is learning how to skate. You go through a complete lifestyle change. Knowing you are not going to make the podium for a long time, maybe even never get there, makes the mental aspect of the sport very challenging.”

In his youth, sport took the San Andresano from the coast to Medellín, which is a small change, but nothing in comparison with what he faces now.  “I found it hard changing from living in Medellín, a lively city with a climate of 25 to 30 degrees all year round, to a small town where it is zero degrees and you only leave the house for training.”

And the culture is different too: “People are a bit more focused on themselves and their work. I even had to train on Christmas Day and New Year’s Day! The celebrations were really calm. But for me, here, sport is everything, I know why I am here and that makes it a lot easier.”

Causil has now competed in 1,000 metres speed skating at three World Cups, but there’s a certain amount of red tape involved in getting a country recognised. Colombia only obtained provisional membership status of the International Skating Union (ISU) in October. Causil relates, “Together with a few other skaters, we have taken the initiative to become a member of the ISU. We invested some resources in starting the process and the Colombian federation helped with the administrative work. Having Colombia present in the first four World Cups is our proof to the ISU that we are taking it seriously, which helps to ratify the Colombian membership.”

As he is essentially starting from scratch, Causil was lucky to get in a speed skating training group. “I am training with a Dutch team that I know from the inline skating. The trainer is Australian and splits her time between inline skating and speed skating which works well for me. It is not one of the professional teams here, but the quality in this group and in the Netherlands in general is so high that this group is perfect for me.”

When asked who he admires on the ice, Causil is more introspective. “My philosophy has always been that you should create your own story and create your own legacy, so I don’t really have someone I look up to. If you work hard enough and keep trying you will reach your maximum, whether that will be on the highest stage of the podium or not. I think that mindset has given me the strength to take on new challenges like this.”

Causil is disappointed that he cannot simply rollerblade his way to the Olympic Games. The sport applied to be part of the 2016 Olympic programme, but rugby and golf were chosen over roller sports.

He has strong opinions on the matter, “I can talk for hours about all the things that are wrong with the international federation, but what it comes down to is that actions aren’t taken for the wellbeing of the athletes, there is too much egotism. All over the world inline skaters are changing to ice skating because it is taken more seriously and there are more options. The sport is reaching a point that the only way to save it is to start again from zero.”  He adds in a bitter tone, “We didn’t even make the pre-selection for 2020 because skateboarding took our spot.”

He also sees it as an issue for the future of inline skating in Colombia. “The country is bringing forth more and more great athletes, but kids especially look at Olympic success so they will choose other sports over inline skating. It is good for sports in general but it is a shame for inline skating, the sport missed the boat.”

Causil is not yet sure whether his journey will take him to the 2018 Olympics in Pyeongchang. “First I am going to finish the ice skating season as well as possible. When the ovals close at the end of March, I will have to see where I am going to continue my training and whether I will do my inline skating season over the summer, or more cycling training.”

The Colombian skater has not managed to qualify for the 1,000 metres at this year’s World Championship in Kolomna, Russia. His season has another World Cup in store in Stavanger, Norway, at the end of January, but then he will have to wait until next year to start to make his mark in his new sport. 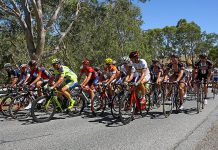