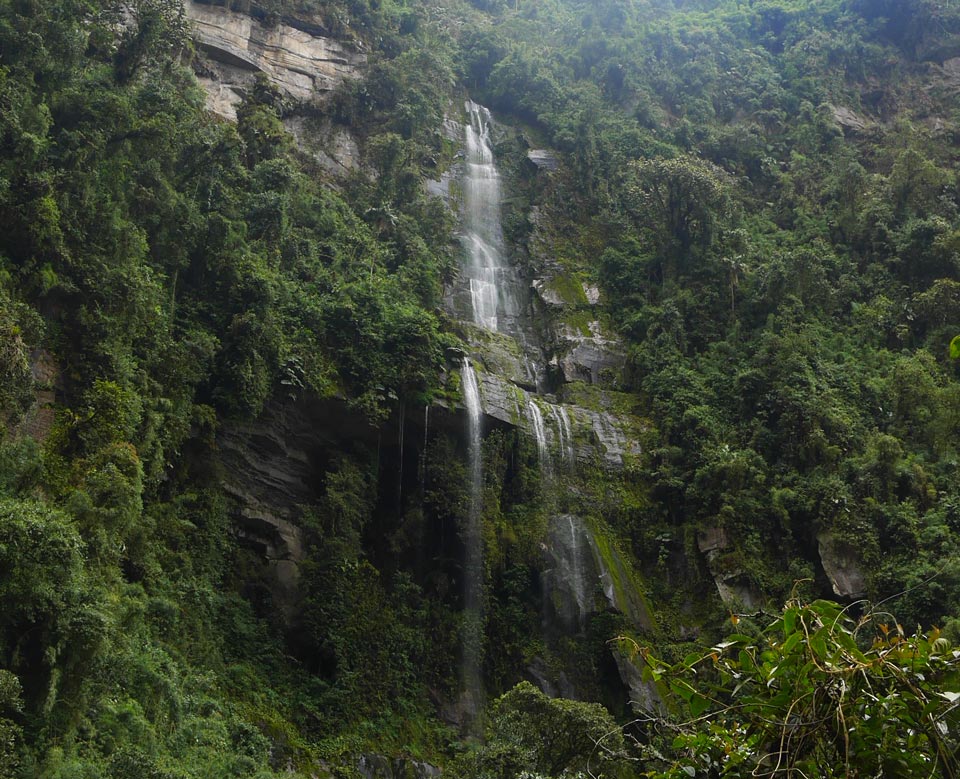 Our intrepid hiker is back with more walks on offer just outside the capital. Go chasing waterfalls on the way to Choachí.

La Chorrera waterfall is a remarkable 590 metres high, making it the highest in Colombia and 60th highest in the world. More remarkably, it’s just one hour’s drive from Bogotá, plus a beautiful three-hour hike (there and back) through lush Andean cloud forest.

It drops dramatically over seven steps down the near-vertical escarpment of the eastern Andean cordillera – a sliver of silver against the jungle-clad limestone rock face – before disappearing into the matted green of the La Bolsa gully, from where it drains east to the Orinoco.

You can see the falls from along the main road from Bogotá to Choachí, but to really appreciate it you need to take a detour to Parque Aventura La Chorrera, a cooperative venture set up by 12 local land-owning families that provides camping, abseiling, horse-riding and other ecotourism activities in the area, as well as the hike to the falls.

The hiking trail is well marked with guide stations along the way, and even a restaurant and snack shop at the smaller El Chiflón waterfall (where you can also abseil). Much of the path follows the old colonial Camino Real, a rocky mule track that was once the main transport route between Bogotá and Villavicencio.

Here you are at 2,400 metres, the same altitude as Bogotá, but the sheltered valley feels warmer and the 30 hectares of protected forest is formed by a dense tangle of native trees, bamboo, ferns, mosses and lichens. With the towering cliffs above, it does really feel like the Lost World.

Unfortunately, if you visit on a weekend you won’t feel lost for very long as the trail gets busy – 400 walkers on Sundays – and you might find yourself stuck behind a line of stumblers on a works outing. Visiting on a weekday will be less crowded. 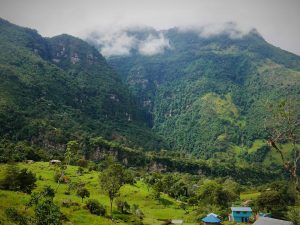 Also, if you are a serious trekker, you might find the walk a bit too easy and over-organised. In this case you make a longer slog by walking in and out from the turnoff on the main Bogotá-Choachí road to the park base, adding another three hours to the trek.

Whatever your walking level, you will need strong boots or trainers with good grip as the rocks are slippery, especially near the base of the falls and walking behind the El Chiflón fall, another highlight of the trip.

The weather can be changeable – and often different from Bogotá which lies over the mountain range – so bring rain gear and a hat. As its name suggests the cloud forest is often wreathed in mist. But most days around mid-morning it lifts to reveal the waterfall in its full glory, so be patient and ready to whip out the camera. You won’t be disappointed.

Getting there: In Bogotá find the small terminal at Carrera 14 and Calle 6 (by the Tercer Milenio Transmilenio station), then take any Choachí minibus. Ask the driver to let you off at kilometre 27, the La Chorrera turnoff. The Cascada La Chorrera is clearly signed. From the turnoff you can walk, hitch or flag down a local transport jeep to take you to the Parque Aventura base, roughly 5 kilometres from the turnoff.

The walk: The Parque Aventura base, which is also a campsite, has snacks, a small shop and an ‘orientation centre’ where you see a short video on the walk ahead. Entrance to the park is $12,000 per person.