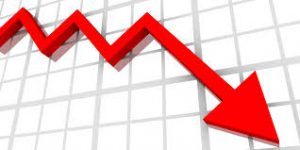 Colombia’s GDP grew 2.8 percent in the first quarter of 2015, the lowest growth in two and a half years, but better than analysts’ forecasts as lower oil prices continue to hit the economy.

Finance Minister Mauricio Cárdenas preferred to focus on the fact that Colombia’s Q1 growth had been the fastest of Latin America’s largest six economies, and said that it was a good result given that in the first quarter of 2014, the economy had grown 6.4 percent.

Banco de Bogota said that the 2.8 percent expansion had beaten the consensus forecast among analysts of 2.6 percent, as well as Banco de la Republica’s 2.7 percent prediction.

But Capital Economics said that despite not being as bad as feared, the GDP data published on June 12 “was still a weak outcome”.

The economic research firm’s economist Edward Glossop said that “with the full effects of the fall in oil prices yet to feed through,” he expected the pace of growth to weaken further over the course of this year. He predicted GDP growth of 2.5 percent for 2015 — versus the government’s forecast of 3.6 percent.

Domestic demand remains relatively robust, but there is no evidence that the manufacturing sector is benefiting from the weaker peso, as output fell by 2.1 percent in the first three months of the year compared to the same period in 2014.

Lower oil prices have forced the Colombian treasury to widen its target for this year’s fiscal deficit from 2.8 percent to 3 percent of GDP as tumbling tax royalties from the energy sector hit the government’s income.

Around half a percentage point of that deficit is due to the energy price cycle, 0.2 percent for the economic cycle, with the rest of it structural, Finance Minister Mauricio Cárdenas said when presenting his medium term fiscal plan in June.

Oil production stable but reserves down

Crude oil production in Colombia remained above one million barrels per day throughout May, according to the country’s Mining and Energy Minister Tomás González Estrada.

Colombia produced 1.025 million barrels per day in May, versus an average of 70 thousand in the same month last year.

However, the ministry also revealed on June 12 that reserves had tumbled from 2.45 billion barrels in 2013 to just 2.3 billion by the end of last year. Moreover, the country now has just 6.4 years worth of reserves based on today’s production levels, compared to 6.3 years at the end of 2013.