The Carnaval del Maíz, del Trueque y del Perdón not only celebrates maize, one of the pillars of pre-Colombian society, this year in Choachí it also brought together people from rural and urban communities in the spirit of forgiveness and an old-style bartering of products and services.

What if we moulded a micro-utopia with our hands… even for just one weekend? What if we built an immense bridge, which united both the city and the countryside in a deeply polarised society? What if we brought these people together and created a moment of harmony, in a country riddled by conflict, disagreement and violence? What if we showcased the values and virtues of rural Colombia, without resorting to paternalism, romanticism or charity? What if we created something organic, sustainable and connected… instead of pursuing the same old artifice that we see each day?

These questions provided the backbone for an inspired August weekend in Choachí, Cundinamarca. In this small town just outside Bogotá, 1,380 people came together to celebrate the Carnaval del Maíz, del Trueque y del Perdón – in an event which not only questioned but also provided answers to some of the crucial issues which continue to contaminate the world we live in: irresponsible consumerism, economic self-interest, exploitation and internal division.

The event? A gathering of people from all walks of life, looking to create and participate in an alternative model of living. A carnival without a budget, without giant floats and without alcohol; a festival with a different purpose in mind…

It all kicked off on Saturday, August 12, with a celebration of Maize, one of the sacred pillars of the pre-Columbian world. This Latin American life-force got the recognition it deserved in Choachí, with giant papier-mâché corns and healthy servings of chicha (the ancestral corn drink). There is even a dedicated maize museum, which showcased all the varieties of maize that exist in Colombia today. In an age of Monsanto, monopoly and monoculture, homages to this iconic grain have become more important than ever. In the 1950s, there were over 6,000 varieties of maize in Colombia. Today, just 480 remain.

The second aim of the event was to address that vital cog in Colombia’s ongoing process of nation-building; forgiveness. Why forgiveness? Because we are talking about a country that has experienced 159 years of war, and only 48 years of peace in its entire existence. Forgiveness is the first step forwards, and with the aid of Gonzalo Gallo’s lecture on the magic of forgiveness, Choachí was transformed into a platform for a new way of living… a lesson in how to savour the present, without wincing from the venom of the past.

On Sunday, the plaza of Choachí hosted the third key element; the Trueque. For those who are unfamiliar with the term, a trueque is a hand-to-hand exchange of products, services, knowledge and ideas between two parties. It is an exercise in reciprocity, with the aim of creating meaningful relationships between the traders. The bartering represents a move away from commercialism, profit and consumerism, as no money is involved and products are valued in terms of use rather than cost.

An unwanted or disused bicycle is exchanged for a kilo of potatoes that could serve to make a soup…or a fistful of seeds, ready to sow. This year at the Carnaval del Maíz, del Trueque y del Perdón, chickens were traded for mobile phones, yoghurts were swapped for blenders and a young boy walked home grinning with his new Hot Wheels racing set, obtained in exchange for carrots and medicinal herbs. A man from Barranquilla exchanged his spare clothes for hugs.

The truth is that the commodities were merely an excuse. An excuse to get people from the city and the country to talk to one another, forming a mutually-beneficial economy based on solidarity and cooperation which served to connect people and form relationships. A series of beautiful interactions, based on nothing more than the simple dynamic of giving and receiving.

As the stalls emptied, the music softened and the performances drew to a close, each and every attendee was left asking the same questions:

“What if this magic were to become the norm? What if this event was about more than one municipality, in one country, for one weekend a year? What if this organic process became a model of how the city and the countryside should interact? What if we stopped taking the products of the earth for granted and started to value them in the same way that we value the absurd amount of possessions that we accumulate through our consumerist habits? What if we made a collective effort to have more carnivals like the one we had in Choachí…”

Trueque - Reciprocity and Exchange in Colombia (Yo Creo En Colombia)

If you would like to get involved in these projects of impact and change, get in touch! 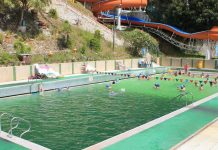