Colombia’s presidential election is fast approaching, and while there are many candidates Colombians are used to, one stands out from the rest – her presence has rattled the status quo. She’s not a career politician but an activist and Afro-Colombian woman who has defended Black and Indigenous land rights since her teens. And of the six other candidates running in the leftist coalition, Pacto Histórico, she is only behind the leading progressive candidate, Gustavo Petro.

Francia Márquez Mina was born in Yolombo, Cauca, a village located in the southwest of Colombia in 1982. She has been recognized internationally for her fight against illegal mining, for which she was awarded the Goldman Environmental Prize in 2018 and also listed in the BBC’s top 100 influential women of 2019.

Her activism — taking on multinational corporations, the government, and paramilitaries — has put her in the crosshairs of enemies at times — including an attempt on her life in 2019. In August 2020, she decided to run as a presidential pre-candidate in Colombia, becoming the tenth woman to do so in the history of the country’s elections.

The Bogotá Post interviewed Márquez and asked her about international politics, the peace process, and what her priorities would be if she became the next president of Colombia.

The Bogotá Post: Since Colombian women were granted the right to vote in 1954, only nine women have run for president.  What was the deciding moment to become a presidential pre-candidate in Colombia?

Francia Márquez: The deciding moment was wanting to overcome fear. To convince ourselves that we have the qualities and conditions as a country to stop the war, build economies, and achieve historical reparations for indigenous, Afro-Colombian, Raizal, and Palenquero communities. The strength of my ancestors and the women who gave birth to freedom and taught us the path of dignity motivated me to start on this road to the Colombian presidency.

TBP: You have been recognized for your work defending human rights. What are the strategic moves that the government must make to prevent further violations of the fundamental rights of Colombians? How would your administration address violence against social leaders?

FM: In 2011, the Colombian government created the national system of human rights and International Humanitarian Law (Derecho International Humanitario, DIH). However, this has proven to be ineffective because our governments have not been fully committed to defending human rights. We must revisit the national human rights policy, with an intersectional and pluricultural approach, and focus on citizen participation and regionalization.

The causes of the threats and assassinations of social leaders are not only poverty and the continuation of armed conflict but the stigmatization and systematic persecution of their work by the government. We must dispel the myth that the main cause of violence is the “absence of the state.” On the contrary, in many territories where social leaders have been assassinated, the state, especially the armed forces, has been present defending the multinationals that extract our resources, carrying out forced eradication of crops, and displacing communities that are victims of the armed conflict. The elites have created this myth to avoid taking responsibility for the systematic violations of human rights.

We have to change the way the state arrives in territories, abandon the centralism of Bogotá, and strengthen regional autonomy. We have also proposed a complete peace process with all armed actors, including the Colombian armed forces. This requires strengthening the national system for the protection of social leaders and prioritizing the processes of investigation and prosecution.

TBP: If you became president, how would you approach Colombia’s role in international politics?

FM: Until now, Colombia’s international politics has been a “cocktail” concoction; diplomatic posts have been used to satisfy political favors and Colombia’s position on many global issues has often not defended the interests of Colombians.

Some examples of this are the government’s reluctance to ratify the Escazú Agreement that mandates the protection of environmental leaders, its ambiguous position regarding the exemptions of patents for COVID vaccines, its refusal to vote in favor of the United Nations Declaration on the Rights of Peasants, and the ratification of trade and investment treaties that have led to the bankruptcy of farmers while favoring the extraction of natural resources.

In our government, we will implement a foreign policy and cooperation with a South-South focus, emphasizing environmental and climate justice, peace, drug legalization, and global economic justice. We will seek to rebuild the Latin American (LATAM) integration process with the new wave of progressive governments, hopefully, consolidated this year with the elections in Brazil and Colombia. But we also intend to expand the solidarity of the LATAM political community to other regions of the global South, especially with our fellow Africans.

We will also seek cooperation and collaboration with the most developed countries regarding science and technology. We want the peace we make to have opportunities for our economies so they can be strengthened by knowledge and productive applications based on our ecological and cultural diversity. This is so we can advance and transform global energy and decarbonize the planet.

We will seek the professionalization and democratization of our country’s foreign policy. We need to put an end to political favors and make diplomatic entry and promotion processes more transparent and inclusive. In addition, a democratic foreign policy must distance itself from purely vertical and technocratic logic and open channels for the participation of civil society and social movements.

Finally, Colombia’s international policy must defend the rights of both national and foreign migrants. That is why we will build a migration policy with a human and non-discriminatory approach that will seek to guarantee the rights of Colombians abroad and foreigners who migrate to Colombia.

TBP: What economic strategies would you recommend to help the Colombian economy recover from the pandemic?

FM: Colombia must focus on recovering its autonomy and become less dependent on global markets. This was evident during the pandemic. Supply chains were affected, directly affecting the procurement of raw materials, leading to the closure of many companies.

Colombia needs a long-term plan, like [United States President Joe] Biden’s American Jobs Plan. But ours would be focused on the care and restoration of nature and modernizing and making our agriculture sustainable, removing our dependence on fossil fuels. It is not enough to promote more jobs; there needs to be a guarantee of training, remuneration, and stability.

We have spoken about building a program of employability with care. We must care for and restore our rivers, soils, rural and urban ecosystems, and care for people, children, and the elderly. Our economy is based on care, but we need to have the infrastructure for it; gardens, schools, colleges, parks, and sports arenas for children and recreational areas for the elderly population.

We will also focus on one big goal: agroecological production focused on food sovereignty. This will be achieved with democratized irrigation and water access infrastructures, tertiary roads, communication technologies, infrastructure for research-training centers, and the development of technologies for biodiversity.

TBP: If you were president, what actions would you take to guarantee the implementation of the peace process?

FM: We have seen how the failure of rural peace has torn the peace accords to shreds and become a catalyst for urban revolts. The diagnosis is clear:

What we propose is:

I also want to address the drug issue separately. Restructuring an anti-drug policy is a task for our nation and the region of Latin America. The “zero tolerance” policy to combat drug trafficking must end because it has failed. Complete criminalization has not diminished production, consumption, money laundering, or dismantled the political mafias that dominate our state, flooding the economy with illicit activity.

We promote a social epidemiological approach to addictions, the regulation of the existing market, and the use of sacred plants for health and industry. We will embrace a new paradigm to face the phenomenon of the production, distribution, commercialization, and consumption of psychoactive substances since the current, stale paradigm lacks coherence, planning, and understanding of the problem.

TBP: You have previously stated that you want to end “patriarchal politics” and “make the voices of those who have been silenced for years heard.” How would you achieve this objective and encourage the political participation of more women and minority communities?

FM: In our campaign for the presidency, we have built a feminist mandate that seeks to put an end to patriarchal politics, guaranteeing gender equality for women and people with different sexual orientations and gender identities. Our objective is to implement an intersectional public policy that promises sexual and reproductive rights, eradicates all forms of gender-based violence, promotes equal opportunities, and recognizes and redistributes care work.

Regarding the political participation of women and historically excluded populations, we must implement public policies that seek to transform the structural obstacles that stop these people from accessing positions of power. Political reform must have a gender and intersectional approach that recognizes and eradicates political violence, establishes effective parity in elections for public office, and encourages the participation of indigenous and Afro-descendant communities.

TBP: You have a distinct profile compared to those who have won the presidency before (a single mother, representative of a marginalized community, connection to nature, etc.) What lessons have you learned along the way to get you to where you are today? What obstacles have you faced, and how have you overcome them?

FM: First, we have learned to distance ourselves from that simplistic discourse of placing social leaders on the left, or between right and left. We are from the deep roots of Colombia, the most plundered territories, although the more diverse and rich in culture. I am supported by the youth, women, environmentalists, LGBTIQ+ populations, artists, and Afro communities who have cared for forests and rivers and mine for subsistence instead of accumulation or ostentation.

Even though I have a rural origin, I also got my voice and strength from the city, since I arrived there displaced. I am accompanied by intellectuals and people who have accumulated experience and knowledge of the country, and micro-entrepreneurs and business people who want a more democratic and fair society.

The biggest obstacle we face is the fear people have about their freedom, the fear of deciding for themselves, the fear of joining a transformative force. We are overcoming that fear.

TBP: In your interviews, you have talked a lot about the hope that Colombia needs to move forward. What does hope mean to you?

FM: Hope means believing in ourselves, in our capacity to lead, in our potential to make a better world, country, and planet for everyone.

Natalia Velez Lopera contributed to the production of this article. 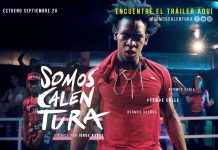