The Netherlands is this year’s FILBo guest of honour. The fair will fittingly coincide with the biggest Dutch national celebration, Kingsday, which will also be celebrated in our fair city.

The festival, held in celebration of the king’s birthday, is unrivaled in the tiny country. The first version of the celebration was held on August 31, 1885, Princess Wilhelmina’s birthday. Princess Day, as it was first called, was initiated by the editor of a newspaper to improve national unity. With the appointment of King Willem Alexander in 2014 it became the festival as we now know it; Kingsday on April 27.

Since the 80s, the official festivities have consisted of the royal family visiting a town or area while residents perform traditional local dances and celebrate customs and practices. The entire country takes part in the celebration, which is a national holiday for the Dutchies. Flea markets for children, massive boat parades through Amsterdam’s canals and open air music events are just some of the scheduled celebrations.

In Bogotá you see a long stream of cyclists dressed in orange crossing the Sunday ciclovía. The ciclovía naranja is organised by the Dutch embassy to combine two national passions; cycling and Kingsday.

This year the event will take place on Sunday April 24. Those keen on getting involved should meet at 8.30am at Parque de los Hippies on Carrera 7 with Calle 60, with the group set to wheel over to Corferias. Attendees dressed in orange and using their bike will get a discount on tickets for the book fair.

There will also be an extra two kilometres of cycling roads around Corferias and over 600 free guarded bike parking spaces for cyclists to safely store their bicycles while enjoying the festival. 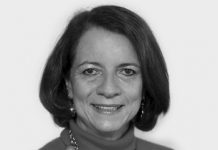 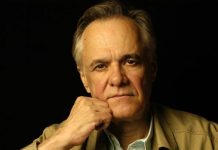