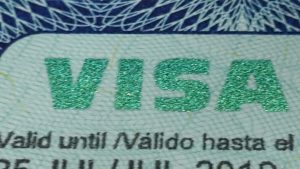 Along with 20 other nations, Colombia has been blacklisted by thinktank OECD for providing visa and passport schemes that allow tax and financial advantages. The schemes, sometimes referred to colloquially as “golden visas”, were flagged by OECD as being high-risk as they offer low income tax rates (less than 10%) and don’t require visa-holders to stay in the country for at least 90 days in a calendar year.

The schemes are of greatest concern to intelligence agencies and governments as they can be exploited and abused by criminals and tax-dodgers. OECD claimed that these schemes–referred to as Residency/citizenship by investment schemes(RBI/CBI)– fall afoul of common reporting standards (CRS) that have been adopted by the OECD/G20 nations.

“Identity Cards and other documentation obtained through CBI/RBI schemes can potentially be misused to misrepresent an individual’s jurisdiction(s) of tax residence and to endanger the proper operation of the CRS due diligence procedures.” OECD noted on their website.

Colombia became the 37th OECD country last week. What next?

Colombia was the only South American country to be listed though Panama and the Caribbean nations of Antigua and Barbuda, the Bahamas, Dominica, Grenada, St Lucia, and St Kitts and Nevis were deemed high-risk as well.

Two of Colombia’s migration schemes were flagged as being high-risk; namely two categories within the newly formed ‘M’ visa and the ‘R’ Visa, a resident visa obtained by investment. Under the Migrant ‘M’ visa, OECD particularly flagged those who could obtain this visa under the categories of ‘businessperson’ or ‘real estate advisor’.

The practice of issuing “golden visas” isn’t restricted to these blacklisted nations alone. In a conjoint report, Transparency International and Global Witness stated that the UK, Spain and Portugal benefited the most from selling residencies within Europe. Noting the key link between golden visas and corruption, the report stated that the scheme had been used to allow in many residents of China, Russia and the Middle East through countries in the EU.

Within the European context,  EU Justice Commissioner Věra Jourová warned of security threats to the Guardian, saying that “I understand that citizenship schemes are favourable for the economy. But this is unfair for the people who cannot afford to buy citizenship. And citizenship is something so, so big and so valuable that citizenship for sale seems for me rather problematic.”

In publishing their blacklist, OECD also recommended financial institutions to take their findings into account when assessing the individual’s tax residency status.