With five Colombian cyclists tipped for big things in the centenary edition of the Giro d’Italia, the question is not whether they will shine – it is how much they will shine. Nairo Quintana is the favourite for pink jersey and Fernando Gaviria has already claimed an early stage victory and pink jersey.

The 100th edition of the Giro d’Italia started last Friday and Colombia immediately made it into the spotlight, as Fernando Gaviria took the stage three victory and the pink leader jersey, that Nairo Quintana is aiming to wear at the finish line.

The country’s cyclists have played a leading role in the Giro in recent years with 2014 proving to be especially successful for los escarabajos. Nairo Quintana won the pink jersey and countryman Rigoberto Urán got the second place. Julian Arredondo won a mountain stage and the blue mountain jersey for best climber.

After a pale 2015, Colombian cyclists were back on form last year for an exciting 2016 edition. Esteban Chaves came really close to winning, he was in the Maglia Rosa two stages before the end. However, the momentum was with the Italian rider Nibali who claimed the victory on the penultimate day, pushing Esteban into the second spot.

100 years of the Giro d’Italia

It all started on May 13, 1909. In the middle of the night, at 2.53 am, 127 riders started the first Giro d’Italia at Loreto square in Milan. The race was split into eight stages covering a staggering 2,448 kilometres. A total of 49 riders finished, with Italian Luigi Ganna winning. Who would have expected that in 2017 – the 100th edition – the Giro would be one of the most important cycling events in the world.
This year’s edition will feature 195 riders, 22 teams and a total distance of 3,572 km spread over 21 stages. Although it is often regarded as of less importance than the Tour de France, the Giro d’Italia is considered to be more difficult in terms of terrain and a less controlled peloton, so lots of spectacle is guaranteed.

In the 2017 edition, we have five Colombian cyclists centre stage.

Winner Anacona, Nairo’s teammate at Team Movistar, is one of the main domestiques for Nairo when the road starts going up. The man from Tunja will happily sacrifice his personal ambitions if he can bring Nairo to the finish line in the pink jersey.

Fernando Gaviria is a whole different story. So far, we’ve got used to ignoring flat stages in this country. But that is changing, as with Gaviria, Colombia has a world-class sprinter in their ranks. In stage three, Gaviria already showed what he is made off, taking the stage victory and the pink leader jersey.

Sebastián Henao, the younger cousin of Sergio Luis Henao, will try to help Geraint Thomas and Mikel Landa, his two leaders in Team Sky, get the first Giro d’Italia victory for the team. He should become visible in the mountains and if things do not go well for the leaders, Sebastián will definitely try to hunt a stage win.

Finally, we’ll have the second youngest rider in the peloton, Daniel Martínez, who is already racing his second Giro d’Italia. The 21-year-old is a domestique at Wilier Triestina, but if things go well, he could have a shot at the white jersey for the best youngster.

And of course, the main protagonist Nairo is bidding for the double this year, as he goes for the big wins in both the Giro and the Tour de France this year.

Team Movistar director José Luis Arrieta thinks it will help him in the preparation for the Tour de France. He told Cyclingnews, “With his innate qualities as a racer and with the training and build-up he’s had, if everything goes well, then of course Nairo will be in the fight to win the Giro d’Italia. But the big goal is to do the Giro d’Italia to see if, in the process, he comes through to the Tour a little bit fresher and a little bit better than last year.”

Related – A wheelie good start for the escarabajos

The question is, can he win a race if he is treating it as a preparation for the next one? Our hero from Boyacá did manage to win the Vuelta a España last year after his flop in the Tour de France. But perhaps he should take heed from Alberto Contador who tried to claim the double twice in recent years and failed on both occasions, blaming it on the fatigue after the Giro d’Italia victory.

Team Movistar is hopeful though, a carefully planned training schedule with fewer races in the preparation, should keep Nairo fresh. His confidence is intact, having won again in Tirreno-Adriatico and conquering the Volta a la Comunitat Valenciana.

Nairo will be aiming to pick up form in the first weeks in order to reach his peak in the last week. If his opponents are aware of that, we could see a flurry of attacks in the first two weeks. Will he follow them straight away and dig deep to stay in the game risking tiring himself for the Tour?

If he decides not to follow, it might already be too late for him to overcome the build-up time deficit in the last week. And mentally, how could a failure to win the Giro affect his confidence ahead of the Tour?

Many questions that will be answered in three spectacular weeks on the Italian roads.

Nairo will be aiming to hide in the flat stages, but will come out of his shell when the mountains arrive. 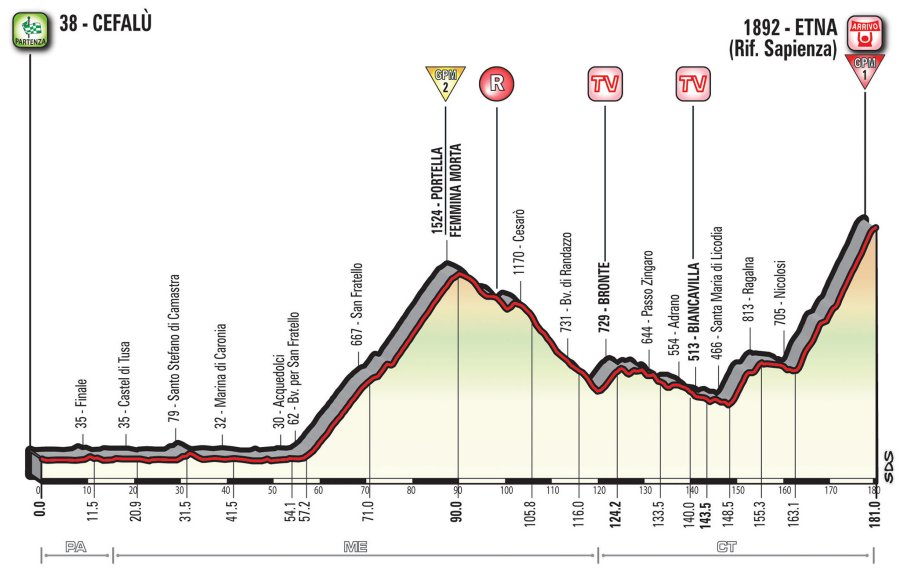 Stage 4 – May 9 will be the first of the summit finishes with the 181km stage finishing on the steep slopes of the Etna volcano. It is the first day for the general classification, we might see who won’t be up for the task and cede terrain in the early stages of the race. 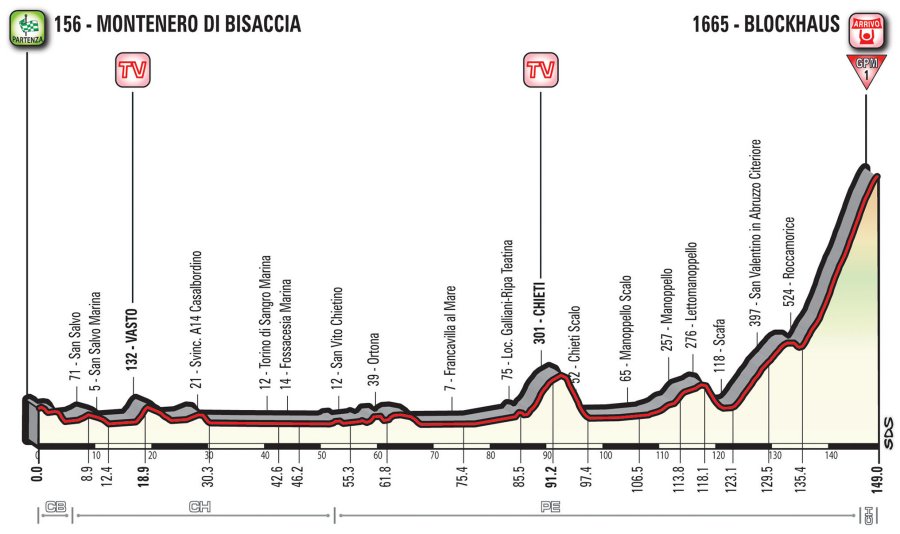 Stage 9 – May 14 will take the peloton on a short 139km race that starts in Montenero di Bisaccia and will end on the mighty Blockhaus, a near 30 kilometre long climb. 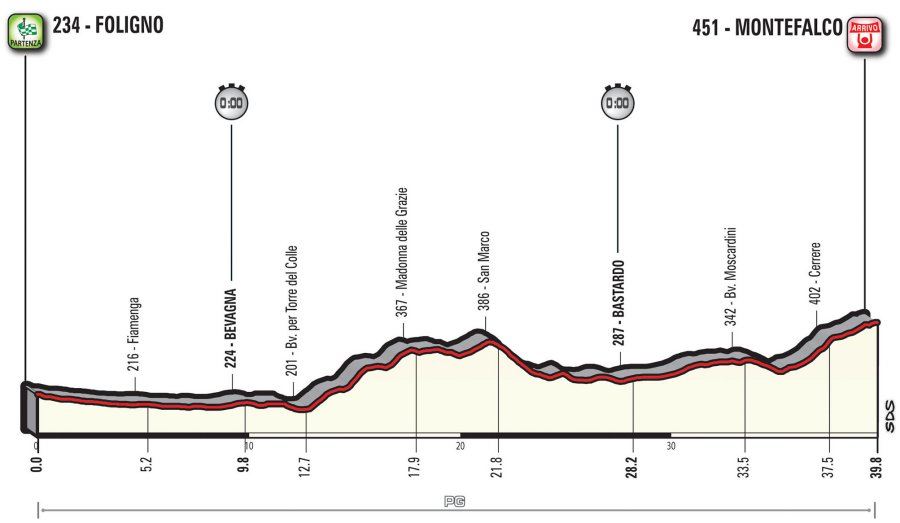 Stage 10 – May 16, the almost 40 kilometre long individual time trial from Foligno to Montefalco will be a real test for Nairo. The time trial hasn’t been his strong point, but Nairo has given extra attention to this discipline this winter, the number of potential winners of this Giro will surely be limited after this day. 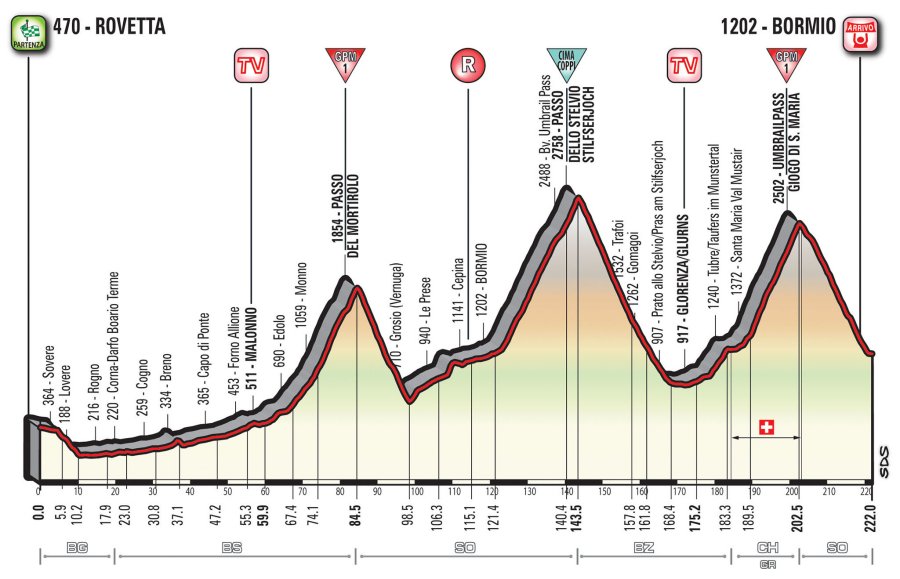 Stage 16 – May 23, the 222 kilometre queen stage from Rovetta to Bormio boasts three hors category climbs. The finish is not on top of a mountain, but we are likely to see a small group of overall contenders on the final descent to the finish line. 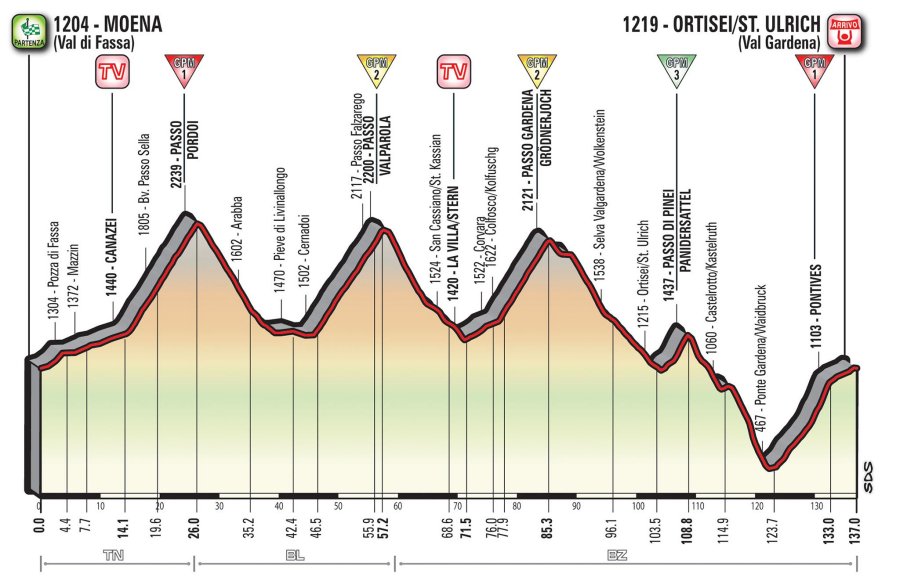 Stage 18 – May 25 is Nairo’s day. The stage deep into week three will include five King of the Mountain ascents over the Passo Pordoi, Passo Valparola, Passo Gardena, Passo di Pinei and the Pontives on a cobblestoned finish in Ortisei. 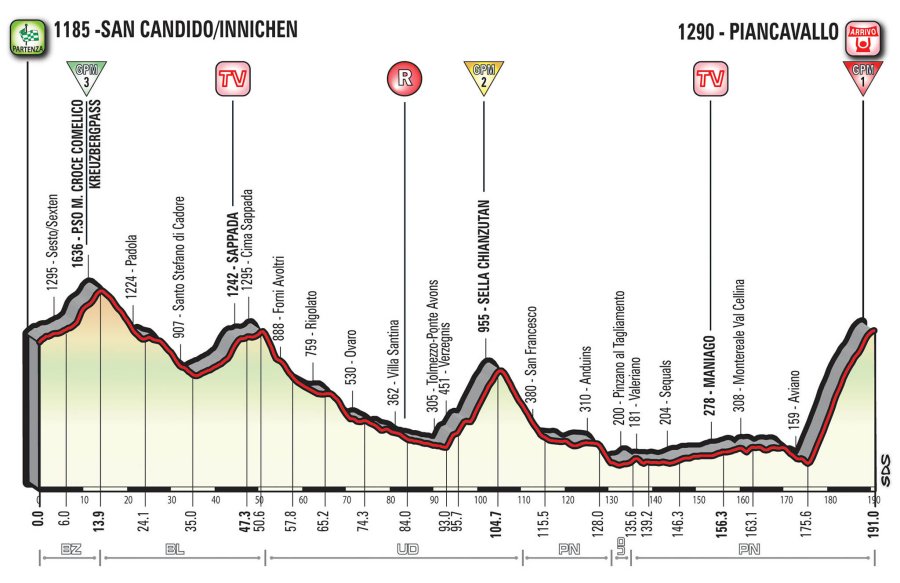 Stage 19 – May 26 will have a gruelling final climb to Piancavallo, where Marco Pantani was the last winner in 1998, before going on to win the Giro. 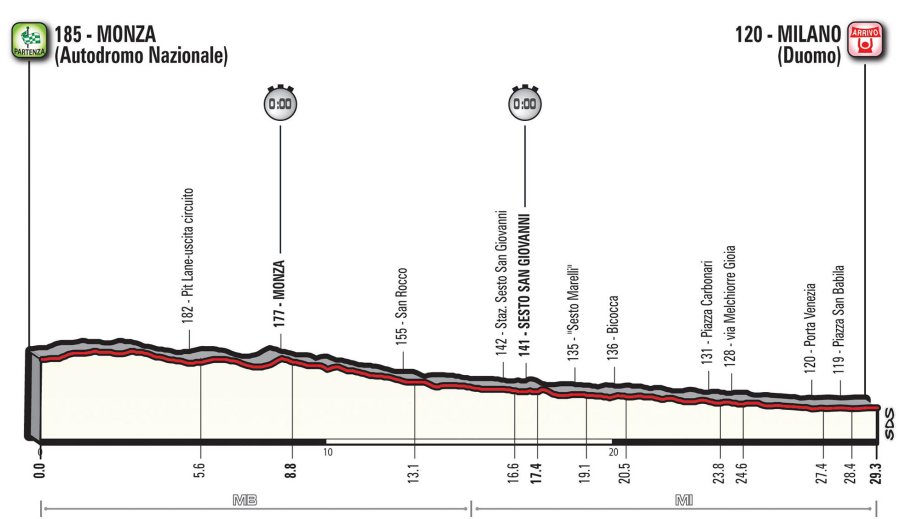 Stage 21 – May 28 The Giro finishes this year with an individual time trial. If Nairo doesn’t have a clear difference before this 28 kilometre flat time trial from Monza to Milan it will be hard, but the battle for the pink jersey might already be decided when they arrive.

Fernando Gaviria will have plenty more opportunities to show he is among the best sprinters in the Giro, with mass sprints expected at:

You can watch live broadcasts on RCN, Señal Colombia and ESPN starting at 8am and finishing between 10 and 11am