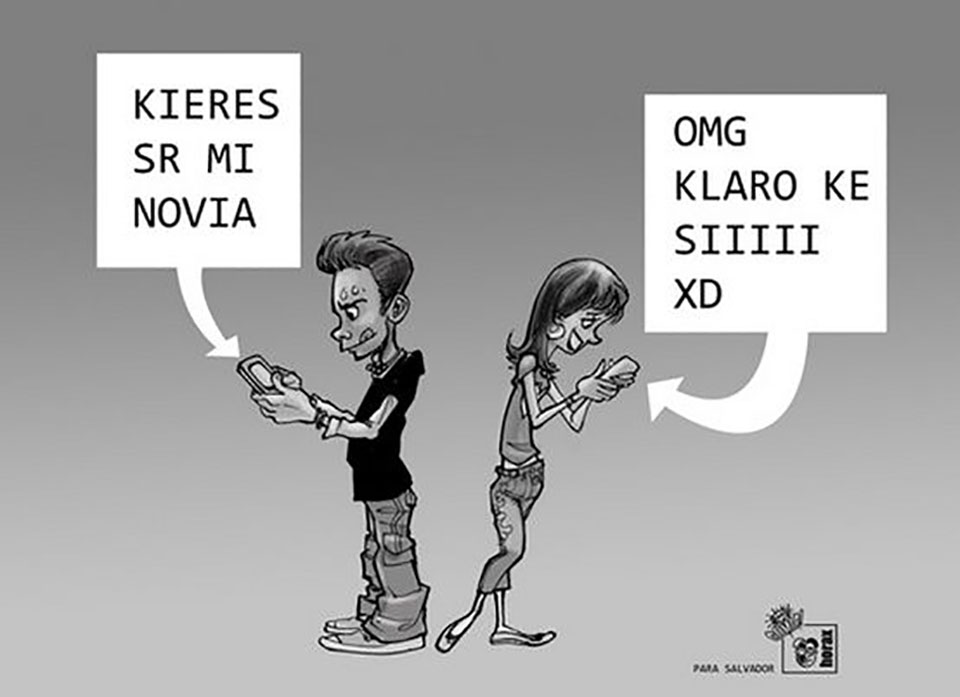 Chat away to your heart’s content with our guide to smartphone Spanish chatting.

Global consultancy firm Deloitte published the results of their worldwide 2017 mobile consumption survey. In Colombia, the firm interviewed 1,000 people of various ages, regions and income levels, amongst other variables.

The results? Colombians love to chat. When asked about their mobile communication usage in the last seven days, 68% of people reported having chatted, making it the most common method. It was followed by social media at 64%, while voice calls came in third place, with only a 59% usage. This is in contrast with developed markets, where those interviewed reported that voice services were their primary mode of communication, with a 76% reported usage rate.

Survey aside, anyone who has tried to make plans on a Friday night will surely be aware of the ubiquitousness of WhatsApp, Facebook and Twitter, as well as their social prevalence. Most mobile operators will offer packages with unlimited social media for even the most basic of plans.

Even the staunchly conservative Real Academia Española accepted the use of words such as tuitear, tuiteo, tuit and tuitero, as well as mensajear, textear, blog, bloguero, chat and chatear. In fact, these were included in the XXII edition of their authoritative Spanish language dictionary back in 2014. As such, these words don’t need to be placed in quotations, italicised or otherwise highlighted when used in formal Spanish writing.

The bottom line is that in order to get by in this text-centred society, it’s important to know some of the basic text-speak and the most commonly-used abbreviations. Of course, assuming you’re not 14 years old, it’s unlikely that you’ll come across all of these in a normal chat. Usually though, you will find a few sprinkled into each written conversation.

Since a priority for messaging is brevity, it’s generally accepted that any word can and will be abbreviated or shortened without the requirement of any accompanying symbol to identify it as such. Commonly shortened words may include profe (profesor) for teacher, finde (fin de semana) for weekend or peli (película) for movie.

Related: New to Colombia? Our Spanish language 101 is a must

What might be a bit more difficult to grasp is when words and syllables are replaced by phonetically equivalent symbols. For example, por is replaced by the multiplication symbol ‘x’, while se is a simple ‘c’. The number ‘2’ can be used in lieu of dos, as in salu2 (saludos).

Another commonly used transformation is the omission of vowels, in particular the letter ‘e’, especially when combined with a consonant: star (estar), scribir (escribir), tngo (tengo) or bso (beso). The ‘ca’ syllable is often substituted with a ‘k’: kro (caro), kriño (cariño). Confusingly, the letter ‘k’ can also be interchanged with a ‘q’ in ‘que’ sounds : ‘q’ or ‘k’ (que), ‘aunk’ or ‘aunq’ (aunque).

Onomatopoeias are another important part of texting and among them laughter may have the most variations. From a subtle smirk to rolling on the floor, one of these should do the trick:

For anger use grrrrr and when something is great you can say uff! The expressions ush and uy are used to express shock or dismay.

Finally, it’s useful to remember that an at sign @ is an arroba, and a hashtag # is a numeral. The @ can be used when referring to both male and female audiences, or when trying to be gender neutral: Hola a [email protected]!

Of course, these are general concepts that vary from writer to writer. Interestingly, it is possible to identify individual people based on their texting style! Do you know what yours looks like? 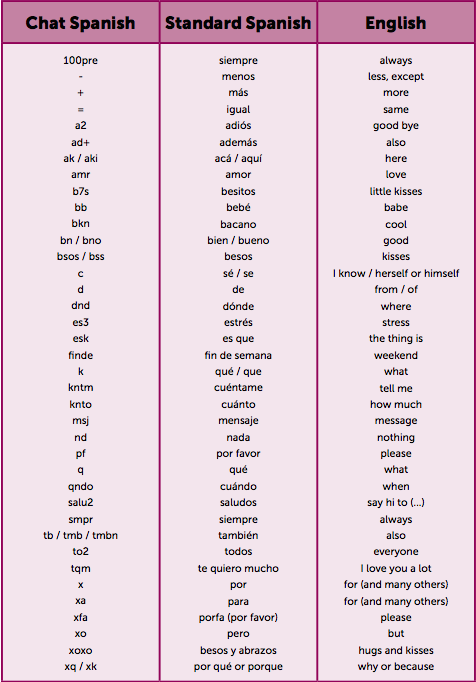 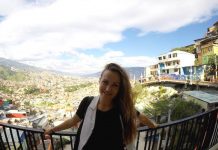