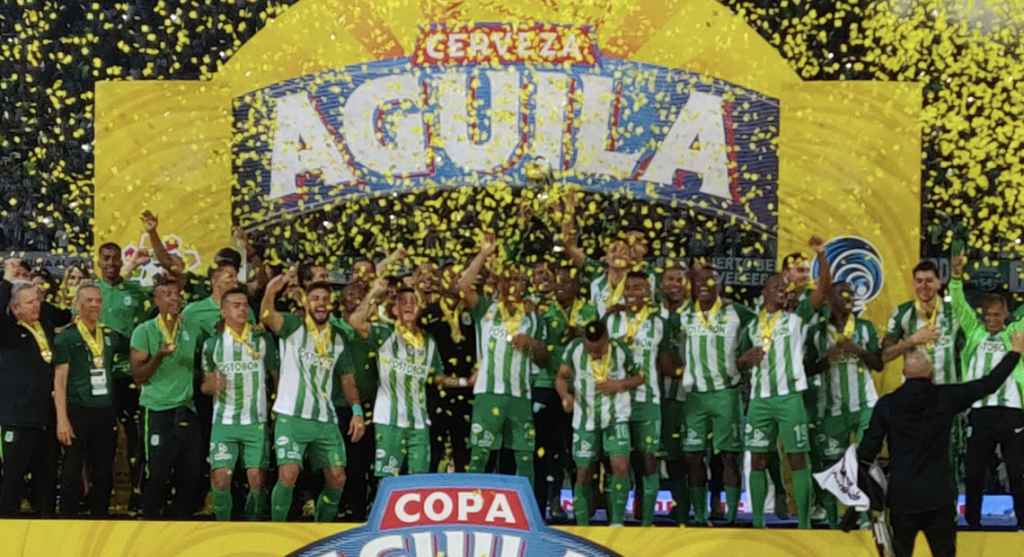 Aguila is steadily climbing the ranks as the bona fide beer brand of Colombia. The business valuation company, Brand Finance, deemed the beer famous for its patriotic yellow label as the second strongest beer brand in the world and included it in the top 25 of the world’s most valuable beer brands in its end-of-year report. Two years ago Belgium-based beer behemoth Anheuser-Busch InBev acquired SABMiller–which owned the Colombian subsidiary Bavaria Brewing— and since then its Colombian beer brands have ascended in the marketing ranks.

Until 2005, Bavaria Brewing was Colombia’s largest brewery. All of the regional arguments about which of Colombia’s beer is tastiest and most refreshing (and cheapest) can be traced back to the expertise and marketing genius of Leo Kopp, a German migrant who founded the country’s first brewery in 1889. The most notable Colombian beer brands include Poker, Costeña, Club Colombia, and Pilsen, all of which fall under the Bavaria umbrella. Aguila, the pale golden lager from Barranquilla, is the peacemaking beer as it is the official sponsor for the national Colombian soccer team.

Over the last decade the Colombian market has been the most brand-conscious and brand-savvy market to come out of Latin America, the Americas Director of Brand Finance, Laurence Newell, told The Bogotá Post. Although Mexican and Brazilian beer brands like Corona and Brahma are more valuable, Aguila is among the world’s fastest growing beer brands, more than doubling its value to almost US$1.5 billion in a year. 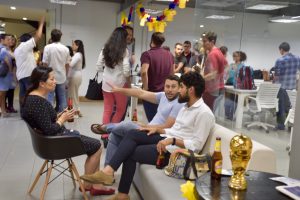 True as that may be, large beer manufacturers like AB InBev or Heineken Holdings can have a predatory nature when it comes to local and national brands, capitalizing on the market share and retaining its spoils.

“What we’ve noticed with Aguila — and all of these Latin American brands, no matter how big or small— is that they are part of larger, global portfolios. In regards to beer brands in general, when they are acquired by larger corporations, they fall into accelerated growth.” said Newell, who is based out of Mexico City. “The InBevs of the world, the Millers of the world, all of the really big brand owners are probably the strongest marketers on the planet. If you want to see who knows how to market a product, speak to beer people.”

When Kopp established the country’s first brewery in the late 1800s, it would seem that he was most concerned with the former. Prior to the “beer boom” in Colombia, the masses of Colombia were primarily concerned with drinking chicha. Dating back to the pre-Columbian era, the beverage made of fermented corn became a staple among the working class; the chicha-making and selling operation was powered mostly by women who would spend hours chewing the corn in preparation for the fermentation process and eventually sell the product to restaurants, local bars, among other chicherías.

What makes beer en vogue and hip now, its artisanal nature, was chicha’s downfall (today, Colombia’s largest boutique brewery, Bogota Beer Company, is also owned by AB InBev). In the late 19th century, when Kopp introduced beer,  a “classier, more hygenic” beverage, into the Colombian economy, the government and the upper class saw an opportunity to capitalize on its scalability. And with the help of Bavaria Brewing and government-backed smear campaigns, chicha ceased to be the national beverage.

In this respect, the country’s knack for branding began long before Bavaria merged with the British brewing company SABMiller in 2005 (a deal that was worth $7.8 billion). The paradox of selling to a major corporation is that the marketing strategy often reinforces the integrity of local brands. Thus far, the marketing approach for Colombia’s beer brands is two-pronged: hyper-local and hyper-national.

“[Those companies and beer owners] are really good at understanding how much these brands are national icons and respecting that and paying credence to it. They’re very sensitive to the fact that beer brands like airplane brands are flagship brands for a nation,” Newell said.

When I asked my colleagues in Medellin their beer preference between the paisa Pilsen and the costeña/coastal Aguila, Pilsen won by 73%, according to a Slack emoji poll. However, what’s evident after these recent findings is that Colombians are willing to put those differences aside when the national team is playing. What is unclear, however, is which national team that is—the Colombian “Cafeteros” or the Belgian Rode Duivels (Red Devils).

In defense of women’s soccer