As business cartels come under fire from anti-corruption movements in Colombia and beyond, Laura Sharkey explores what some of the more recent price-fixing scandals mean for operators in the country, highlighting regional trends and the impacts of the likely peace deal in 2016 on such investigations.

Think of the word ‘cartel’ and the first thing to come to your mind will likely be the groups involved in the illegal drugs trade that saw violence peak throughout the country in the 1980s and early 1990s. However, the situation today is very different: while the illicit drug trade is still a source of violence, this is primarily localised and the gratuitous violent acts related to these infamous drug cartels are much rarer. In today’s Colombia, focus is on a new kind of cartel; business cartels – this time related to certain economic sectors.

These cartels may not necessarily brandish weapons, use excessive violence, or involve high-profile criminals but they can still be extremely harmful for the business environment in Colombia – both for foreign and local companies. Cartels themselves are nothing new, but Colombia’s approach to their activities is. The Superintendence for Industry and Commerce (SIC), the trade and industry watchdog in charge of ensuring competition laws are applied correctly, has recently increased its focus on misuse of competition norms. 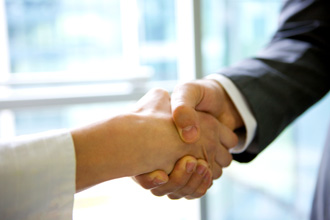 What is a cartel?

Essentially, business cartels are formed when a number of companies or individuals collude to cooperate on aspects related to their sectors – this may be by excluding competitors from the sector or colluding to fix or control prices. Business cartels are illegal in any free market economy, and competition laws are designed to protect against their formation.

In October, in the most high-profile case of its kind, the SIC imposed record fines on a group of companies from the sugar industry charged with price fixing. In total, the companies were fined nearly USD$115m for conspiring to block sugar imports from other central and South American countries. The fines were imposed on twelve sugar mills and several companies after a wide-scale investigation into their efforts to block imports. In addition, the SIC charged 14 executives from the sector with facilitating these efforts. Companies have contested the SIC’s initial decision and although the original fine has been upheld on a number of offenders, the fine imposed on the Association of National Sugarcane Producers (Asocaña) has been reduced. Two of the executives originally implicated have since had charges against them dropped, and at the time of printing, a petition by one of the sugar mills against the fine is being assessed.

President Juan Manuel Santos, showing political support for the SIC’s actions, strongly condemned the sugar cartel and reiterated his maximum support for the SIC’s fight against cartel activity, which he said had the potential to be “the ruin of the productive sector” and further add to Colombia’s economic woes. Santos’ words are a clear message that patience with such practices (which previously went largely unpunished) is running thin, and that there is no time like the present to begin a clamp down. With the peace process with the FARC likely to be completed in 2016, political attention will shift away from conflict-related dynamics. Focus could instead turn to rectifying behaviours which may have been largely tolerated practices during the armed conflict, but for which both political and public acceptance is dramatically waning. Furthermore, given Santos’ public show of support for the SIC, the watchdog is likely to be stronger in the longer term, with the granting of further legislative and investigative capabilities.

Related: Guide to starting and registering a business in Colombia

For operators in Colombia, this means that further investigations by the SIC into alleged cartel activity are likely. In exemplifying this trend, only last week, the SIC announced investigations into the food industry where alleged price fixing had occurred in the city of Cartagena. Results of the investigation are likely to be released in the next couple of months, and any adverse findings could be subject to hefty fines to highlight the strength of the stance against such practices.

Colombia’s experience is not unique, nor is it the only government keen to be seen combating corruption. In Chile, two of the largest toilet paper manufacturers, CMPC Tissue and SCA Chile, who jointly control 90% of the local market and generate combined annual sales of approximately USD$400million, were allegedly involved in a price-fixing scheme exposed on October 29 by the state agency responsible for safeguarding fair competition, the National Economic Prosecutor’s Office (FNE). Further investigations of this kind are likely to be accompanied by the submission of a bill that will likely sanction increased fines and even imprisonment for those guilty of collusion cases. In taking this stance, Chile has shown itself to be a regional leader in the clampdown against price collusion.

Chile and Colombia are not alone in their efforts. The many high-level corruption scandals which have rocked numerous Latin American countries in 2015 have led to public outrage regarding corrupt or anti-competitive behaviour. This will likely prompt the passage of a number of anti-corruption measures throughout the region as political leaders are keen to show that they are serious in promoting fair business practices.

What does this mean for businesses?

While growing intolerance of corrupt and anti-competitive behaviour stands to affect all sectors, scrutiny is likely to be especially high in sectors that are frequently accessed by the public (for example consumer items and financial services), in an attempt to generate confidence in government anti-corruption measures. Furthermore, those working with partner companies could be particularly exposed if a full due diligence study has not been undertaken on said company. This is especially relevant given that watchdog investigations are not likely to be solely focussed on current compliance to competition law, but also on historical compliance to these measures. While this heralds a tougher regulatory environment in the immediate future, it could also generate a more transparent business environment in the longer term, especially for those operators who have operated justly and within the bounds of competition law.

Laura Sharkey works for Control Risks, a global risk consultancy specialising in political, security and integrity risk. The company enables its clients to understand and manage the risks of operating in complex or hostile environments. Through a unique combination of services, wide geographical reach and by adopting a close partnership approach with clients, Control Risks helps organisations effectively solve their problems and realise new opportunities across the world.