Two chefs talk to us about Colombian festive food and the country’s culinary traditions. If you are inspired, we’ve got some recipes for you to try at home.

It’s no secret that the Christmas holidays are the peak time to indulge in copious feasts hosted by friends near and far. Watch the waistline, you say? That might not be so easy to do when tempted by the buñuelos or natilla offered at every gathering around this time of year.

I caught up with chef Julian Salamanca, owner of Chantonner delicatessen and Tierra Santa Cerveza Artesanal, to find out more about festive traditions. He told me that a few years ago in Bogotá, people used to leave their house door open during novenas so that anyone who wished to join could just walk in. People don’t do that anymore, but it’s still something people share with their friends and family.

Just as the climate and costume change in different parts of the country, so too does the food, as chef Nacho Cajiao, the face behind the La Sierra restaurant, explains. So for those in colder climes, hot chocolate during novenas is a must, which is not so true on the coast.

He also said that in many places around Colombia, buñuelos are served with orange syrup. Mixing sweet and salty is something Colombians tend to do a lot.

Christmas in Colombia? Here’s all you need to know about it!

In Medellín for example, people eat hojuelas in Novenas, which is a fried dough covered in sugar. They also enjoy manjar blanco and chicharrón. On the coast people eat bollo limpio with suero costeño and hogao.

December 24 is the peak of the festivities here, in what is perhaps the fattest season of the year. People eat, drink and dance – but mostly eat.

Chef Cajiao told me that in Colombia, like many Western cultures, it’s traditional to consume a lot of turkey, pork chops or chicken around Christmas time. In Bogotá, many people eat ajíaco – a potato based soup with chicken, corn, capers, and cream – as their main dish as well.

Turkey preparations here differ slightly from those in other countries. For example, Colombians season their bird with salsa negra, which is very similar to Worcestershire sauce, and they also add pickled onions. And stuffing the turkey is less common, with many preferring to marinate the turkey in a thick tomato-onion-spice mix for several days before cooking.

Main courses are usually accompanied by coconut rice or mashed potatoes, salads and desserts such as arroz con leche or Christmas cake. Many tables also include sweet breads containing nuts or dried fruits, like the corona navideña.

With such a wide variety of fruit on hand it’s no surprise that fruit desserts are popular. Some examples include dulce de mora, which can also be made with all sorts of fruits including strawberry, peach, brevas, mango, orange, grapefruit, guava. Other people make fruit pies or rollitos de ciruela.

If you wish to immerse in the culture, here are a couple of simple great dessert recipes for you to try during the holidays. 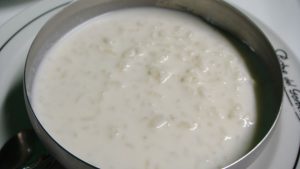 Directions:
Put the rice with the water in a large saucepan with the cinnamon stick and the lemon peel.
Bring to boil at a medium-high heat and cook until the rice is tender (about 20 minutes)
When it’s cooked and semi-dry pour in the condensed milk. Reduce the heat and mix well.
Place the rice in a large bowl, sprinkle cinnamon and garnish with raisins. 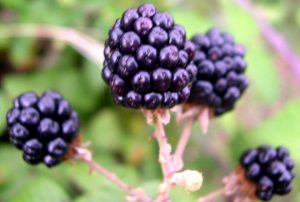 Remove the centre of the moras and wash in cold water. Soak in cold water with lime juice for at least one hour. Drain.
Heat the moras and sugar in a heavy-based pan over a low heat. Do not add additional water – the fruit will release enough juice when it comes to the boil.
Simmer for at least 5 minutes, until the fruit is soft. Add water if the mixture is too thick.
Serve with a glass of milk or with cheese.
Enjoy.

Christmas lights up Colombia in December