Service dogs retire at eight, and the Ministry of Defence now allow private adopters to give them a permanent post-police home.

Ever seen a military dog sniffing around bags at an airport, and felt sorry for it? Well, now you could help them out. After eight years of service, these brave and hard-working dogs are retired to enjoy the remainder of their life. They work mainly in detection – of drugs, but also for survivors of accidents, for money and for illegally trafficked fauna. A diverse skill set indeed.

Many of these dogs build an incredible bond with their owners, and are subsequently adopted that way. Recently, though, the Ministry of Defence have allowed these dogs to be adopted into private hands, as the handlers can’t always take on their dog as a pet. We spoke to Police Captain Carlos Andres Serna Pineda at ExpoPet 2019 to find out more about the scheme.

Most of the dogs are German Shepherds, but there are also Labradors, Golden Retrievers, Malinois and so on. “They say any dog is trainable, but we don’t take every type”, the Captain says. I look at my huskies straining to sniff at a nearby bicycle and understand perfectly. “We have various unusual breeds, smaller and larger, but generally we use [the aforementioned breeds] for their size, temperament and intelligence. They’re comfortable in helicopters, for example.” My huskies are restless in taxis, let alone the skies.

They make excellent companions. “The dogs are mature, and have lowered their energy levels, unlike a puppy, which is hyperactive,” explains the Captain, for anyone worrying about destructive dogs. “They’re calmer, that’s one of their characteristics and better trained: they’re disciplined.”

He claims they suit any type of household, but warns that, “They need space, there has to be space in your house or finca. The dogs adapt very well, they don’t have problems [with families].” They’ll live another three to five years after adoption, which is a very different timeline to a regular puppy or yearling adoption.

They look fearsome and you certainly wouldn’t want to be committing a crime in front of some of the dogs, which look more like fat horses. No need to worry, according to Captain Serna. “One of the principal characteristics for detection dogs is that they’re not aggressive.” In fact, some of them have to search for living people after earthquakes, for example, so they’re trained to react well with humans.”

There are some differences compared to a regular adoption. Some of the dogs have been in areas with particular problems, according to the Captain. “The dogs that have worked in the eradication of illicit cultivation, these conditions are quite extreme, as they are for us, and some of the dogs have medical conditions. But like us, they recover. It’s one of the commitments that a person adopting them has to accept – they may need special food or care.”If you’re interested in adopting a service dog, contact the Ministry of Defence at [email protected] or www.policia.com and you can, in the words of Captain Serna Pineda, “Help a hero.” 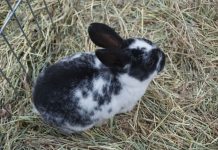