The festival will feature more than 100 events and 170 invitees from across the world.

Writers from around the world will be in Cartagena this weekend to celebrate the city’s 15th annual Hay Festival.

The festival, which runs from today until Sunday, features more than 100 events and 170 invitees. The themes to be discussed range from literature to geopolitics to music and activism and climate change.

The British authors who are attending the festival are there with the support of the British Council in Colombia. They include Bettany Hughes, Philip Ball, Inua Ellams and Alex Beard.

Ball, who has been a science writer for more than twenty years, will be speaking on Friday about the challenges posed by climate change while Hughes, an esteemed historian, will be speaking about her most recent book Istanbul: A city of three names. It outlines the transformations that the Turkish city has gone through over the centuries.

Education specialist Alex Beard, meanwhile, will focus on the different and underused ways of learning. Nigerian and British poet and dramatist Inua Ellams will also be attending the festival, leading a conversation about identity and migration.

The Hay Festival will feature several youth events. One which is particularly worth looking out for is Storytelling for Peace Building, a joint British Council and Colombian government initiative. Now in its fifth year, the aim of the project is to help children and young people from communities affected by Colombia’s decades-old armed conflict to help build narratives which can assist in the peace and reconciliation process.

“This project’s objective is to strengthen the narrative and communicative capacities of children and young people affected by the conflict,” Catalina Melo, arts manager for the British Council in Colombia, told The Bogotá Post. “It gives them the tools to empower themselves and help with the peace process in their territories.”

The Hay festival originally arrived in Cartagena in 2006.

“From the start, we knew that Cartagena de Indias had a unique historical, architectural and cultural setting. But most important was its special human context, with its own cultural scene and literary imagination,” Cristina Fuentes, International Director of the Hay Festival, told The Bogotá Post. “We’re lucky to have a public who are eager to participate and be part of the conversation we want to spark in the city.”

Since then, the city has seen a huge number of celebrated artists, musicians and authors pass through. Former attendees have included award-winning Nigerian writer Chimamanda Ngozi Adichie and American essayist Jonathan Franzen.

This year is no exception. In addition to the British writers attending, Canadian author Margaret Atwood, best known for The Handmaid’s Tale as well as the recent sequel the Testaments, will also feature. Grammy-award winning musician J. Balvin will open the festival on Thursday. 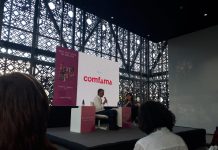 One and the same: Author Laura Restrepo on the blurred lines between journalism and fiction at Medellín’s 2019 Hay Festival 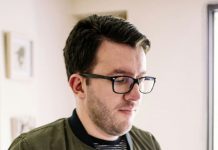 “Whenever I start reading, I can feel the power of words.” A look at Juan Fernando Hincapié’s new novel Mother Tongue