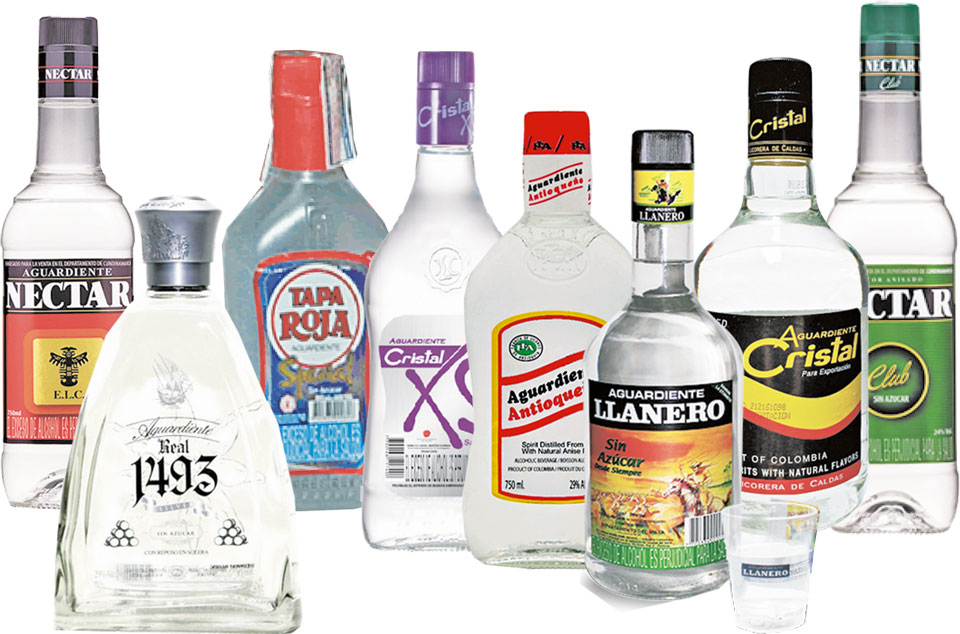 The festive season brings plenty of opportunities to sample Colombia’s very own firewater – aguardiente or guaro. We take a look at what brands to drink, and which ones you should avoid.

No matter where you go in the world, it doesn’t take much looking to stumble upon a cheap, locally-made hard alcohol consumed mass produced by knowing locals. Often adored sentimentally, rather than for anything it offers in the way of taste, the liquor is a bottled ambassador for the region where it was produced. In Brazil you’ll find cachaça; in Mexico, mezcal. For South (and presumably North) Korea, it’s soju; here in Colombia, the liver-destroying elixir of choice is aguardiente, affectionately known as guaro. Each of the country’s regions holds the right to produce their own spin on this anise-flavoured spirit, though many versions are hard to come by.

Related: This is the third in our series of alcoholic articles – check out our forrays into Colombian cocktails and budget wine

To spare you the nerve-wracking indecision that comes with picking which bottle to buy and rapidly down just prior to inevitably racking up untold international data fees from drunk dialling your ex, the intrepid staff at The Bogotá Post have taken the liberty of taste-testing eight of the more popular offerings and providing their impressions of each (all of these can be found in Bogotá).

Hands-down the most readily-available guaro in Bogotá, Nectar Verde is the leading brand in all of Cundinamarca, according to the Aguardiente Nectar website. Flavour-wise, it boasts a soft and refreshing profile whose hints of anise are so subtle, some of our taste testers described it as watery. Of the eight we tried, it ranked second overall in popularity and is the safest bet for the uninitiated.

Another of the mainstays in the long line of Nectar offerings, Rojo isn’t quite as pleasant as its green sibling. The Post staff didn’t have much to say about this one and ultimately ranked it sixth out of eight. Like a siren in ancient Greek Mythology, Rojo lures you in with its flowery aroma before delivering a swift kick to your taste receptors through its rubbing alcohol aftertaste.

Remember the last so-so date you went on? Of course you don’t. Tapa Roja, the ‘pride and joy’ of Tolima, is a lot like that date: overwhelmingly unremarkable. There’s nothing good or bad to set it apart from any other guaro you may have had in the past. One taste tester compared the Tapa Roja experience to “a Tostao inside of an Éxito.” Fifth place.

From the smouldering rubble of abrasive homegrown liquors, a hero emerges. The clear-cut favourite among everything we tried, Llanero stood head and shoulders above the rest from start to finish. It greets you with a sweet, grassy aroma before tickling your tongue with a slightly sugary flavour profile that’s nearly reminiscent of black liquorice jellybeans.

Though Llanero is certainly a tough act to follow, no one could have expected the cataclysmic let-down that was Cristal XS. Unanimously the least favourite of the guaros sampled, XS, like Nectar Rojo before it, stuns the senses with a befuddling cheap surgical alcohol taste. XS in name, XS in taste. Said one Post staff member: “This aguardiente has stripped me of my will to live.”

Not far behind XS in unpopularity is Aguardiente Cristal, presumably the inbred predecessor to the bottled birth defect that is XS. The drinking experience of Cristal was best summed up by one of our taste testers, who groaned: “Smells mild, but it burns.” 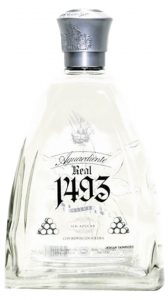 Almost the complete opposite of Cristal, 1493 has an off-putting smell, but reels you back in with a taste that’s slightly less forceful than a shot of vanilla extract. Though not the cream of the crop by any means, its fancy presentation and palatable flavour landed it a fourth-place finish that would be respectable if it weren’t so expensive.

Antioqueño is arguably the second-most common guaro in Bogotá, if not Colombia. Nearly odourless, it carries a pleasantly strong – though sweet – anise flavour that’s unmistakable to those familiar with the many faces of aguardiente. Though local bias may have played some part, Antioqueño wound up third overall.

By Ethan Jacobs. This article first appeared in Edition 49 of The Bogotá Post