Home Latest Impunity for femicide in Colombia is still above 90%

Like many countries, various forms of violence against women in Colombia increased during the pandemic.

Violence against women is a problem all over the world. The WHO estimates that almost 1 in 3 women have been victim to some kind of violence by a partner in their lifetimes. This type of violence can take many forms and has far reaching health and human rights implications.

Colombia has high numbers of domestic violence cases, femicides, sexual violence, and conflict-related sexual violence. It does have some progressive laws in place to tackle these issues, but prosecution rates remain low. Activists point to impunity of over 90% for some of these crimes.

You might think the day of Amor y Amistad would be about love and friendship. It is, but sadly it’s also the day that sees the second most reports of violence towards women in Colombia. Mother’s Day is the worst.

This year, Bogotá’s mayor Claudia López re-introduced a campaign called ‘Pregunta por Ángela’ which encouraged women to approach staff in bars and clubs and say they need Angela if they are in need of help. A similar scheme lets women ask for help in supermarkets and other public spaces.

Pandemic made it hard for victims to get support

It is hard to get an accurate picture of what happened during the pandemic. Ana María Peñuela, from the Ministry of Health said that the risk of violence against women and girls in the home had increased during the health emergency. But several activists and observers, including Peñuela, point out that victims may have had trouble reporting these crimes because of the quarantine restrictions.

Juliana Castillo Rodas, of the Fundación Feminicidios Colombia, an NGO that monitors gender-based violence told The Guardian: “Sadly when we speak about violence against women in Colombia, there isn’t a single place that we can call ‘safe,’ but what we can say is that the home has become one of the most dangerous places for women.”

There are a number of groups and NGOs in Colombia that advocate against and raise awareness of violence against women. Support groups for survivors of sexual violence — like Mujeres Gestionando Paz — also campaign for justice. But it’s also important to tackle the roots of the issue, with the hope of slowly changing the dynamics that lead to violence.

That’s why projects like the Escuela Nacional de Desaprendizaje de Machismo (ENDEMA), a school for unlearning machismo, are key. The project, which involves Brigitte Baptiste, president of Ean University and a leading voice on gender issues, the European Union, and Colombian journalists, aims to combat prejudice. As Baptiste put it, “the exercise invites us to unlearn, to watch what we say and who we say it to, to not widen the gap between men and women.”

Femicide has long been a problem in Colombia, so much so that in 2015, the country passed a law that made femicide — a gender-based hate crime — a legally defined crime with heavy punishments. It gives the state more power to intervene and gives more power to the victims of these crimes.

However, according to data from the Observatorio Feminicidios Colombia, the number of femicides increased from 571 in 2019 to 630 in 2020. These figures are higher than reports from other organisations — the Fiscalía registered 186 victims in 2020.

One additional aspect to understanding violence against women in Colombia is the sexual violence that took place during its conflict. According to research by PeaceWomen, 489,687 women were victims of sexual violence between 2001 and 2009. This equates to about 150 women suffering this type of violence every day.

The peace agreement was the first of its kind to specifically include a gender sub commission and dedicate a chapter to gender. The final accord included 130 measures to promote equal rights, including commitments to include female ex-combatants in economic initiatives and that women would play an active role in peacebuilding. It also included specific measures to ensure victims of violence could access the transitional justice system.

However, implementation is proving a challenge. According to the latest Kroc Institute report on gender implementation, in 2019, 42% of the gender commitments had not been started. In comparison, work is underway on 27% of the overall commitments.

In addition, a report from the committee set up to monitor the implementation of the victim law, showed over 90% of cases that were referred to the Fiscalía remain uninvestigated.

And the violence continues. The peace agreement may have brought about peace on paper, but in reality, many regions of Colombia still struggle with armed violence as gangs attempt to fill the vacuum left by the FARC. COVID-19 restrictions meant women in these regions were especially vulnerable. According to a report by the UN, “The pandemic increased vulnerability in areas affected by conflict, making it difficult for survivors and women’s organizations to gain access to protection mechanisms and referral pathways.”

It may be some time before we know the full impact of COVID-19 on violence against women, but we can already see that the picture has worsened. However, authorities have at least shown they are aware of the problem. As Colombia grapples with a new normal, we can only hope the figures from 2021 show a reduction in this type of violence and an increase in prosecution. 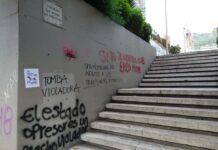 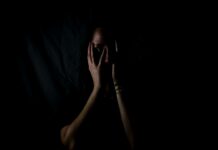 Behind closed doors: Domestic violence against children in quarantine 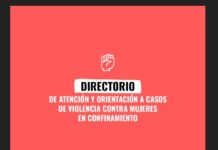