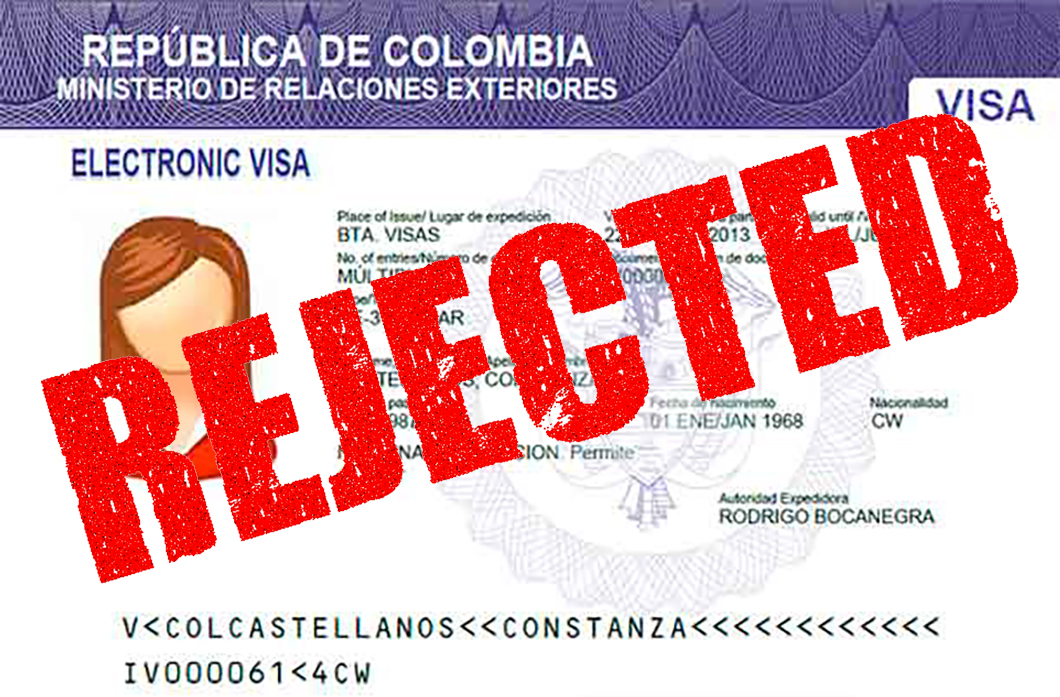 “I was super frustrated,” said a colleague of mine after spending another four hours in the visa office to pay out another COP$58,000 on his second salvoconducto. “But then I looked at the crowds of Venezuelans waiting in Migración and I realised I was lucky.”

He has spent the last few months on the merry-go-round of red tape trying to navigate the new freelance visa requirements.

The truth is, many of us foreigners who live and work in Colombia are lucky. We don’t have to submit six months of bank statements and a letter from our employer just to get a tourist visa. Our families are not being split apart by insane and ever-changing laws that push mothers and fathers away from their children.

But the visa rules are getting stricter, and with that strictness has come an attack on the freedom of the press that may well have been unintended.

Of course, every government needs to control the people coming in and out of its borders. The issue is that the changes that have been made to the independent worker’s visa are costly and extremely difficult to comply with. It’s not just journalists who have been hit, it’s also designers, accountants, artists and entrepreneurs; a host of people with flexible jobs who have based themselves in this country, paid their taxes and made their homes.

My guess is that was an oversight in a qualification-obsessed country to demand that independent workers provide a certified degree certificate in their chosen field to support their application. And that that oversight has been amplified by a badly thought through bureaucratic process.

In fact, the degree certification process is so unwieldy and expensive that I haven’t found a single person who’s been able to complete it. You need to get your original degree certificate and result’s transcript apostilled in your own country and then sent to Colombia. You then need to get them officially translated and submit them to the Ministry of Education who can take between one and three months to rubber stamp it.

Several fell at the first hurdle: they didn’t realise they needed the results transcript and threw away time and money getting their degree certificates sent over. More fell at the second: they couldn’t get the document apostilled because some embassies won’t apostille results certificates, only the degree. Some tripped up by trying with a Master’s degree, only to find they still needed all their post-graduate documents as well. One, who started the process with what he thought was plenty of time, fell at the third sticking point: he couldn’t get his degree officially translated because it is written in Latin and amazingly there are no government-authorised Latin to Spanish translators. Still others are hovering at the final fence: eking out their salvoconductos and hoping that the Ministry of Education will give them the all clear.

But getting lost in the crazy minutiae of certifying misses the bigger point. You don’t just need a degree, you need a degree in your field of work. And many journalists do not have journalism degrees. Journalism degrees are actually a relatively recent phenomenon in some countries; many of my peers in the UK got their NCTJ (National Council for the Training of Journalists) certificates after finishing degrees in other topics. And they learned their trade on the job ­– interviewing real people, investigating real life – not in a classroom.

If you look at big names in international journalism, few have actual journalism degrees. Gabo didn’t even finish his law degree. Robert Fisk studied English Literature followed by Political Science. Kate Adie has a degree in Scandinavian Studies, Bob Woodward’s degree is in English Literature and History. Anderson Cooper? Political Science and International Relations. Glenn Greenwald? Philosophy followed by Law. Daniel Samper Ospina? Literature. The list goes on. And it shows that many of the most influential journalists in the world would not currently qualify for a freelance worker’s visa as journalists in Colombia.

Not to labour the point but Samuel Langhorne Clemens (aka Mark Twain), Ray Bradbury, Truman Capote, HG Wells, Jack London, Charles Dickens did not have any form of university qualification at all.

Colombia, currently the golden boy on the international scene, actively benefits from the presence of long-term international journalists. Some of the journalists affected by the new visa rules have by-lines in top newspapers throughout the world. They have acquired years of knowledge that you simply can’t get in a six-month stay. Colombia actively spends money flying in international journalists to show them the ‘new face’ of this traditionally maligned country. Yet three international freelancers who had made their lives here have already left. Two more are on the edge.

Put simply, if journalists are unable to legally pursue their professions, their independence is automatically compromised. How can they report honestly on corruption in Colombia when they can be thrown out of the country at the whim of any public official?

It’s true that some of the long-term journalists know the country well enough to be critical. Some are. That’s our job. And it is illegal for the government to try to limit that. That’s why organisations like the Foundation for the Freedom of the Press (FLIP) put out a statement this morning asking to meet with Migración Colombia and the Cancillería to try to find a solution to the problem.

It’s why we at The Bogotá Post are teaming up with Colombia Reports and Finance Colombia in pushing for a change in the law. We have filed complaints with the Committee to Protect Journalists, Reporters without Borders, the United Nations and the European Union.

There must be other ways to prove one’s journalistic or other professional credentials – and I for one would like to see journalists that I respect receiving assistance to stay in the country. I think Colombia is all the richer for their presence.