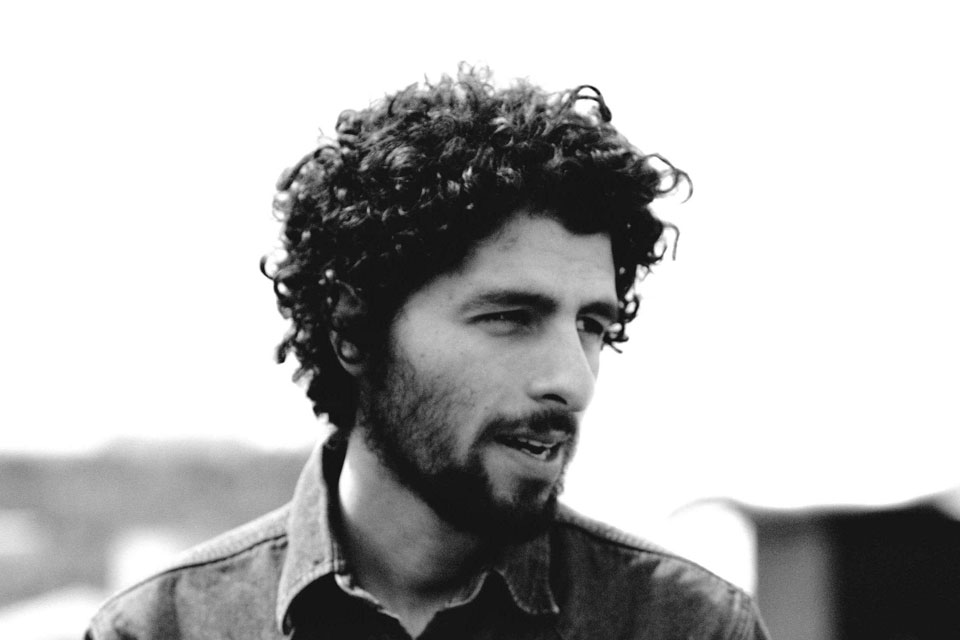 After his recent concert in Bogotá, Scott Figler caught up with famed folk musician José González to discuss his influences, his guitar style, and his favourite Latin American empanadas

If you haven’t heard of Jose Gonzalez, you owe it to yourself to give him a try.  Jose is a Swedish musician born to Argentine parents who fled Argentina’s Dirty War in the 1970s. The contrasts between the two continents can be heard in his music, which fuses precision nylon-string guitar with introspective lyrics. Whether playing solo or with his band Junip, he is among a shortlist of truly special artists who can hush an outdoor theatre with a very minimalist sound.  Here’s what he had to say to us after his second time playing in Colombia – his first trip back since 2008.

Scott Figler: Thanks for taking the time, Jose. I think I first heard you was on the NPR, they used to do a live concert series.

SF: That’s the one. Have you toured in Latin America before?

SF: Do you feel a special connection to the region, given your family history?

JG: Definitely. For one thing the language. Growing up in Sweden we would talk Spanish at home.  And then having my relatives in Argentina and my dad there for the past 15 years. And of course through the music. All the music we listened to at home, a lot was from Argentina or Brazil, or Silvio Rodriguez from Cuba.

SF: I’ve read that you are into a lot of musical movements from the 1970s, like Cuba’s Nueva Trova, Argentina’s Nueva Canción, and Brazil´s Tropicalia.

JG: Yeah, well it’s two things really. Obviously those particular musical styles with people like Silvio Rodriguez in Cuba and Mercedes Sosa in Argentina, but also the style of recording from that era – and not just in Latin America but more generally, the way music was recorded all over the world in the 1970s. All these things have affected my taste and had a big influence on me.

SF: A lot of these movements and styles are very political.  Do you see yourself as a political musician?  Do you follow politics in Latin America and in the rest of the world?

JG: When I listen to them I like it more from an aesthetic point of view. Growing up I didn’t know much about politics, but I knew I wanted to be on the side of the weak, especially with my parents being left wing. But later, when I was writing my own music, growing up and living in Gothenburg, Sweden, I wanted to write about injustice, but I was looking around and didn’t really have much to complain about. So it’s been an issue for me – I like the aesthetics of protest music, but didn’t feel like I had much to sing about. For me being political is more about humanity and the larger picture, not whether we should have a bigger or smaller state, or whether we should raise or lower taxes.

SF: Well if you did sing about whether we should raise or lower taxes, you might be the first one.  That could be an interesting niche.

JG: (laughs) Well when I hear politics that’s what it is to me.

JG: I like the ones with cheese and choclo (corn). I grew up with that one. I’ve been vegetarian for almost 20 years now. So whenever there’s birthdays we make empanadas with fake meat and my mom does the spicing so that it tastes more Argentinian.

SF: Apart from touring, have you travelled around the region without a guitar?

JG: Not enough. But there was one tour where I stayed in Argentina and me, my dad, and my brother went on a trip south through Mendoza and over the mountains and up through Chile. We also did some trips with my family when I was younger in Argentina,  Chile, and Brazil. But definitely not enough.

SF: What are some of your favourite venues to play in around the world?

JG: That’s a hard one. I really liked the Jorge Gaitán Theatre in Bogotá. For me the venues are important some of the time, but most of the time it’s the audience that makes a show great. Last year I got to play in very iconic buildings like the Sydney Opera House and the Disney Orchestra in LA.  For me it’s more about the people.

JG: Well for me it’s definitely something I have noticed. When I go to the UK people get so many bands that sometimes they are excited but for some people it’s the seventh show they’ve seen that week. So whenever I do a Latin American show it’s always really good. Last year I went to Eastern Europe more than usual and those shows really stood out. 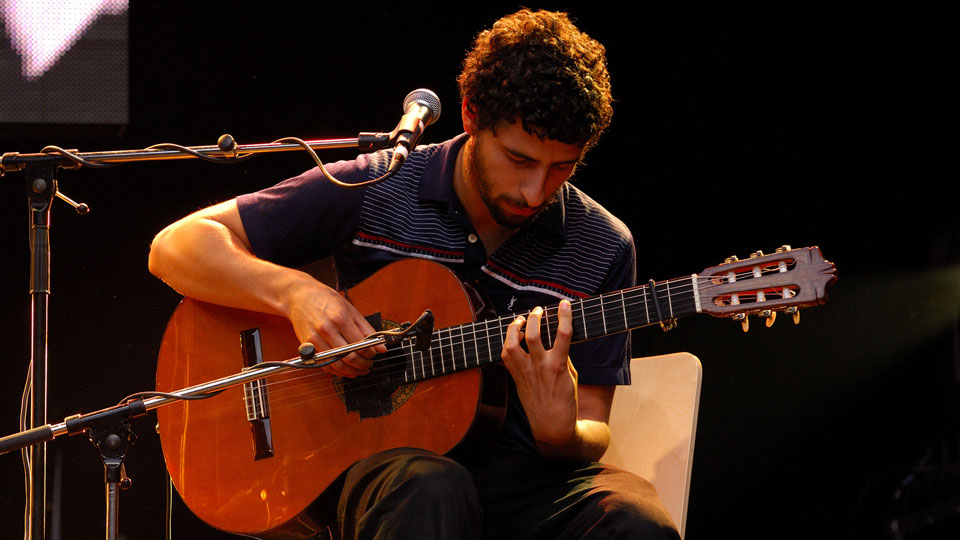 SF: The last time I saw you play the lineup was extremely minimalist.  But you’ve built up your solo act, it´s a much bigger sound now.

JG: The guy and the girl I played with the last time you saw me are Yukimi Nagano and Erik Bodin from Little Dragon [a Swedish band]. They came with me on the In Our Nature tour.  Since then I’ve been switching between playing completely solo and playing with a band. With this album it’s been mostly with a five-piece band – an additional guitar, keyboards, two percussion and three vocals. So that was an idea that came to me when I was recording those songs; I started adding instruments. The idea was to have a percussive band with lots of vocals and the extra guitar was a bonus.

SF: Is there any overlap in personnel between your solo band and Junip? Any guys who play in both?

JG: Well all of those musicians have been playing with Junip at some time or another.  Elias [Araya, formerly in Junip] and Tobias [Winterkorn] are not in the live band, they are only with Junip.

JG: With Junip it’s really easy, we just jam together and put something together from scratch. And then I take that and work on the lyrics and vocals. But I never sit down to write a Junip song.

SF: So things just kind of happen naturally when you’re with a band?

JG: Exactly, we just decide what groove or chord progression we want when we are playing together, and that gives us a certain sound.

SF: And when you’re playing with a band does it change your approach to guitar? For example, when you are playing with the band are you still hitting bass notes like you do in your solo music?

JG: Oh yeah, for sure. When I play my solo music with a band I play it exactly as it is on the recordings. Many of my tunings are in Drop D, many are in D-A-D-F#, and lately I’ve been using a lot of normal tunings except for the G going up to A. I play the same all the time, and usually I just ask other musicians to add their stuff.

SF: Can you describe your practice routine and what you do to get yourself in the zone?

JG: It’s always been through jamming. Whenever I have a riff that I like I press record and I keep collecting these demos. These days I just sit down and try to find patterns and chord progressions that are fun and interesting. When I decide to do something proper with one of those riffs I work on variations of the bass line or the arpeggio or the melody. The last step is humming and trying to find words.

SF: So you generally start with the riff first and then the words.

SF: Now that you’ve put out your third solo record, is the plan for the next one to go back to Junip?

JG: I don’t have a plan actually, it’s pretty open. I have some tours coming up that will take up most of my time. I have a tour coming up with the Gothenburg String Theory orchestra. So it’s going to be a bit of live music and I´ll probably start writing again later this year, but I haven’t decided which projects I will focus on.

SF: Do you write in Swedish or Spanish?

JG: I´ve tried once in a while but it doesn’t come out well… I think it could be fun to try out at some time or try to write with someone, because I like how it sounds. I’ve gotten used to writing in English. We’ll see.

JG: Well for me it’s less noble than to make your own videos. But it’s been working out well for me with the SONY advert, it was very tasteful. Maybe for someone watching they would have preferred it without the SONY logo at the end, but it’s the type of video that wouldn’t have happened without the SONY budget.

SF: I can imagine it would be hard to close off streets in San Francisco and let thousands of bouncing balls loose without a big budget.

JG: Yeah, but then there’s a lot of adverts that I don´t do. With commercials I think maybe we wouldn’t be worse off without them. There’s something happening that I’m not sure I like completely, being bombarded with imagery that you haven’t asked for, especially in big cities and also in TV commercials.

SF: What’s your opinion on how music is distributed and shared and sometimes purchased, these days?

JG: I’m not sure actually. When I released my first album in 2003, it was around the time that downloading was booming. I pay for a couple of different music and movie sites nowadays, but I didn’t do that as a young person. I think it’s good to get as much culture out there as possible. One has to take a couple of steps back and see that we are part of a huge revolution and I try to be one who cheers for the democratisation of information.  We’re finding the ways to make this work. There’s musicians who are working their asses off but can’t pay the rent and others who can pay rent for thousands of people if they wanted to.

SF:  Well that’s about it. Thanks for your time Jose and thanks for being a fantastic musician!

Tres Bastardos: “A kingdom without a king” 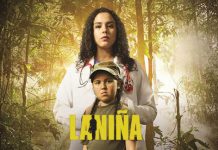