Home In This Edition Largest ever Colombian Youth Olympics delegation

The Youth Olympic Games in Buenos Aires are underway and Colombia has sent 56 athletes. The games started on October 6 and run until October 18.

Buenos Aires is hosting the third edition of the summer Youth Olympics. It is the first time that the Argentinian capital has hosted an Olympic event, only two years after Rio de Janeiro hosted the first-ever Olympic Games in South America.

Colombia has 56 athletes in Argentina, competing in 15 different sports. Among the stand out names in the delegation are tennis players Nicolás Mejía and María Camila Osorio. Both sit in sixth place in the world youth rankings and are tipped for silverware in the opening week of the games. In many of the sports the competitors from different countries and continents are unknown to one another, making it an open competition.

The event could have taken place on our doorstep as Medellín had put in a bid to host the games and made it to the final round of voting. But it was the Argentinian capital who won the final round with 49 versus 39 votes, much to the disappointment of the Colombian sporting world.

Just a few days into the event and Colombia has already come close to its medal haul from the two previous editions. In Nanjing four years ago the medal count stopped at one gold medal and two bronze medals, while in the inaugural 2010 Singapore games the cafeteros gained two gold and three silver medals. This year, with the largest delegation ever in Buenos Aires, hopes are high for Colombia’s young athletes.

You can follow every step of the Youth Olympic Games in Buenos Aires on the nine live stream channels available on their website. 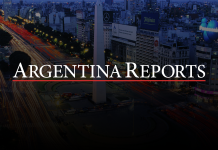