Colombian women entrepreneurs have played leading roles in creating some of the most successful businesses in Colombia, ranging from fitness to laughter. Luisa Leon was at the launch of a new book, Mujeres Empresarias Colombianas, that tells their stories.

Servientrega’s Luz Mary Guerrero Hernández, Bodytech’s Gigliola Aycardi Batista, Crepes & Waffles’ Beatriz Fernández Fernández,  Alta Moda’s Silvia Tcherassi Solano and Fundación Doctora Clown’s Luz Adriana Neira Cifuentes. These are but a few of the successful entrepreneurs who have revolutionised different sectors in the country and provided no shortage of material for Elber Berdugo Cotera, author of Mujeres Empresarias Colombianas: ¿Cómo se llega al éxito? Berdugo wrote the book because he felt there was a distinct lack of literature about successful women entrepreneurs: “There are thousands of women working in different fields all over the country who need recognition from the government and academics,” he stated at the launch of Mujeres Empresarias Colombianas.

Although Mujeres Empresarias Colombianas is not a management text in the theoretical sense – Berdugo is an economist and historian and currently a professor in the Universidad de la Salle – hearing the stories of these five outstanding entrepreneurs is just as useful for budding businesspeople as any tome on leadership theory. The book follows the lives of each one from childhood, exploring what inspired them, the risks they took and how they made their entrepreneurial dreams come true. Berdugo identifies some common traits, such as perseverance, courage and passion, traits that he thinks “will serve as an inspiration to all people that are thinking about entrepreneurship.”

Mujeres Empresarias Colombianas is available from all major bookstores or directly at the Universidad de la Salle.

“I come from a large family in Boyacá,” Guerrero tells us, explaining that for her, building a successful business was born out of necessity. “It was a question of hunger, we had to revolutionise a region, a country.”

Indeed, Guerrero’s entrepreneurial spirit started at a young age. “My brothers and I have been entrepreneurs since we were born, harvesting and selling pumpkins in the square,” she says. However, despite this natural flair for business, founding Servientrega – one of Colombia’s biggest messaging services – did not happen overnight. After arriving in Bogotá at 19, it took her ten years to finish her undergraduate studies, having to stop multiple times to earn money to pay off her tuition fees.

Guerrero, who started the business with her brother, Jesús had her lightbulb moment while she was working at a transport company. She realised that small packages were spending days in the warehouse waiting for lorries to fill, which sparked the idea for Servientrega with a guarantee to deliver packages in 48 hours. From rudimentary beginnings – making deliveries using with two cars belonging to her sister and herself – the company has grown into one of the most important courier and shipping companies in the country. The organisation that began by telling people, “if you have a phone and a garage you can be Servientrega managers” now has 2,200 vehicles as well as operations outside Colombia in the United States, Panama , Ecuador, Peru and Venezuela.

“We’ve been running a sustainable operation for 35 years with more than 9,500 employees and over the last five years we contributed COP$500 billion in taxes,” says the former pumpkin seller. The uphill struggle clearly paid off when in 2009 the company won the Entrepreneur of the Year master award from Ernst & Young and the magazine Dinero. She counsels squirreling away as much cash as you can. “My advice to students is to value what you have and to save, saving is fundamental.” 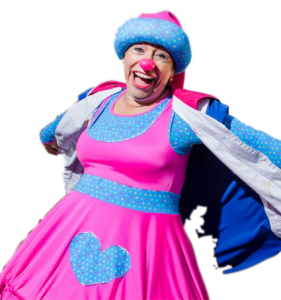 Neira didn’t set out to be a social entrepreneur, though she now sees that is what she has done. “I just saw an important opportunity to pay something back, to have the chance to make all my dreams come true,” she says.

Fundación Doctora Clown uses clown techniques and laughter therapy to enhance the physical, psychological and emotional health of Colombians. The non-profit organisation works with companies as well as projects that generate social impact.

As the fifth of eight children, Neira’s family had always struggled financially, but she never let this dampen her dreams. She spent years working and saving, so that she could study physical theatre in Switzerland.

While interning at Zurich hospital she discovered the power of clowns and laughter therapy to improve patients’ wellbeing, particularly children. This experience inspired her to create the clown foundation in 1998 alongside her sister and brother-in-law.

“We invest more or less COP$1.2 billion a year in laughter therapy, and we finance ourselves through the services we provide to businesses and the merchandise we sell at stands,” she explains.

“We are in ten cities in Colombia and other countries have been inspired to reproduce the idea.”

Saying that “what matters is the impression you leave on the lives of others,” Neira advises people to put all five senses into everything they do and what matters to them. 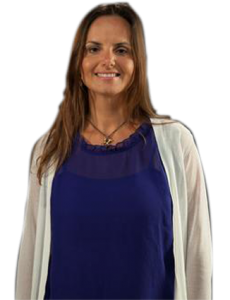 “I didn’t want to work for anyone else.  When you’re an entrepreneur you work 24/7 and your clients are your bosses. That’s how I started 20 years ago and I have never regretted it,” says Aycardi. She also explained to her audience the importance of hard work, “In my team we say that luck is given out at 5am.” Mind you, her rise to glory does involve a certain amount of luck, paired with risk-taking and perseverance: “Fifteen banks said no to us, so my mother mortgaged the apartment we lived in because she believed in us from the beginning.”

Born in Ocaña, Norte de Santander, Aycardi studied Industrial Engineering with an MBA at the Universidad de los Andes in Bogotá. It was here that she met Nicolás Loaiza, the business partner with whom she would go on to co-found Bodytech, one of Latin America’s most successful gym chains.

The idea for the business actually came out of a degree project in which the pair identified a gap in the capital’s fitness market. Their business model, which combines a sports medical centre with gym facilities succeeded beyond their wildest dreams. From their first club which opened in 1998 with just 30 employees, Bodytech is now a multi-million dollar business with operations in three Latin American countries and over 4,300 staff. Her advice for budding entrepreneurs? “You have to do what you want to do with passion and drive. You have to enjoy it, otherwise life will be bitter.” 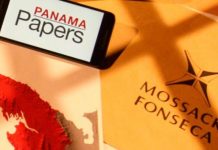