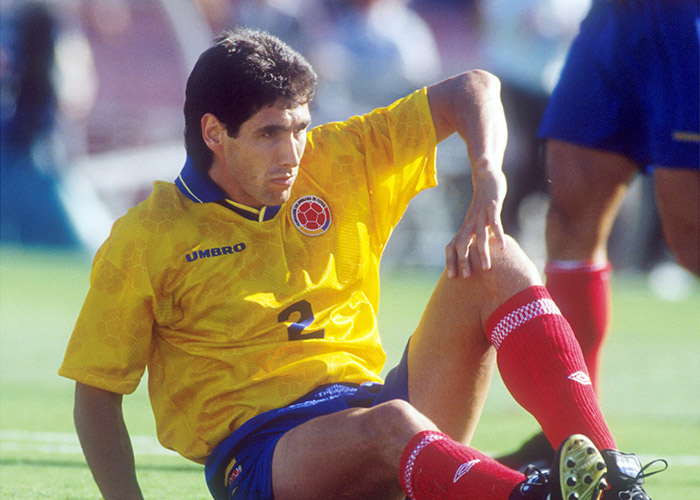 The assassination of Andres Escobar is one of the blackest hours in this country’s sports history. As a result of an own-goal, Colombia was eliminated from World Cup 1994, which was held in the US. After 24 years, the Colombian police believe to have finally found the man responsible for the killing. His name is Santiago Gallon Henao and he’s a drug lord.

In the run-up to that ‘94 World Cup, Colombia had performed extremely well and was tipped as an outsider to win the event. However, due to Escobar’s own-goal, the Colombian adventure ended early at the group stages. It left the football-crazy nation grief-stricken and infuriated many.

At that time Andres Escobar starred for Atletico Nacional in Medellin, a team that was boosted by Pablo Escobar, who was in no way related to the footballer.

In the eighties, as the drug money rolled in, Colombian narcos saw football clubs as exciting laundering havens. During this infamous era of Narco-football, Pablo’s drug money turned Atletico into one of the best teams in South America.

“It allowed us to bring in great foreign players and keep our best players from leaving,” said Maturana, who was at that time manager of Nacional, in the outstanding ESPN documentary ‘The Two Escobars’.

But the successes of the two Escobars fed the rivalry with Cali, where the Rodriguez brothers of the Cali Cartel had bankrolled the local team. 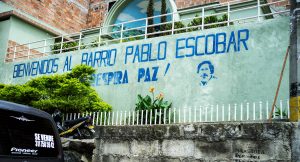 After Andres Escobar’s own-goal, the atmosphere was tense in Medellin upon his return. By that time, Pablo Escobar was already dead, which had caused great turmoil in the City of Eternal Spring. Without a clear cartel in charge of criminal law and order, the city was out of control. New drug lords applied for the freed-up space in the underworld and wanted to impress opponents. Some people believe that if Pablo Escobar had lived, the footballer wouldn’t have been killed.

Though loyal fans supported him, Andres Escobar received harsh criticism on his arrival. A party night in Medellin nightlife district led to an argument with the Henao brothers, 2 notorious drug and gambling barons, and the star defender was shot to death.

His death was unforeseen and shocked the whole world and gave room to all kinds of speculations.

Was it just the wrong argument, with the wrong person, at the wrong time? Was it a drunk, overheated retaliation for having lost the World Cup? Or was it a crazy reaction from a hardcore-fan of another Colombian team? Remember that at that time in Colombia, wearing the wrong soccer shirt in the wrong neighbourhood could still cost you your life.

Or was his death related to the narcos? Was the killing of Atletico Nacional’s best player revenge for the blood that Pablo Escobar had spilled?

Another theory led to the betting mafia. The Colombian footballers were under a lot of pressure during the ‘94 World Cup. They received threats from Colombia’s criminal underworld to make sure their assets made profits. This destabilized the team and spread fear, something that would have affected performances as well.

Humberto Muñoz Castro, the driver of the Henaos at the night of the shooting, was pointed out as the legal killer. He got a 43-year sentence and was released after 11 years.

However, who had really been behind the crime remained unclear for a long time. The Henao brothers, the obvious suspects, cried out their innocence and got away with a few months in prison for obstruction of the investigation.

After 24 years, however, there might be a new breakthrough. This week, Santiago Gallon Henao has been arrested once again at the Venezuelan border; this time not for sponsoring paramilitary groups, like in 2010, but for his well-known involvement in drug trafficking.

Together with his brother Pedro, Henao had been running a drug and gambling empire for a long time. In the nineties, they had been a fierce opponent of Pablo Escobar and had allied with the Castaño brothers, paramilitary villains, to bring him down in order to seize control of Medellin’s drug business.

Henao has been sent to a Colombian prison. However, since a New York Court has asked for his extradition he might soon have to move house and do time in a US prison.

Though the big cartels of the nineties have fallen, drugs are still big business in Colombia, making up 1,2% of the country’s GDP.

The game has changed, however. There’s more micro-traffic, and it’s organized like a real business.

Furthermore, drug consumption in Colombia itself is on the rise. And every now and then, even international high-ranking officials get caught. Recently, Christopher Ciccione, a special US Immigration agent was bribed successfully by a former member of the Cali Cartel, who received confidential information. This resulted in the dismissal of a lawsuit against a Colombian kingpin Jose Bayron Piedranhita.

After the downfall of the big cartels, the guerillas of the FARC, as well as paramilitary groups, took over the business. They controlled the coca production and used it to fuel their war. These two players shared the power with the last big cartel, El Cartel del Norte de la Valle.

However, the FARC didn’t control the distribution-routes nor did it have access to the consumer’s market. And in 2006 the paramilitaries, at least theoretically, ceased to exist.

As the narco-axis moved from Colombia to Mexico, these groups maintain a lower profile than their heroic predecessors and partner with bigger Mexican cartels.

The drug business is still deeply rooted in Colombian society but, hopefully, the arrest and subsequent conviction of Henao can be the closing of a dark chapter in Colombia’s history.

Popeye – in his own words 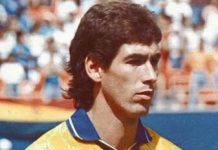 Opinion: Has Colombian football overcome the tragedy of Andrés Escobar?