Home In This Edition Navidad in two cultures

“But you can’t leave already,” she said, the final traces of Christmas joy fading slowly from her face. “It’s December 25th. We agreed we were going to do a British Christmas this year.”

Those were the disappointed words of a good friend of mine, some years ago, when her vast Colombian family rose from the table, as early as 2pm on Christmas Day, and said their collective goodbyes. She was devastated and it was all my fault.

My friend, you see, is a loyal Colombian and like all loyal Colombians her greatest wish is for visitors to her country to love it and feel as at home as she does. It was my first Christmas in Colombia and, after inviting me to spend those few days with her family, she had spent weeks quizzing me about the festivities in London.

“It depends,” I said. “Christmas Eve isn’t really a thing for us. Some people go to the pub for a pint with friends. Others frantically finishing their wrapping. But most of us just flop in front of a Christmas film and wait for the 25th to begin.”

And that was how her plan for “Christmas in two cultures” began. My friend, as usual, organised the huge family get-together on the 24th. There was music and laughter, over-excited children and a mad rush to open Christmas presents the moment the clock struck midnight. So far, so Colombian.

Now I admit I’m one of those who makes Christmas Eve more about the movies and chocolate than the music and alcohol, so that was one of the bleariest Christmas mornings I’ve had in a long time – especially when you consider that the sun was shining brightly and I had a worrisome vallenato hangover ringing in my ears.

But it was Jesus’s birthday so my friend, her eldest son and I rose early to get cracking on that Christmas dinner. We did our
best – meat, roast potatoes, stuffing and vegetables – and we made a very fair crack at a pudding too. By 11am, when the rest of her family arrived, a very British Christmas was well under way. So much so that none of us noticed their vaguely disgruntled faces.

“I can’t believe we’re up and out of the house,” one uncle remarked, as I attempted to engage him with a home-made but highly rewarding Christmas cracker.

“Normally we would be at home. In bed.

That should have been the warning sign but no, it still came as a shock to my friend when the family gobbled their dinner, slurped their champagne and fled en masse for la casa.

“What happened?” she said, her lip wob- bling visibly. “I thought we were going to do what you said – watch the Queen’s Speech on YouTube, play board games, eat too much, drink too much, fall asleep in an armchair, try to ignore the kids fighting over their new toys.”

“I guess we tried too hard,” I said. “You can’t change a culture at Christmas. We may as well do what everyone else is doing and just watch a film.”

“Hmph,” she said. “Fine. But next year, please lets go with you to London so we can all have a proper British Christmas.”

“You would do that?” I said, slightly startled.

“Of course,” she said. “Although there is one condition. We would need to have a party on Christmas Eve…”

Rachel Beresford is CEO of Executive English Training. In this, her regular column, she explores various aspects of living in more than one language. 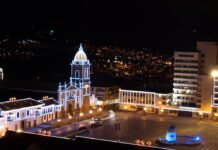 Don’t have a lot of money to travel in December? Go to Boyacá! 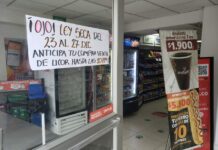 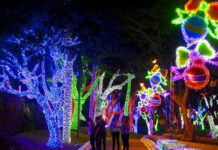