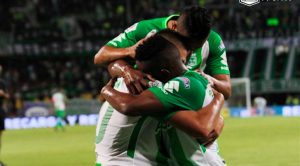 The Colombian league championship will be decided in the second game after Once Caldas and Atlético Nacional drew 2-2 in the first leg on Wednesday.

Once Caldas had its chance to establish home field advantage at the Palogrande Stadium in Manizales, but its now the Medellín team that has to be feeling good going back home for the deciding match next Thursday.

Atlético Nacional looked like it was going to steal a win on the road after it scored in the 31st minute off a goal from veteran forward Aldo Leao Ramírez.

Just 10 minutes later, however, the home team struck back as Once Caldas’ Ricardo Steer got his team on the scoreboard. Steer came right back after the half to put his side up 2-1 as Once Caldas began to look like it might blow out Los Verdolagas with its decisive, attacking pace.

When Nacional seemed to take back some momentum, it was Once Caldas goalie José Fernando Cuadrado who stepped up for the team from Manizales time and time again. That was until Nacional striker Vladimir Hernández slipped one past Cuadrado and kept the Medellín side in great position to lift the Copa Colombia trophy in front of its home crowd in a week.

The two will meet with the Colombian championship on the line at the Atanasio Girardot. Nacional will look to get back on top of the league after finishing second last season when falling in a heartbreaking penalty shootout to Tolima. 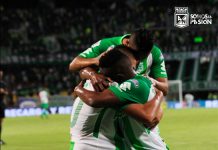