“¿Usted sí sabe qué es nea?” was the question that the famous paisa cyclist Rigoberto Urán posed to the local news reporter who had previously asked him why he had cut his trademark hair style—a tuft of hair that fanned out down to his shoulders. You do know what ‘nea’ means, right?

The reporter didn’t. And after winning the 9th round of the 2017 Tour de France, Urán was either too tired or simply unwilling to explain it. And thus was born the ‘nea’ heard around the world.

In a tremendous expose by the Medellin-based publication Universocentro, Juan Fernando Ramírez Arango delves into the etymology and provenance of the word “gonorrea” as it is used in paisa parlance. Ramirez takes an anthropological linguistic approach to the word and through extensive research traces it back to the jail cell of a notorius paisa criminal circa 1982. Almost a decade later, the Dictionary of Popular Speech in Antioquia was published, including both ‘Gonorrea’ and ‘Nea,’ where the edition defines the latter as a shorthand of the former.

Despite the word’s narco origins, adolescent school children were some of its early adopters. Afraid of the repercussions of using the word around authority figures (mainly parents and teachers), the story goes, these savvy kids changed the word ever so slightly in an act of artful defiance. It’s important to note that this kind of linguistic subversion also goes both ways—cautious parents do it around their children when they stub their toe, mollifying ‘fuck’ to ‘fudge’ or hijueputa’ to ‘hijuepucha.’ This, however, is not that because ‘gonorrea,’ which gave birth to ‘nea,’ lives a very distinct life from its origin.

The two closest approximations of ‘nea’ in English that I could come up with attribute two different meanings to the word. The first operates as insult, as in “He talks very nea,” or “That bar last night was very nea.” This usage is very similar to how many Americans used and use the word “ghetto.” And while the ghetto was a place before it was an adjective, one that people rarely opt into, ‘ghetto’ became an adjective to describe everything from music to clothes to speech patterns. I’ve heard ‘ghetto’ used to describe broken phone screens, a leaky toilet and, probably most frequently, hairstyles and fingernails.

‘Nea’ assumes a similar role in paisa Spanish. When describing something as lower class or “hood” or “ratchet” people will often draw upon “nea”. However, in my observation, the word is most often used to refer to people.

Which leads me to its next approximation. One definition in Urban dictionary describes the meaning of the word “as friend or bro. It’s similar to parce or parcero.” The other, which is also my assessment, goes like this: “A more politically acceptable name for ‘nigga.’ See nea plz.”

Without delving too far into the obvious racial connotation, ‘nigga,’ when used by a non-black person is almost always recognized as a slur. However, within the black community, ‘nigga’ is both used as a slur and as an alternative to “friend” or “bro.”

I make the comparison because both words are imbued with a kind of cultural permission. The decade-long question about ‘nigga ‘is “who is allowed to use it?” Because the origins of the word are unmistakably racial, the discussion around it pertains very closely to race. The lines for ‘nea’ are equally complex. Does ‘nea’ refer to a socio-economic status, an education level, a region, a culture, a lifestyle, a hairstyle? And again, who “gets” to use it? But for these purposes, it’s probably best to first describe what it looks like.

From top down, a nea haircut is what my editor calls “business in the front, reggaeton in the back.” It’s a close cut when seen head-on, shaved up to a patch of hair which cascades into varying degrees of mullet-ponytail that often can be seen peeking below a motorcycle helmet or a flat brim hat. Interestingly, the nea-style shares some aesthetic semblance of traditional female beauty standards. Sharply defined, even painted-on, eyebrows are a common nea trait which are curiously hidden behind a knock-off pair of Oakleys that are usually worn indoors. The shirt-pants (often long shorts) combination is always baggy and the sneakers, impeccably white, range from Nike Air Force Ones to thickly-soled Adidas or FILAs. And like the usage of the word itself, elements of nea culture are beginning to bleed into the mainstream.

I remember my first few months living in Medellin when I became an organic scholar of paisa  vernacular, meaning that I hung out in the park with a beer and pestered my Colombian friends about what certain words meant. Before I set out to master RAE’s Castilian, I wanted to know how the parceros spoke, how one shoots shit in this neighborhood versus the one where I grew up. After several months of observation and imitation, I recall a friend commenting on my Spanish, “Estás hablando muy nea!” What was surely meant to be a critique, I received as a badge of honor.

I, a black gringo from Washington, D.C. with roots in Georgia, was speaking nea in the land of neas? I relished in what I took to be an invitation inside—inside nea.

Lamentably, I soon realized that my stay there was not necessarily welcome. That to adopt even the bare-minimum of nea culture was to co-opt an identity that I was foreign to. From my experience, nea does not have arbiters like the guardians of other “insider” words. Urán broadcasted the word on Caracol and the Nea Coalition did nothing.

What I’ve learned about language, particularly vernacular language, is that it is often borne out of some kind of struggle. There is no such thing as an invitation into nea because the creation of it was conceived out of not being invited in. Neas being associated with lower class crime are not cool or trendy like being ”preppy” or “hipster” is cool and and trendy.  One wears nea clothes, sports a nea hairstyle, drinks and lives with neas because it suits them. And when someone asks what it actually means for something to be nea, maybe Urán’s response says it best—he shrugged, laughed, then went on to the next question. 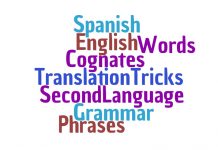 Lost in translation: Translation tricks between Spanish and English 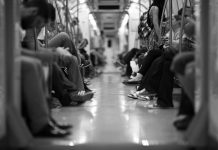 The evolution of Colombian Spanish:  A Colombian linguist tells it like it is