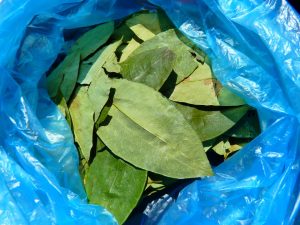 A new study by Open Society Foundations has made the case for the industrialisation of coca, the plant from which cocaine is made. The Bogotá Post looks at the arguments and proposal made in the paper Coca Industrialization: A Path to Innovation, Development, and Peace in Colombia.

No crop has been more influential in shaping Colombia’s modern history than the coca plant. Coca leaves are the base ingredient in the manufacture of cocaine; the narcotrafficking of which has caused immense harm to the nation’s development and image abroad.

Following the 2016 peace process between the Colombian government and the FARC, an accord was established where the latter promised to disarm and cease trafficking the drug; an activity they had used to fund their rebel insurgency.

The final peace accord that was signed between the parties in August 2016 addressed what was to be done with the remaining coca plants, estimated at about 146,000 hectares in 2016 by the United Nations Office on Drugs and Crime UNODC.

The accord spoke of mandatory crop substitution whereby farmers would surrender their coca plants in favour of licit crops. The government’s efforts to substitute coca, however, has been controversial in its use of aerial spraying (by drones) using glyphosate, a practice considered not only devastating to small farmer’s legitimate crops but also harmful to their health.

A new study, conducted by Open Society Foundations, now argues that any substitution should run parallel to efforts that aim to commercialise the plant, rather than eradicate it entirely.

Coca leaves have been used for centuries among many indigenous communities of Colombia. The leaves are either chewed or drunk in tea. It is also traditional among indigenous communities along the Caribbean coast to complement chewing with a white paste from lime that’s scraped across the surface of a gourd called a poporo, which then activates the alkaloids when chewed with coca leaves. The activity initially was labelled as a vice by early settlers but there has been an accumulating body of evidence demonstrating the nutritional value of coca.

The study itself found that coca leaf had greater levels of crude protein, phosphorus, calcium, and iron when compared with other staples like lentils, corn and beans. Despite these results however, the paper believed further research was necessary to see how the body absorbed the nutrients and its efficacy.

Coca fell under the provisions of the 1961 UN Single Convention on Narcotic Drugs and was prohibited even for cultural and indigenous practices. Following the enactment of a new constitution in 1991, Colombia’s multiculturalism was recognised and with it the slow realisation that traditional and cultural uses of coca leaf should be permitted.

To this day however,  micro-businesses using coca leaves continue to operate in a gray area and have little clarity on the legality of their industry. Small business, including initiatives by Coca Nasa and Koka Sana, make coca products from fizzy drink and teas to flour and medicinal products.

Despite President Santos’ previous admission on the shortcomings of the war on drugs, according to the study, the government has done little to resolve the nebulous laws surrounding the use of coca in commercial products. On the contrary, the leaf is legal for sale in Peru and Bolivia and has a vibrant commerce around its trade. The two nations are, along with Colombia, also the highest producers of cocaine in the world.

Although the industrialisation of coca leaf was addressed during talks for the 2016 peace process, the study believes that there remains an “institutionaI gap” within the accord that pose challenges for coca leaf industrialisation. Peace in Colombia, according to the study, needed a parallel course that allowed for greater commercial use of coca rather than simple substitution.

The study also noted how the benefits of coca industrialisation could mirror the innovation shown in relation to the burgeoning industry in medical marijuana. Colombia has now granted the largest number permits for companies to grow and produce oils from cannabis plants.

Last year, the Cauca branch of SENA obtained the first permit for the scientific study of coca leaf. The permit allows SENA to purchase coca leaf from the village of Lerma for research purposes as allowed by the 1961 Treaty. The partnership allows the village to benefit from a traditional source of income that had been undone by decades of violence caused by the illicit trade of cocaine.

The aim is to build on the successes of the Lerma model outwards to other regions affected by the violence. A proposal to the new government of President-elect Iván Duque on the possibility of implementing local social control models across other coca growing regions is currently in the works.

The study did however, stress that the industrialisation of coca would not absorb the illicit manufacture and trade of cocaine stating that more fundamental factors needed to be addressed if the cocaine trade were to subside.  “[A]s long as these issues of culture, rural development, poverty, and inequality are approached narrowly from the penal and punitive perspective, the illicit market will flourish.”

In doing so, the study claimed that “the coca plant could join the pantheon of previously underappreciated Latin American agricultural products now conquering new national and world markets and providing a stimulus to rural economies.”

“It is now up to Colombia’s new leaders to either remain stuck on the circular paths of the past, or choose a new path of respect, science, and well-being offered by coca innovation.”

The Open Society Foundations’ entire proposal on the commercialisation of coca can be found here.