Home In This Edition Spanish diminutives and augmentatives

Diana Mejía tells us how to transform words into a smaller, cuter and perhaps even less offensive versions of themselves using diminutives, or make them big and violent through augmentatives.

Wake up, get out of your camita, have a tintico, with huevitos, salchichita, juguito and maybe an arepita. Leave the casita, get in a carrito, and drive rapidito so you don’t get to where you’re going tardecito.

While some people consider it an annoying habit, the use of the diminutive is widespread in Colombia’s interior, including Bogotá and Medellín. As the name implies, the diminutive is used to emphasise that something is small, una hormiguita, or young, un niñito.

Los diminutivos are commonly used to express endearment  – mi perrito, mi hermanita  – and in this context, they have nothing to do with age or size; mi abuelito tiene 96 años.  It’s quite common, even amongst colleagues, to use the diminutive of a person’s name – Larita, Dianita, Carlitos.

Related – A few of my favourite Spanish words

They also come in handy when speaking in a not-so-direct way,

Or to say things in a less offensive manner,

Diminutives can also be used negatively, in a disdainful manner.

So how is the transformation done? First, make sure you’re starting with the masculine, singular form of the noun. The most common way to change a word is to add the suffix -ito/-ita while dropping the last vowel when necessary. This applies to nouns that end in -s in their singular form.

Un gato – un gatito / un gatico (the -tico/-tica ending is more common in some regions, such as Colombia, than –tito/-tita).

One syllable words ending in a consonant get -ecito/-ecita added at the end. Note: this rule is not always followed in colloquial speech (think un ron / un roncito)

Don’t forget that in general, “z” changes to “c” when an i or e is added after it, and this still applies to all of the above rules.

To achieve an incredibly expressive and opposite effect, use augmentative suffixes. The most common one is -ón/-ona. This suffix can also be added to stem verbs to describe someone who is prone to doing said action.

Dormir (to sleep) – dormilona (female who sleeps a lot)

Related – The right place for placeholders

The most fun augmentatives to use are -ote/-ota and -azo/-aza. The former imply a certain bruteness, or contempt of the noun, while the latter denote violence.

Be wary of diminutive and augmentative suffixes that take on their own meaning.

Finally, there are some expressions that seem to reflect our culture quite well, while their true meaning remains a complete mystery to those wishing to understand them better. Ahora, ahorita or ahoritica? All of them could mean, soon, very soon, or – well, not soon at all!

Mastering the use of diminutive and augmentative suffixes will allow you to expand your vocabulary and express yourself in ways you might not have thought were possible. So use them abundantly and use them wisely, and enjoy the subtleties they confer upon this beautiful language. 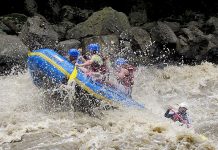 Oli Pritchard - May 25, 2022
Currently second in the polls, Federico Gutiérrez aka Fico's slogan is ‘President for the People.’ Find out what he actually proposes to do.

Oli Pritchard - May 24, 2022
Confused about the upcoming election? We’re here to help you with a set of cheat sheets on each candidate so you can follow the local news. Today, Gustavo Petro, Colombia’s most divisive political figure since you-know-who.