The new Cinemateca takes watching movies in Bogotá to another level – it’s a facelift for the old Cinemateca Distrital with a new name, new location and plenty of new facilities.

With a modern design and a huge attendance, the new Cinemateca de Bogotá opened to the public on June 13, promising brand new experiences for everyone. In comparison to the previous inconspicuous location, which was easily missed by the unobservant, this new Cinemateca is right smack by the roundabout of Carrera 3 with Calle 19. With easy access to main streets and public transport, it is a pivotal place in the city.

Also on the upper level is Sala E, a 100-people-strong space that opens the way for new forms of expression. This multifunctional space is dedicated to visual arts and performances that go beyond traditional cinema, such as theatre, dance and concerts.

In the there’s a gallery dedicated to painting, sculpture and photography exhibits and installations. The staircase is not only for but also where people can sit to read and chat. Plus, there’s a room currently dedicated to VR experiences, an archive vault and the administration offices of IDARTES.

The new Cinemateca also offers opportunities to learn and develop skills. There are spaces for labs and workshops for people of all ages. One of them is Sala Rayito, a space where children from 0 to five years old can start experimenting with sight and sound.

And it’s not only the cinema that’s expanded – they’ve added brand new material to the which already vast collection of books, magazines and films in the specialised library, BECMA. Plus  the launch of Lecturas de Cine, a space where cinephiles can discuss the art and craft of movies. There’s definitely a lot on offer for those who want to learn about the filmmaking process filmmaking and even perform practical exercises.

The initial screenings for the opening programme, which runs from June 14 to July 7, consists of a selection of various feature films and short films from Colombia and Latin America, as part of the 7° CICLA edition (A date with Latin American cinema). The programme also features current blockbusters such as Disney’s Aladdin and Dumbo, live-action remakes that premiered this year in commercial cinemas.

Bogoshorts, the most important short film festival of the country, will continue its monthly screenings on the last Friday of each month in “Especial Cinemateca”.

With a programme full of both national and international productions, excellent screening rooms, a specialised library and labs destined to create and innovate, the new Cinemateca expects to provide a new approach to the cinematic arts to the whole city, with the hope that this space will enrich the cultural knowledge of cinephiles, filmmakers and citizens alike. 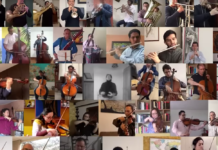