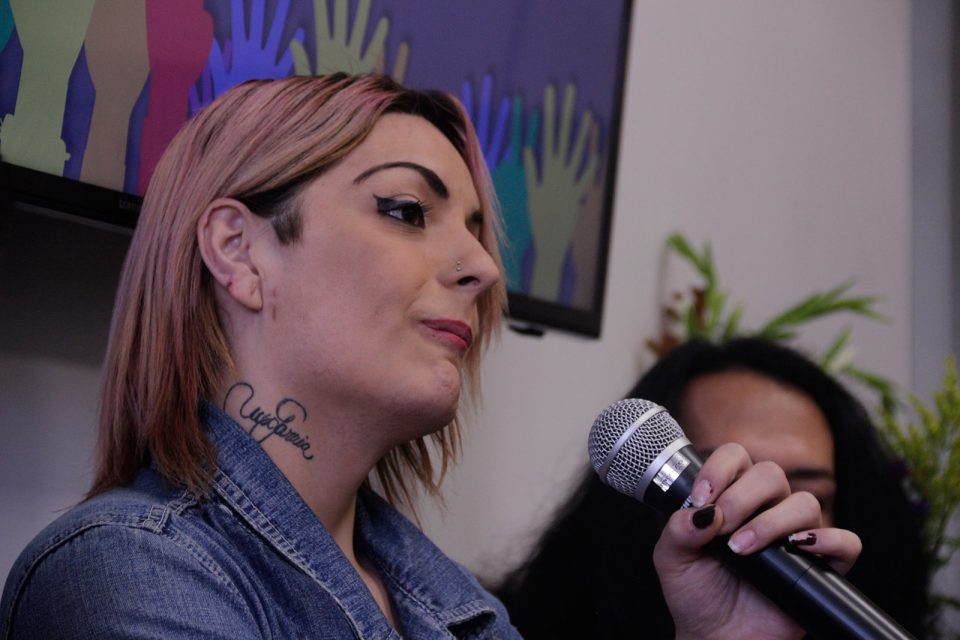 A painful past with a promising future: Ana Sophia García offers a glimmer of hope for the trans community in Bogotá.

It’s no secret that the transgender community is one of the most marginalised and vulnerable communities in Latin America. As victims of police violence, risky surgical procedures, and horrific transphobic attacks, the life expectancy of trans people in the region lies just shy of 42 years old. In Bogotá, over half of the transgender community knows someone who has been murdered because of their sexuality. This frightening statistic is not one that looks likely to decline anytime soon.

Ana Sophia Garcia, a 21-year-old transgender woman, knows only too well the deadly risks related to identifying as trans in Bogotá: “Of course, several people close to me have died. Last year I lost my best friend because of botched cosmetic surgery – they injected her with cooking oil instead of silicone. And they killed another friend just here in the neighbourhood where I live, on the corner of my street – it’s social cleansing.”

Ana Sophia herself was nearly killed in a stabbing (the knife only just missed her lungs) and living in the notorious neighbourhood of Santa Fe in the centre of Bogotá meant she was rarely free from violence and harassment. “Aggression and assault were mainly perpetuated by men, but in the area there’s a group called Las Madres who dominate Santa Fe. If you’re new there, they call you all sorts of names – ugly, disgusting – they hit you, they rob you and they sexually exploit you.” As her only way of making a living, Ana Sophia fell into prostitution at 18 and promptly became addicted to drugs. “It was the worst point of my transition. I took the drugs to stay awake and bear the freezing early mornings wandering the streets looking for work. It was a horrible life, a life I wanted to leave. But society doesn’t allow trans people to leave a world like that.”

Ana Sophia’s escape came in the form of Laura Weinstein, a prominent transgender activist in Bogotá whose support and action group for trans people, Fundación Grupo de Acción y Apoyo a Personas Trans (GAAT), works to empower and educate the transgender community. “Laura was my saviour. I was at my lowest and she brought me back from the point of suicide. She gave me a reason to live.” Through GAAT, Ana Sophia was able to learn about rights that she didn’t know existed, and she now advocates for more education and empathy. “People should put themselves in others’ shoes, and then they’ll realise that life is far from easy. People should be free to do whatever and love whoever they want, but that’s just too much for Colombian society to handle”. 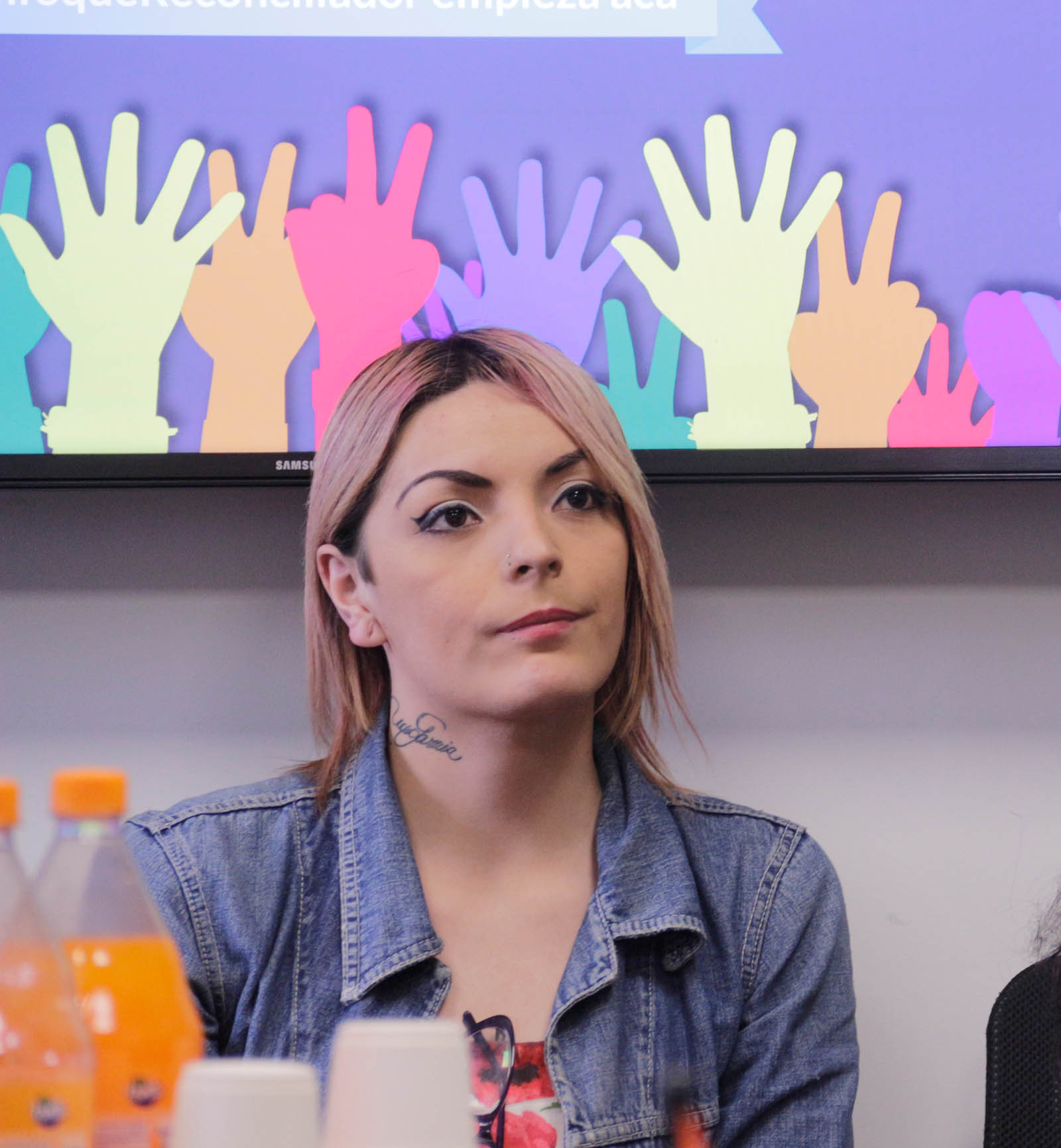 Indeed, the stigma towards the trans community is strongly felt in Bogotá. Ana Sophia struggles to get through a day without being ridiculed, criticised or insulted by people she doesn’t even know. She recalls a recent run-in with the local authorities in which she was attacked, gassed and sexually assaulted by policemen at a CAI in Chapinero. “They humiliated me, then they ripped out my hair and dragged me into the police van. They gassed us again, in the van, and drove us to some unknown place up in the mountains outside of Bogotá. I honestly thought they were going to kill us,” she remembers. When the van caught fire, Ana Sophia passed out and awoke on the side of the road, having been robbed of her belongings. “The first thing I did when I finally got home was call Laura [Weinstein]. She joined me to report the attack, but nothing came of it.” Medicina Legal confirmed the sexual assault and not long ago, Ana Sophia was asked to identify her attackers. She was shown photos of policemen she did not recognise, and as it turned out, they had never worked a day in Bogotá. The case was never solved. The system had let her down.

Despite her painful past, Ana Sophia is optimistic and argues that attitudes in Colombia are slowly changing towards the trans community. Much of this positivity comes from her new job working in a call centre which she loves, despite the 3am alarm and the five-hour daily commute: “The people at work are great. They treat me so well. When I first started here no one laughed. Nobody discriminated. They’re really respectful. They all call me ‘mi hijita’ and greet me with a kiss on the cheek, just like any other woman they know”.

Through ACDI/VOCA Colombia, a US-funded organisation that works to foster economic sustainability amongst minority communities and improve their quality of life, Ana Sophia has received essential training to help her enter the workplace, ultimately allowing her to become financially independent. Esmirna Mosquera Uribe, Workforce Development Specialist at ACDI/VOCA, says that the initiative’s objective is twofold: while they aim to help minority communities with workforce training and finding job opportunities, they also work hard to ensure that the companies they partner with are free from discrimination and equipped to contract people from diverse backgrounds. This objective aims to remove the stigma associated with hiring trans people that is often found in Colombian organisations, which negatively impacts those who are most in need of employment. “We have over 3,000 people taking part in our programmes, but only three of those identify as transgender because our culture won’t allow them to be accepted socially,” Esmirna explains. 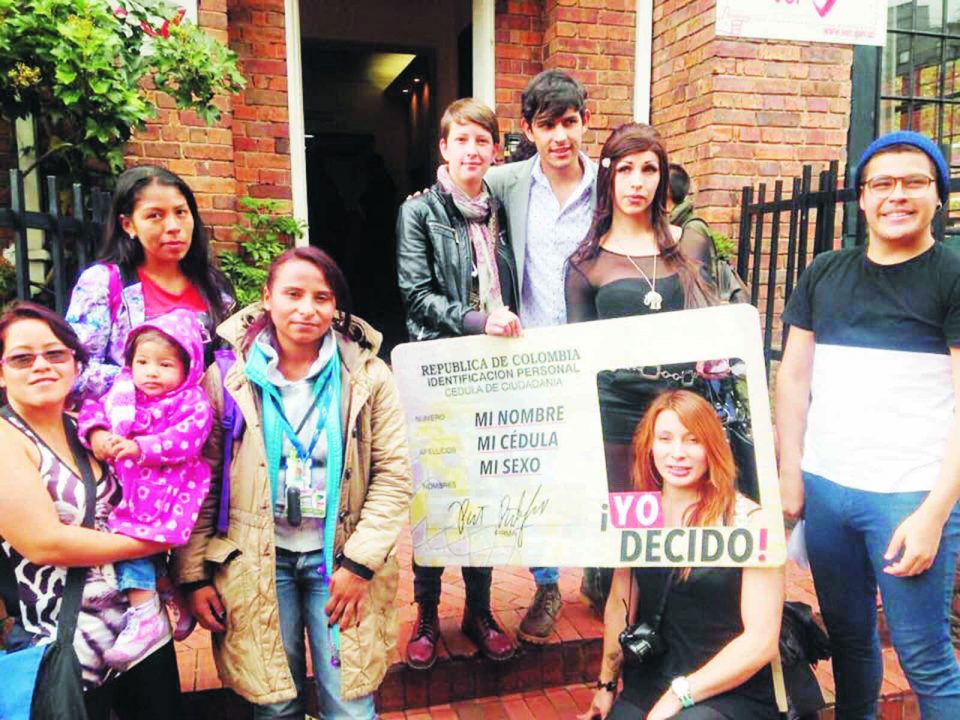 ACDI/VOCA is working hard to smash the barriers that exist between the trans community and the world of work. Esmirna is particularly proud of Ana Sophia, saying: “She’s got the determination to show that she’s better than these stereotypes. She’s an example of how the corporate sector and society as a whole are making significant steps towards change, by truly valuing her as a human-being.” The effects are rubbing off on Ana Sophia, sparking new-found ambitions to study a degree in early childhood health: “Thanks to ACDI/VOCA, I now have a promising future because I have a job that brings with it the economic stability I need to be able to study.”

While her past is darker than most, her future is certainly bright, and that’s partly down to her sunny demeanour. Ana Sophia says her positive attitude comes from a strong sense of self and is due to the constant support she receives from her mother who, she claims, is the “engine” that keeps her going. The work that people like Laura Weinstein have done to promote equality and transgender rights in Colombia has also been essential in moving forward with recognising trans people as legal citizens. Ana Sophia is only the third person in Colombia who has been successful in legally changing her sex to female on her cédula, granting her vital access to medical care and social security. “I want to be the proof that shows other trans women and girls that we can do it! Despite the lack of money and opportunities, we can do it. It’s just a question of putting in the effort to achieve it,” she says. And the one piece of advice she would give to people wanting to transition? Take the risk. “It’s certainly not easy to be transgender here in Colombia, but if you risk the transition and you survive, then you’ve already won. If you want it enough, the risk will be worth it all.”

The contrast between Ana Sophia’s dark past and twinkling future couldn’t be starker, which makes her all the more grateful: “I wake up every morning, look in the mirror and feel proud of who I am. I’m happy and I’m healthy. I’m lucky to be alive. God has given me another day to live and I must go out and live it.” A mantra we would all do well to follow.

Lisa Logan, with thanks to ACDI/VOCA for facilitating the interview.

“Colombia has a robust human rights framework, including a progressive constitution. However […] the reality on the ground is different,” says a 2016 report by Aquelarre Trans (a coalition of groups that campaign for trans rights).

Two constitutional court rulings in 2015 marked a step change for transgender rights in the country, giving everybody the right to have their gender identity legally recognised.

While the law is good on paper, it becomes problematic in various aspects of implementation – not least because implementing the law requires wide-ranging awareness of the issues in notaries, health care providers, schools and workplaces.

Military service – compulsory for all male citizens over 18 years old – presents a number of issues for transgender people. People are summoned based on their names rather than their sex, and then the subsequent medical exam is both intrusive and violates transgender rights. Furthermore, the military passbook, which shows you have completed your military service, can be requested in various situations including job interviews.

While everybody has the right to education without discrimination, the authors point to “transphobia and harassment that has made some education establishments hostile environments for trans people.”

Challenges in accessing education then make it even harder to access the workplace – with systemic discrimination pushing many trans women into sex work and hairdressing. The report says that 79% of trans people reported being discriminated against in their place of work.

Poor access to health services is further complicated by the difficulties of receiving the certificate that will allow trans people to access hormonal treatment, and eventual surgery. A 2012 study showed that 98% of trans women had “resorted to informal and non-medical mechanisms to change their bodies.”

Overall, while progress has been made, there are still many areas where more change is needed. 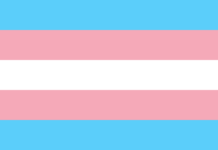