Home English Tone it down son!

These two examples of language are both, in their way, ridiculous and totally inappropriate when taken out of context. One is taken from The Wire, a frankly superb piece of television that I would encourage everyone to watch, and is a greeting between street kids. The other is the sort of nonsense that I use when feeling a little pretentious (and from a man commissioning a monocle, that’s often). They illustrate the importance of tone.

When you are a beginner, tone is important in order to sound polite and not offend people. At higher levels, tone becomes less specific, as you need to sound more natural and contextually appropriate. It’s about a feeling for the language. Remember that many of these rules are basically the same as in Spanish – and are generally more about understanding society than language.

It’s not strange in Spanish to hear a worker say “sí señor” to a boss, but be aware that in English this would be a little unusual. This is also true for teachers – ‘mister’, ‘sir’, ‘profe’ and ‘teacher’ are all strange ways for adults to address a teacher. Many of the occupational titles from Spanish exist in English too, such as father, professor (as in a real professor), doctor, major etc, but not teacher.

Keep your tone constant and not variable. It looks really strange when you start very formally and then suddenly start using extremely casual language, or vice versa. This also applies to technical language. An example could be, “Excuse me kind sir, but gimme the phone, I gotta use it”.  If you start formal, stay formal, and if you start casual, stay casual.

Remember the context of where and to whom you are speaking. Try thinking about whether it’s a situation where you would use tu or usted in Spanish, for example. Although English doesn’t have a difference between subject forms for politeness, it’s a good basis for thought.  You wouldn’t speak to your friends as though they were the Queen, as it would be very cold, but equally, one can’t speak to the Queen as though she were a commoner.

These things can be very important to avoid causing offence – and because the type language you use says a lot about the type of person you are. To give you an example from Japan, where verbs are conjugated according to politeness, not time: I once entered a bar in Tokyo’s Golden Gai to be greeted by a man referring to himself as ore rather than boku. Even in a punk bar, that was incredibly rude, and so I immediately left.

Words – getting the context right

Remember that your teacher is probably not an idiot (well, probably not. Hopefully not) and when they teach you words, it’s because we use them in English. It’s not just that we get bored and want to play tricks on students – we are genuinely trying to teach appropriate vocabulary. Note that appropriate and correct are two different things.  It’s possible to use correct English that’s inappropriate.

Individual words have their own tone and can be inappropriate out of context.  Spanish uses many Latinate words, as it’s a Latin language. Many of these words have cognates in English, such as conversation/conversación. However, be aware that Latinate words in English are often quite formal, scientific or technical – 90% of medical and technological English is Latinate. This is one of the reasons that your teacher might have told you that certain words sound strange.  For example, it would be inappropriate for you to say you have “a pain in your cranium” in normal situations.  However, for a doctor to say that there is “a pain in your skull” would also be inappropriate, as they would be expected to use technical terms.

English (particularly UK English) uses a lot of modifiers, especially with requests and personal comments. Of course, this is not necessary in terms of pure communication, but it is very necessary to avoid sounding rude. This means something like “would you mind helping me, please” is more polite than simply “help me, please”. Of course, the most important additions to any sentence are please and thank you, which are used almost like full stops in many social interactions. Colombian friends often mention that I say por favor and gracías far too much – it’s a direct interference from English.

When translating structures directly from Spanish to English, it is easy to get the tone wrong. A good example of this is requests. It’s quite common to hear “I want a…. ”, but this is quite rude in English. Just like in Spanish, it’s common to use structures like “can…” or “would…” when asking for something. Although grammatically this doesn’t make sense (I know you can open the window), it shows that you do not want to make a demand. An interesting point here is that the common phrase in English “have a nice day” can (grammatically) be seen as a command – completely opposite to its actual meaning!

It’s common for Spanish speaking students to drop the subject of verbs, which means you can accidentally sound like you are giving commands. “I play football” vs “Play football!”.  Remember to always use the subject, unlike in Spanish, where it’s not always necessary.

We’ve talked before about stress and the importance of emphasis on key words. The opposite of this is sounding too flat and unemotional. This makes it sound like you don’t care about what you are saying, or what someone is saying to you. Worse, it can sound sarcastic or dismissive  Give certain words the importance they deserve by emphasising them.  Think about when you speak in Spanish.  How would you say “de verdad” when somebody says something surprising?

Some people I know, especially students, like to use lots of exclamations! This makes them sound strangely excitable! And a little bit crazy! And what about rhetorical questions? Can’t they be quite annoying at times? Try and restrict your markers such as ‘!’ and ‘?’ if possible, especially in formal writing.

Talking of formal writing, English has less clear rules on tone and voice. Many of my students translate the formal rules when drafting letters – “My esteemed sir…” This comes across as very cold, distant and even rude. Don’t follow guidelines from Spanish, instead spend some time looking for a writing guide either in a book or online – and make sure it’s contemporary, as styles of writing have changed in the last few decades.

In most written English it’s usually best to avoid casual contractions and abbreviations such as LOL, OMG, gonna etc. This might be OK on social networks, but be very careful at all other times. If you wouldn’t write ‘xq’ for ‘porque’, then you shouldn’t be writing ‘gonna’. It shouldn’t be necessary to point out that LOL, OMG etc should never be used when actually speaking. 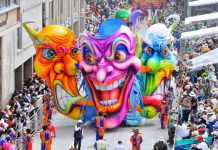 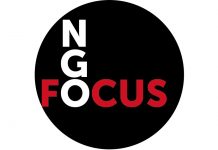