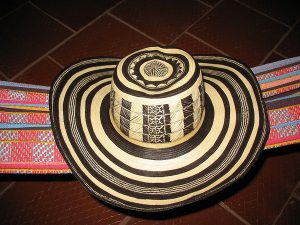 When I first arrived in Bogota in 2008, one of the things that struck me most was that the sound of screeching accordions accompanied by whiny vocals singing absurd, cheesy lyrics was everywhere. Colombia was going through a bit of a vallenato renaissance at the time, and for a brief period it seemed to me that even young, educated Bogotanos were open to a folky, cowboy genre that people from the capital most often associate with machismo. I was unimpressed. If you had asked me then what the chances were that I would one day have a Diomedes Diaz poster hanging above my bed, I would have looked at you quizzically and asked who you were talking about.

After living for a couple years in Valledupar, which proudly proclaims itself the World Capital of Vallenato, I realized that vallenato is actually a beautiful genre, and it is my firm opinion that most people in Bogota fail to appreciate it for two basic reasons.

First, being folk music, it is intertwined with local stories, people, and places.

Second, Bogotanos have a penchant for listening only to the crudest singers and songs, which unfairly biases people living in the capital against the music. A lot of the vallenato you hear in Bogota is, frankly, pure crap.

Here is my guide to the legends of vallenato, a music that I have come to love, and that I have tried, usually unsuccessfully, to make converts of here in Bogota. It’s not always as machista, anti-intellectual, and base as you might think.

Alejandro Duran: Winner of the first Festival Vallenato, Duran was a composer who also sang and recorded his own songs. He  lived in Planeta Rica, in the plains of Cordoba. He composed some excellent songs, including a couple with a bit of a left-wing political tone, very rare for the genre. His best is Cero Trienta y Nueve, about traveling to the town of Magangue before there were any roads from Planeta Rica, when the swampy area had to be navigated by boat. He met a young woman on the boat, and in classic costeño fashion they immediately fell in love. Alas, she was headed to the town of Buenavista, and when they reached the point where they had to part, the truck that took her away, crying, had the license plate 039. Fidelina is another beautiful song, as is Plegaria Vallenata, about dire poverty and social inequality on the coast.

Rafael Escalona: It’s impossible to talk about vallenato without mentioning its most famous composer. His songs range from the beloved La Casa en el Aire, a song he wrote for his daughter, to La Vieja Sara, a song for the mother of Emiliano Zuleta (see sidebar). One of my personal favorites is Jaime Molina, about the death of his best friend, a painter who was related to some unfortunate politicians in Valledupar. The song tells how he and Jaime made a bet over which of the two would die first, and since Jaime died first, the bet required Escalona to compose a song for his friend.

Alfredo Gutierrez: I have no idea where the town of Guarare is – it’s not on Google maps and I’ve never come across it during any travels around the country. The 15th version of their annual festival, however, was apparently a real party, and lives forever in Alfredo Gutierrez’s song Festival en Guarare, a song that perfectly captures the unique style of this vallenato legend, including a horn section and yodeling. Gutierrez used to be part of the vallenato super-group Los Corraleros de Majagual, and has won the accordion competition at the annual Festival Vallenato more times than any other participant.

Juancho Polo: Juancho Polo rocked. Songs like Sio, Sio (which, unless a metaphor is involved, is about a pigeon who is afraid to go out) and Si, Si, Si (sort of a New Year’s song written back in ’69) prove it. But the man was also a total emo kid at heart. Polo was the composer of the blockbuster vallenato hit, Alicia Adorada. He was from Montes de Maria, a coastal backwater where he brought his very young wife, Alicia. Polo, one of the original wandering minstrels of vallenato, wasn’t home a whole lot, and Alicia died during one of his trips around the coast. Upon coming back to town and learning of her death, Polo went to the graveyard and composed the song over her grave. There’s an excellent documentary about the song on YouTube.

Leandro Diaz: What’s more awesome than a blind man composing songs about the beauty that surrounds him? The Ray Charles of vallenato, Diaz composed Matildelina, a song written for a girl hanging out by the river. A verse from his song, La Diosa Coronada, prefaces 100 Years of Solitude – a book which, by the way, Gabriel Garcia Marquez once called nothing more than a 400 page vallenato song. Diaz never sang his own songs, but a good version of La Diosa Coronada is done by the Hermanos Zuleta (see sidebar), and Matildelina has been sung by just about everybody.

Diomedes Diaz: This is a man who undoubtedly deserves every terrible thing that has ever been said about him. But the man was so loved that even while there was a warrant out for his arrest as a suspected murderer, he continued playing concerts and recording music, and the police were basically powerless to do anything. He even released a song with a shoutout to the police lieutenant on his case. There are so many classic stories about this guy that it would be impossible to recount them here, but many of them are well told in the chronicle La Eterna Parranda de Diomedes Diaz by Alfredo Salcedo Ramos. He recorded over forty albums during his lifetime and you can’t find a single bad song on any of them. Next time I find myself in Valledupar, I’ll be laying a bottle of whiskey on this guy’s grave.