As Bogotá mayor Enrique Peñalosa celebrates his current administration’s first milestone, Diana Mejía takes stock of the achievements and controversies in what has been an eventful 100 days

When he first stepped into office on January 2016, Enrique Peñalosa was confident, with ambitious plans for the city. Before taking oath, he promised to reduce traffic, tackle theft in hot spots, recover public space, clean up the Bogotá river and revive a citizen culture of mutual respect. Having served as mayor from 1998-2001 (a particularly prosperous time for the city), many Bogotanos took to the polls in 2015, optimistic that his promises would become a reality.

However, a little over three months into his administration, Peñalosa’s star-power seems to be losing some of its glitter – as shown by the furore over the existence of his claimed doctorate. A recent gallup poll reveals that only 35% of Bogotanos approve of Peñalosa’s management thus far, which is not only the lowest approval of any mayor in a major Colombian city, but also at a similar level to Petro’s rating when he left office in December 2015. In addition, over half of survey respondents felt that things were getting worse in the city.

While it is a relatively short space of time to try to make judgements about the administration’s performance, the mayor has certainly thrown his towel into the ring by laying the groundwork on a number of projects we can expect to hear more about over the next few years: 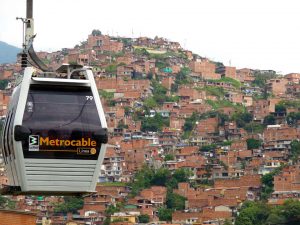 Renditions for the elevated metro’s first phase were released in the first week of April alongside a timeline which would see the bidding process begin by the end of 2016. The metro has been controversial since it was announced due to the change of design – which had already been studied and approved – from an underground to an elevated system.

The first phase of the metro is projected to span 15km, from the Portal de las Americas to Avenida Caracas. This first line would be a key integration point for Transmilenio and SITP routes. Although Peñalosa has pledged to start construction of the metro before the end of his administration, saying that Bogotanos are sceptical of the whole thing would be an understatement considering the project has been in the works for the last 70 years. 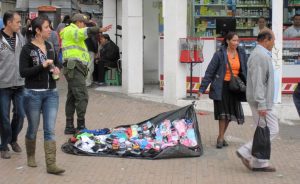 As part of Peñalosa’s plan to take back the streets, hundreds of informal vendors lining Avenida Chile, areas of San Victorino and the pedestrianised septima in the city centre were evicted from their regular spaces. The move was met with fierce backlash from street vendors, who claim the administration has not kept its side of the bargain to relocate them into formalised commercial spaces, filing over 60 lawsuits against the city.

Less controversial has been the removal of over 12,000 posters plastered along main city streets. That said, his policies on graffiti have come under fire as graffiti tags have also been targeted for a cleanup. A working group, which includes a few graffiti artists, has been created for the “responsible practice of graffiti”, deciding where and to what extent graffiti should be allowed. 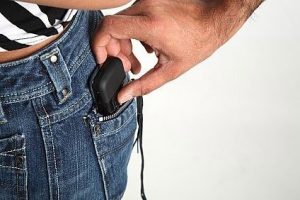 At his hundred day press conference, Peñalosa highlighted improvements to public safety as one of the biggest accomplishments of his administration. He has set up the Secretaría de Seguridad, Convivencia y Justicia (Ministry of Security, Social Harmony and Justice), tasked with reducing crime. The Ministry has been working closely with the police and the attorney general’s office to improve cooperation and effectiveness.

According to the government’s figures, the strategy of focusing on 754 crime hotspots meant that cellphone theft decreased by half, while shoplifting and assaults went down by 30% and 20% respectively. Despite progress on these fronts, citizen injuries due to fights continue to be a problem, especially in the early morning hours of the weekend. The administration has promised to install more security cameras throughout the city, in particular in Transmilenio stations. 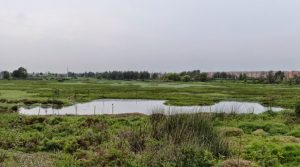 The plan to urbanise the Van der Hammen Reserve in the north of the city has antagonised environmentalists. The fire over the already incendiary topic was rekindled at the end of May when El Tiempo released documents showing that Andrés Ortiz, Peñalosa’s Planning Secretary owns a 2,000 square metre lot in the reserve, generating, in the minds of many, a clear conflict of interest.

Ortiz, however, responded by saying that he had never hidden the fact that he had property in the reserve, and explained that it takes up only a small part of the area. He reiterates that it is the CAR that will ultimately make the decision on whether to approve the administration’s Ciudad Norte urbanisation plan, clearing the administration of any conflict of interest. 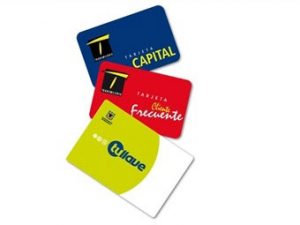 An increase of COP$200 on all Transmilenio and SITP fares brought grumblings from users, culminating in violent protests over the poor quality of the service. Demonstrators clashed with police, resulting in several arrests. However, the administration maintains it is merely trying to balance the significant deficit of the system’s operating costs brought about by the previous administration.

Good news for Bogota’s northern bike commuters came at the beginning of February, when a whole lane of Carrera 11 between Calles 82 and 100 was given over to a separated bike path. Since then, bike usage has increased 22.5% in the sector. On the other hand, the previous administration’s monthly día sin carro was replaced by a yearly event which took place atthe same time as the inauguration of the bike path. 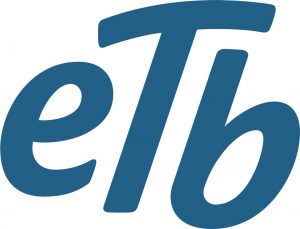 In order to raise funds for its ambitious plans, the Peñalosa administration is considering the privatisation of major public companies including ETB, one of the city’s major telecommunication companies. The mayor’s office contends that the company is a whopping COP$250 billion in the red and must be sold in order to stop the money drain. Critics argue that the company is simply mismanaged and the numbers do not reflect the value of the company, which has a major share of the national market.

Claiming that long delays were putting patient’s health at risk, the city council merged 22 hospitals into four networks whose board of directors will be appointed by the Peñalosa administration. Some are suspicious that this could be a way to put favourites into a lucrative business that could be the first move towards privatising Bogotá’s public hospitals.

Opinion: Going down the wrong road

Although mass media has made an effort to show a favourable account of Peñalosa’s first 100 days in power, the truth is that the abrupt changes made in social policies have lead to general discontent

It seems as if Peñalosa is governing for a few with an arrogance that excludes the majority of Bogotá’s citizens. He puts at risk multi-millions of resources that have already been invested in studies for the underground metro for Bogotanos in the south of the city, and now proposes an elevated version that will most likely turn into the largest urinating and defecating zone in the country, as happens under bridges throughout the city.

Peñalosa shut down the Ciudad Salud program, causing 22 public hospitals to be merged into four, thus diminishing operating costs rather than improving service for the population. He cancelled important projects such as the cable-car for the southern hills of the city and the housing plans for impoverished sectors. On the other hand, he has prioritised the construction of housing in the Van der Hammen reserve to the north – where many of his sponsors and members of his administration are landowners – and towards Soacha and Mosquera without consulting local residents, creating animosity in the communities and thus impeding the development of housing issues. Finally, he has imposed a privatisation model which is already looking at selling the goose that lays the golden egg: the ETB.

On balance, Peñalosa’s first 100 days only confirms the hatred that he and his supporters hold for the achievements and proposals made by different administrations of previous years. In this way, the risk towards social policy is growing, as well as the hand-over of public resources towards private investors who are coming back thirsty now that Enrique Peñalosa has returned.

By María Magdalena Ramírez / Translated from Spanish by Diana Mejía