Nearly four weeks after an oil well owned by Ecopetrol ruptured in northern Santander, there appears to be no end in sight to the growing oil slick as it spreads further and further downriver. Located in Barrancabermeja, 23,000 barrels of oil has now snaked its way over 30km, devastating the local habitat and affecting over 1,200 species of fish, amphibians and other verterbrates in its wake, many which have been the object of rescue efforts of local environmental organisations like Corporacíon Yariguíes.

The spill is located along the Sogamoso River and the concern is that the sludge will slowly make its way towards the swamplands of El Llanito and cause incalculable damage to the ecosystem including the great threat it poses to the vulnerable Amazonian manatee. The communities in the region are outraged that neither Ecopetrol nor the government have provided for adequate solutions for those most affected by the incident.

Speaking to El Tiempo, Secretary for the Department of the Environment of Santander René Moreno said that “This situation has gotten out of hand and Ecopetrol has not started the task of collecting the oil that has remained in the river, on the flora and fauna.”

For their part, Ecopetrol continue to deny that the bursting of oil well Lizama 158 was the result of fracking. They claimed on Twitter that they have saved over 1,230 animals with the help of over 400 workers but, despite their efforts, they have yet to establish the root cause of the accident. The assumption at this stage is that the well, which had been inactive and in a state of disuse for the last 14 years, had corroded inner lining that allowed for a rupture.  Felipe Bayón of Ecopetrol spoke of their commitment to restore the area to BluRadio Colombia, saying that “Following this incident I have ordered an investigation to an independent body to make the appropriate changes to ensure that we avoid similar cases in the future.”

The news of the oil spill in Santander caps a sad week for rivers in Colombia as it was reported last week that the fish in the Cauca River were now too contaminated with mercury, cadmium and other heavy metals to be suitable for human consumption. Less than a week after World Water Day, the oil spill is a reminder that the diverse river systems of Colombia remain under constant threat of environmental devastation. 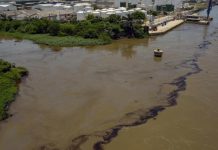 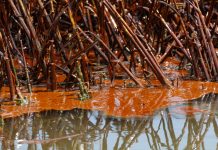 How to Make a Studio Apartment Feel Homey [11 Ideas to...

bogotapost - January 2, 2021
Studio apartments are great spaces, but it can be tough to decorate them without things getting too...