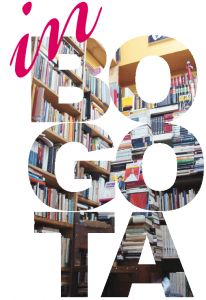 While not a feature exclusive to this city, Bogotá is awash with streets, and even whole neighbourhoods, where just one item or service, and pretty much nothing else, can be purchased. Chris Erb discovers that there are districts for everything from pets, electronics, leather, printers and hairdressers to concentrations of restaurants selling the exact same thing.

The intense competition between all these places side-by-side means that the prices are generally lower than elsewhere, and the selection is often overwhelming. So next time you’re thinking of a trip to the mall, consider going to some Bogotá shopping districts instead. A  selection of some of the concentrations of shops or services is listed below, but you can see a full list and our bilingual map at the bottom of the page.

Let there be light

If your apartment needs a bit more light, you’re in luck! Bogotá has an entire district dedicated to lamps. Not light fixtures (those can be found on Caracas between Calles 65 and 61, and downtown on Carrera 12 between Calles 19 and 15), but just lamps. Most are pretty ordinary but there are a few small workshops where beautiful artisanal and stained glass lamps are made and sold. You can find them on Carrera 17 between Calles 72 and 68.

If you’re in the mood for a heart attack, look no further than Zona L. As I’m sure you’ve guessed, the “L” stands for lechona, a mix of pork, rice and chickpeas served out of a pig carcass (with its head attached of course). This stretch of Caracas between Calles 27 Sur and 30 Sur and some of the surrounding side streets features around 40 places serving up this Tolimense delicacy.

Drivers sitting in Bogotá’s famous traffic jams have probably enviously looked out their windows at the cyclists effortlessly cruising by. If you are one of those looking upon the cyclists with envy, head down to one of the city’s many bike districts and pick one up. Concentrations of bike shops can be found all over the city including on Calle 68 between NQS and Carrera 28, a giant one on Calle 13 between Carreras 16 and 24, and small ones in Muzú on Autopista Sur between Carreras 52c Sur and 51f Sur and just north of Unicentro on Calle 127 between Carrera 20 and Autopista Norte.

Bookworms will be happy downtown in the area between Calles 15 and 16 and especially on Carrera 8a where there is a two storey mall dedicated only to books as well as some of the city’s more famous used booksellers. There are a couple of pedestrianised streets here where best-sellers and DVDs are sold from carts or tarps on the ground.

Instead of sleeping on the couch after an argument with your loved one, why not hire a mariachi? You’ll see them roaming the streets on the east side of Caracas around Calle 55. Few of them are very good and I don’t think any are Mexican, but I’m told they get the job done.

In need of a new pair of glasses? Make your way downtown to Calle 19 where, between Caracas and Carrera 7 on the south side of the street there are dozens of shops selling frames of every type and style. Even more glasses can be found on the ground floor of the little mall at the corner of Carrera 7 with the additional benefit that if you climb the stairs, you’ll also find the city’s only concentration of record shops, catering to almost every style of music.

A trip downtown isn’t complete without visiting San Victorino. This area of the city probably has the most intense commercial activity you can imagine. As the hustlers on the streets and in the adjacent plaza will tell you (and try to lead you to), you can find a number of stores – many of which are hidden on upper floors – that sell piñatas, school textbooks, knockoff clothing, stationery or kitchenware. If you’re looking for any of these items and can’t find them in San Victorino, it’s unlikely you’ll find them anywhere else.

If you’re in need of electronic equipment of any kind, there are, of course, a number of places to go. By far the biggest and best known are at Unilago and the Centro de Alta Tecnología, two malls side-by-side on Carrera 15 between Calles 79 and 77 that are completely populated by tiny stores selling nothing but technology. You can find anything from outdated Blackberries to top-of-the-line gaming computers. The surrounding stores, inevitably, are almost all duplicates of what can be found inside the malls.

Bogotanos love their shoes and, as such, there are no shortage of shoe shops in every part of the city. However, the holy grail of shoe shops of all sorts can be found in Restrepo in the area around Calle 17 sur between Carreras 18 and 21. You won’t find much in the way of high-end footwear here, but the selection of sneakers and affordable shoes is remarkable. This is also an area known for its cordwainers so if you need a pair of custom shoes, this may be the place to do it.

For the list of Bogotá shopping districts check out our map and below. And if you think there’s somewhere we’ve missed, get in touch with us at [email protected] and we’ll be glad to add in new districts as we receive them.

Aluminium
Calle 68 between Carreras 27b and 24

Appliances
Carrera 13 between Calles 13 and 19

Audio equipment
Carrera 9 between Calles 22 and 19

Books
Calles 15 and 16 around Carrera 8a
San Victorino

Chicha
Chorro de Quevedo: Carrera 2 between Calles 12b and 12c

Commercial furniture
Carrera 27 between Calles 13 and 6

Glasses
Calle 19 between Carrera 7 and Caracas

Hairdressers
Calle 3 between Carrera 27 and NQS

Kitchens
Carrera 17 between Calles 62 and 57

Mariachis
East side of Caracas around Calle 55

A few of my favourite Spanish words