Home In This Edition Cogiendo coger: the usage of coger around Latin America 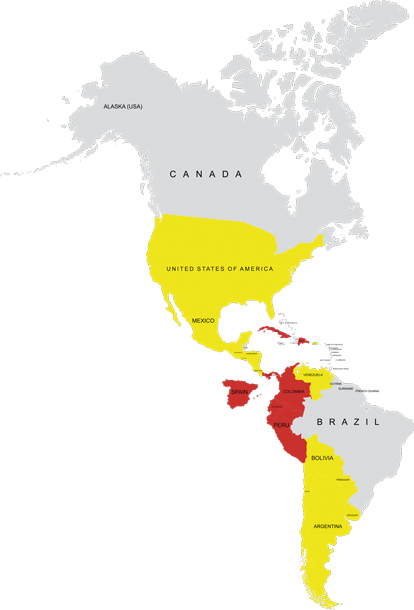 Katie Jacoby explores the connotations and usages of coger

Relax. It’s not what you think. Despite what you learned during your study abroad in Argentina, your mission trip in Guatemala, or your backpacking jaunt in Mexico, coger is as squeaky-clean as could be in Colombia (and several other countries). Don’t waste your time trying to offend anyone with it or register cool points by shocking; rack up points instead by learning to wield it deftly, recognising its endless usefulness. Just remember that said usefulness becomes iffy when you cross borders. See above for a list that illustrates where to use coger and where to opt for other verbs (most commonly tomar and agarrar).

Colombia took a genteel cue from Spain and never got on the bandwagon with many other countries in Latin America where coger has become off-colour. Why tarnish a word that’s so all-purpose? Here are some of the most common meanings and uses for coger in Colombia.

To take, grab, or seize (similar to tomar and agarrar)

To pick up (recoger) (Not so much with the idea that you’ve dropped something and then bend over to pick it back up, but rather that you simply take it)

To catch a criminal, ball, or animal (alcanzar, atrapar)

¡Cógelo! (yelled out while chasing a thief down a street) – Catch him!

Nos cogió un aguacero – We got caught in the rain

To catch or take a bus or taxi (tomar, agarrar)

To take or get on a street or highway

To catch or get a cold, sickness, or sleepiness

To pick up a habit, rhythm, affection, experience, or get the hang of something

Me costó trabajo al principio, pero ya le cogí el tiro al computador – It was confusing at first, but I finally figured out how to work the computer. (Cogerle el tiro a algo is a very Colombian way of saying to get the hang of something.)

To get or grasp (captar, entender, pillar, cachar [en Chile] )

Did I miss any? Although coger is not quite as multi-purpose as it is in Spain, where you almost can’t imagine them forming a sentence without it, it is still very, very useful in Colombia and never offensive.

Katie Jacoby is a Spanish-English translator and has been in Colombia for 3 years. Feel free to leave her a comment or ideas for future columns on her language website, vocabat. com.