Home Sport Football Editorial: Colombia unite! Get yourselves together! 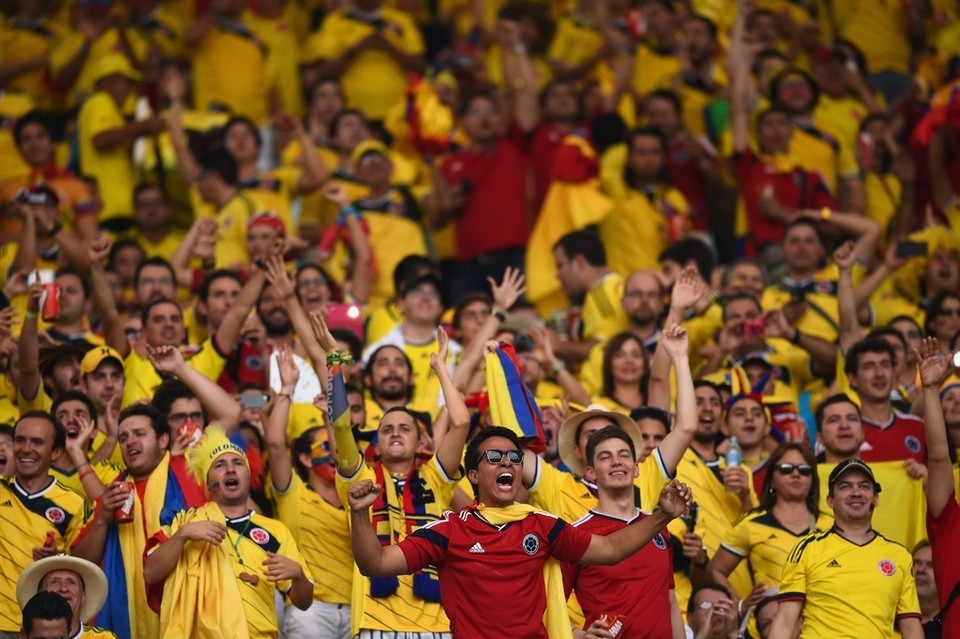 Colombia’s football fans are famous for their passion, but Freek Huigen thinks they need to strike the right note with more anthems they can sing together…

This last month I’ve had the privilege to be in Chile for the Copa America. It has been a fantastic experience, made more so by the mass of Colombian fans.

This was a huge tournament for Colombia supporters, reinvigorated by the team’s World Cup performance last year. The sales of Colombian tickets on the official Copa America website were only beaten by home nation Chile and neighbour and favourite Argentina. Brazil, the other favourite, was well behind.

The superb showing was visible in the streets of Santiago and everywhere else I went: Colombian fans were all around, in an array of outfits and costumes. They vastly outnumbered Brazilians in their group-stage match – even though Brazil is a far bigger country. In addition, more fans have the means to travel, considering that the south of the country is much closer to Santiago de Chile. Helped by the outstanding performance of Los Cafeteros that night, the atmosphere was incredible.

Against Argentina, the number of Colombians in attendance was hugely impressive, considering how few Colombians had tickets in advance compared to the Argentines. It was not uncommon to see tickets on sale on the black market for ten times the original price, but still Colombia made up about a third of the crowd.

The atmosphere in the stadium was electric, with singing and banter criss-crossing both ways. There was, however, a distinct lack of creativity in the Colombian songs. “Co-lom-bia, Co-lom-bia, Co-lom-bia” gets boring very quickly, as does “Si se puede! Si se puede!” and “Y gol! Y gol! Y gol y gol y gol!”. “Po-ro-po-po, el que no salta es Argentino maricon” is catchy, but wasn’t sung often, and a different version is used by every group of fans. In contrast, Argentina had at least seven or eight different songs going around, sung by everything albiceleste in the stadium. Colombia’s mostly stopped at the fourth syllable.

In terms of numbers, the Colombian fan presence was superior on many occasions in this tournament, both on the streets and in the stadiums, but the side was lacking something in banter and songs bellowing through the crowds. This isn’t normally a problem for fans of the club game in Colombia. So, fans of La Seleccion: use your numerical advantage, unite your voices and let’s scream and shout Colombia to a higher level! 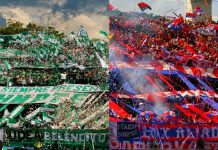