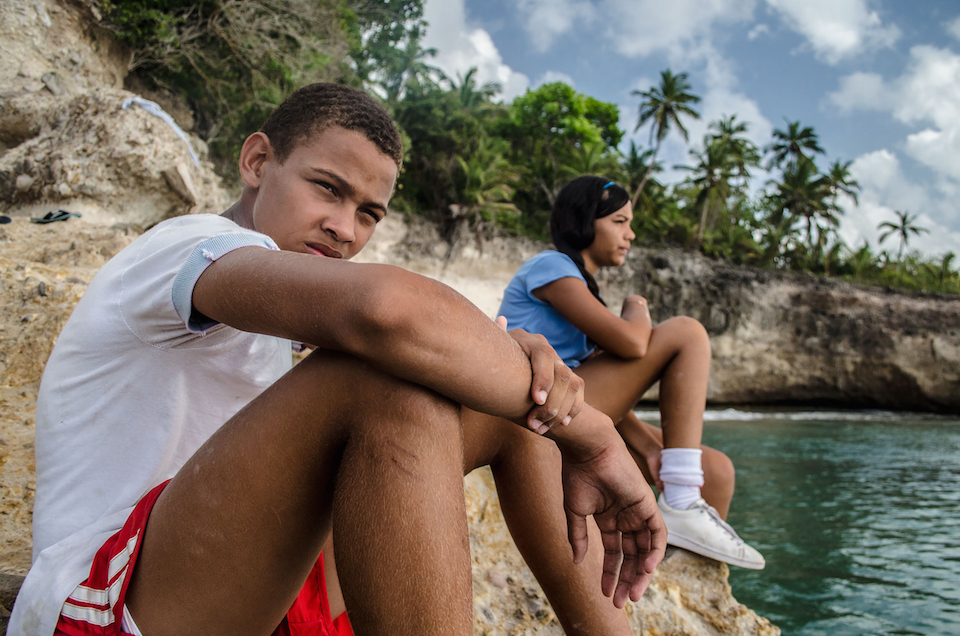 El día de la cabra is a mystical comedy that follows the story of two siblings who accidentally run over a goat. The duo then have to go to great lengths to find the money to repair their father’s truck which hit the goat – and get rid of the bad luck received from killing of the goat (whose name is Vincent Van Goat – best goat name ever).

Beautifully shot in Providencia, the film exposes the culture, tradition and language of one of the most authentic regions of our country. Fully spoken in Creole, the native language of the region, the movie does an exceptional job at capturing the atmosphere of Port Paradise with gorgeous natural locations and credible performances by local actors.

The best of these performances are delivered by the two siblings Cornelius “Corn” Denton (Honlenny Huffington) and his older sister Rita (Kiara Howard). With subtlety and effectiveness, they manage to recreate a very common situation in any household: sibling rivalry.

This 24-hour adventure presents us with a colourful cast of islander characters who provide amusing moments as well as a glimpse into the routine of their lives, mostly unknown to the average Colombian.

The big accomplishment of the movie is the treatment given to the relationship between brother and sister. Writer director Samir Oliveros based the screenplay on his own difficult relationship with his sister, which can explain the accuracy of the conversations and actions in the multiple feuds between them.

This accuracy makes the audience cheer the many bad – but fun – decisions the two teenagers keep making, even when they steal, gamble and pawn their way into a solution. These situations are amusing to see and relatable to anyone who’s ever gone through growing pains.

Ultimately the movie is an exotic, feel-good experience that explores a region with its unique way of living and tells a reconciliation story in a very human and sincere way. At 76 minutes the film is unpretentious, honest, and definitely worth watching.