As English language changes, you want to be on the right side of his(or her)tory.

The times they are a-changing and language is a-changing with them. Since languages are organic creations of human culture, as that culture changes so too do they. The language used by Shakespeare is so different to modern day English that secondary school students usually reach for their dictionaries. That’s quite old, but even texts from the Victorian or Edwardian era sound very strange to a modern ear. A lot of people ejaculate in Arthur Conan Doyle’s Sherlock Holmes novels, yet the modern meaning of the word gives the whole thing a comical feel.

As a language learner, you need to know where the language is going, not where it has come from. There’s little point wasting your time learning words and phrases that are going out of fashion, for a start. Also, you want to sound modern and up-to-date, not like some bizarre Victorian cliché. Actually, I quite like sounding like a bizarre Victorian cliché, but I’m not a good role model in general. Do as I say, not as I do.

To avoid the problem of he/she; his/hers etc, English now tends to use third person plurals when gender is unknown or irrelevant. An example: “When a person arrives, they see the bar first.” In this example, although the person is singular (a person) they represent any random person, and so are of indeterminate gender. To avoid the rather ugly he or she, we simply say they. If it helps, imagine that the person is actually male and female and therefore plural.

For decades now, English has been shifting to more and more gender-neutral language where necessary, appropriate and possible. So, firemen are now firefighters, businessmen are business people and policemen have become police officers. Also, many feminine versions of jobs are disappearing, so we have male and female actors rather than actors and actresses.

There has been a growing trend towards informality in English. In general, regular American English is still more formal than regular British English, although exceptions persist, of course. The old idea of addressing men as Sir and Mister and women as Madam or Ma’am is certainly slipping away. To be honest, it sounds almost sarcastic at times, and definitely old-fashioned.

Text-speak and its place

As mobile phones become ever-more present in our lives, so too does text-speak. Parts of text-speak have made their way into regular speech (yes, people really do say lol now) and it is becoming more accepted in emails and other written communication. The real key for learners of English in the future is understanding when text-speak is OK and when it’s not. That’s not so difficult (and of course the rules are still being defined) – simply use common sense and think about if you would use Spanish text-speak in a similar situation.

‘Have to’, ‘must’, ‘ought’ are a bit different in real life and in English textbooks. You may have been taught that have to and must are different because of external and internal obligation. That’s really not true in any sensible way any more. Nowadays the difference is more that must generally feels stronger and have to is less dramatic. South Africans use must a lot.

Read all our English language articles

Ought to isn’t changing its meaning, but it is being used less and less. In your classes, I would focus on using should and recognising ought to but not worrying about using it so much. A bit like the ‘vosotros’ form in Spanish for us foreigners living in Colombia. It exists and we want to be aware of it, but it’s not a usable form.

English is very tolerant of regionalism. From South Africa to India to the Caribbean to the British Isles  and even the USA, different varieties of English follow their own rules and often have grammatical and lexical differences. Unlike some languages, there’s no unifying standard, so usage becomes the final decider of correctness. Interestingly, English is developing within the EU now, almost entirely among second-language speakers.

With Britain set to leave and currently sulking like a brat in the corner, the four million Irish speakers and handful of Maltese will be the only remaining native speakers in the Union. Despite this, for political reasons English is likely to continue as a neutral language of communication – with some twists. For example, the progressive tenses are being used more frequently and a whole new lexicon is developing to handle EU-related matters. In general, English is being pulled closer to other European languages – actual is often used in the Spanish sense, for example.

Just as certain words in Spanish now seem absurdly old-fashioned, words in English also fall in and out of fashion. Cool was the big thing when I was a young’un, and it has stuck around. Wicked (meaning good) didn’t stand the test of time though and fell away. There’s rarely a lot of logic to these changes and it’s worth just watching the language that you see and seeing what you notice being used more and more.

Also, some words change their meanings over time. When I was younger, disinterested and uninterested had separate meanings only. As the years marched on though, people increasingly used disinterested to mean uninterested. The OED eventually accepted that there were enough of these people to mean that disinterested now both has its original meaning and is also a synonym of bored. As many of you might feel after reading that, I suspect.

Some big words from last year.

Not all of these are exactly from 2019, but they’ve all started to go mainstream over the past year or so.

Cannabusiness – the growing industry related to cannabinoids as they are legalised in more and more places.

Upcycling – using as much as possible of an item.

Firehosing – Telling as many lies as possible as fast as possible to make life difficult for fact-checkers.

Cryptocurrency (or simply crypto) – currencies that don’t physically exist, such as Bitcoin

Deepfake – Videos that have been significantly altered, often with special effects, to present a convincing lie.

Snowflake – Easily offended people, perceived to be poor at taking criticism. (Not new, but got big this year.)

Quid pro quo – After centuries of extremely rare usage, you’d be hard pressed to find an American news story right now without this Latin phrase for a tit for tat.

Woke – To be fully accepting of (usually) progressive points.

Salty – To be bitter or angry (Jürgen Klopp complaining about VAR after Liverpool drop points).

Trigger – to cause offense. 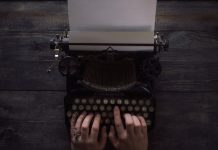 Lights, camera, byline: how to write a film review