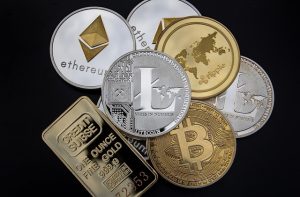 Over the past few years, cryptocurrencies have exploded in popularity, drumming up global interest from investors with their promise to disrupt a number of multi-billion dollar industries. But not all investors are so enthusiastic.

As cryptocurrencies have also caught the eye of businesses looking for an easier way to raise funds through initial coin offerings (ICOs), they’ve quickly threatened venture capitalists’ stronghold on startup investments. In fact, since 2017, ICOs have delivered at least 3.5 times more capital to blockchain startups than VCs, demonstrating the relative ease with which startups can now secure funding without the need for venture capital.

While this is just one of the reasons VCs dislike cryptocurrency investments, they actually have a lot to gain by using them to invest in startups, particularly in emerging markets. In places like Latin America where startups traditionally have had a harder time fundraising, cryptocurrencies are a perfect way to bridge the gap. Here’s why:

Venture capital is the driving force behind the 60-year-old Silicon Valley model, which epitomizes the famous economic theory of clustering. Under this model, investors, companies and universities cluster together in close geographical proximity to reap financial and other benefits from the cross-pollination of ideas.

However, this model is extremely complicated and takes many years to replicate. While certain places such as New York City, Israel and Scandinavia have been able to build similar clusters, the model has yet to take root in Latin America — and we shouldn’t hold our breath.

Capital in Latin America is not only harder to come by due to the region’s lower income levels, but it’s also more spread out. Moreover, the region is home to very few VC firms and minimal governmental support, and the universities don’t promote the risk that is required of today’s entrepreneurs. As a result, the potential benefits and incentives of forming clusters like those present in Silicon Valley are limited, consequently limiting the opportunity for investors in the region, too.

Fortunately, thanks to modern technology, there is no need to go about building a Silicon Valley replica in Latin America. In today’s world, it’s possible to take online classes from anywhere in the world — including classes from Silicon Valley’s prized Stanford University. Additionally, remote collaboration tools also allow entrepreneurs to access talent and build a business from anywhere. What this means is that, for the first time, people don’t need to be born in, or even move to, the “right” place to succeed as an entrepreneur.

For venture capitalists, though, this means that they must adapt their approach to investing in Latin America — and cryptocurrencies are a great place to start.

ICOs as a funding method surely have a lot to offer startups. As securing venture capital has historically proven to be a challenging endeavor for any startup, and particularly those in Latin America, ICOs have emerged as an alternative to meet entrepreneurs’ capital needs.

Put simply, cryptocurrencies democratize investment opportunities for individuals to invest in startups, just as VCs would. Traditionally, in the United States, for example, people could only invest in startups if they were accredited investors; through ICOs, however, the power to invest sums as small or large as desired is extended to everyone, giving startups unprecedented access to the capital required to build their businesses.

This isn’t just good news for startups and common investors, though. This type of crowdfunded investment also offers venture capitalists the opportunity to gauge the public’s initial reception of an idea, and better understand the likelihood that it will succeed or fail. This is just one of the reasons our own venture fund, Rokk3r Fuel ExO, plans to begin investing in ICOs, as well as other security token offerings (STOs) and token generation events (TGEs) across Latin America. Additionally, since anyone can invest in a startup through an ICO, cryptocurrencies can serve as a great way to build support and mass adoption for an idea early on.

Thus, it is actually in the interest of VCs to support and invest in startups’ ICOs, and use them to drive adoption of their products or services. Under this model, as startups win, so too do the VCs with vested interests. In some cases, the ICO model can even help startups skip a couple of funding rounds (Series A or B), which prevents fund dilution to everyone’s benefit.

Just as startups in Latin America have limited options when it comes to funding, investors in the region have limited options for investment. In Latin America, very few companies are on public markets. In fact, in Colombia, the value of the stock market is less than 40 percent of the country’s GDP. It’s a similar number in Brazil, Latin America’s biggest market, as well. In comparison, the United States trades an amount equivalent to over 140 percent of its GDP.

For common and institutional investors in the region, this has serious implications. First, it means that they don’t have a lot to choose from when it comes to investing. Due to the fact that very few companies trade publicly, most investors are forced to invest in only a few large companies, instead of a number of emerging companies. In other words, because there is no marketplace or institutionalized protocol for private investments, investors are limited by who they know as well as their own ability to assess investment opportunities. This translates to a lack of excitement and relatively low returns, incentivising many to look abroad to invest.

The fact that very few companies are traded publicly hints at a second problem for investors in the region: exit opportunities are few and far between. In fact, exit markets are said to be one of the main challenges for venture capital in Latin America, meaning that current investment options are not very liquid.

Cryptocurrencies, however, give investors an easy way to liquidate their investments and earn their capital back. Once a cryptocurrency project launches and is listed on an exchange, it trades live around the clock, giving investors the option of selling off their stakes in a company whenever they want. Thus, as soon as VCs lose faith in an investment, they can pull the cord and cut their losses to a minimum, unlike traditional VC investments. Accordingly, VCs can leverage cryptocurrency investments to access not only more, but also more liquid, investment opportunities. 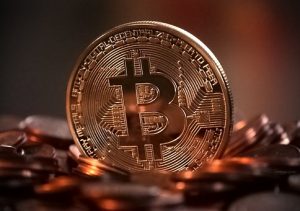 Blockchain and smart contracts can fight corruption and weak central institutions. Finally, VCs in Latin America can benefit greatly from cryptocurrencies’ underlying blockchain technology as a way to protect themselves from corruption. “Historically, Latin American countries were characterized by having weak democratic institutions and authoritative governments, the perfect combination for the spread of corruption,” writes Guillaume Corpart for Americas Market Intelligence.

However, cryptocurrencies show promise to change that. Blockchain can be used to create smart contracts that execute automatically once certain conditions are met. In a region characterized by flagrant corruption and weak central institutions, these self-executing contracts can fight corruption by eliminating the need for the interpretation of contracts and ensuring their accurate execution.

This is important for Latin America because corruption and a weak rule of law have often made outside investors more hesitant to invest in the region. With cryptocurrencies and smart contracts, though, VCs can bypass central institutions like banks and governments, and bring increased transparency to the investment process. Accordingly, smart contracts could therefore encourage more people to invest in the region.

Cryptocurrencies are already showing themselves as a valid option for startups looking to fund their businesses — and VCs should take note. “This is a boom that should terrify venture capitalists. It has exposed shortcomings in both their funding models and their worldview,” writes Richard Waters in an article for Financial Times. But if VCs can change their mentalities to reflect this new funding model, they actually have a lot to gain, including a brand new market in Latin America.

Germán Montoya is Board Member at Rokk3r, a global idea-to-exit ecosystem for exponential startups, and General Partner at the venture capital fund Rokk3r Fuel ExO.

Latin America rises up in unison